Handed in by ‘Lake’. 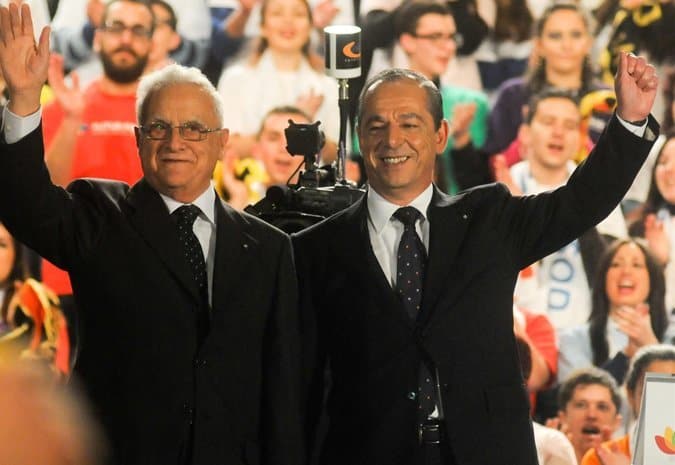 In medieval days, kings were supposedly bestowed onto their people by God himself. A “divine” mechanism which instilled immediate, forced and unconditional loyalty towards the newly crowned King.

Unlike medieval kings, I always thought that modern day political leaders gained the loyalty of their supporters, over time, through actions and decisions which are themselves intrinsically loyal to the “raison d’etre” of that same political party which they lead.

For as long as I can remember all Nationalist Party leaders, upon election, went through this process of consciously building up the trust and loyalty of the party supporters. It is this same build-up of trust and loyalty that allowed the Nationalist Party to coherently unite people of different political opinions and allegiances within its ranks. One of Eddie Fenech Adami’s first decisions upon election was to pull his weight to make sure that Guido DeMarco was elected as his deputy leader. A positive move which immediately healed and instilled the first glimpse of trust within DeMarco’s own camp.

Not so long ago Joseph Muscat, upon his election as party leader found himself in a similar situation. Fully aware that the Labour Party needed the Mintoff faction reconciled again within its ranks. He made it his own priority to make sure that this reconciliation was effectively done and in so doing planted the first seed of trust within a faction which marginilised itself from the Labour Party since the times of Alfred Sant.

Yet Adrian Delia came along and like the medieval kings of old, demanded instant and “divine” loyalty.  At a time when the Nationalist supporters were gripped in a state of grief, he coined phrases such as “The establishment” and “Dik il-biċċa Blogger”. Words which from the onset would alienate different factions of  Nationalist Party supporters into a state of absolute distrust.

He coined such phrases whilst a dark cloud of serious and unprecedented accusations hovered over his head. Any prospective leader of untarnished substance would have calmly and factually proved his innocence. Yet to the disbelief of many, including myself, he  went on a hysterical Labour-style rampage, attacking and vilifying Daphne Caruana Galizia. In so doing he quickly marginalised the “free thinking” voters – a section of the electorate which has historically always been essential to the PN’s prospects at the polls. Yet another faction, yet another seed of distrust was planted.

Upon his election as party leader, Adrian Delia consciously missed out on another chance to plant the seeds of reconciliation and trust. Unlike most of his predecessors, he missed out on the opportunity to shift his weight to make sure that one of the two vacant deputy leader posts be filled by his direct contestant for the party leadership race.

Adrian Delia continued to alienate voters from within the Nationalist Party. His conscience and premeditated decision to side-line the PN’s fight against corruption was compounded with the farcical blunders and u-turns on what little was published of the Egrant enquiry. Adrian Delia could have masterfully placed the ball into Joseph Muscat’s court by demanding the full Egrant enquiry before proceeding for Simon Busuttil’s resignation (if at all warranted). Yet his haste to rid himself of Simon Busuttil from within the Nationalist Party’s ranks clouded his better judgement. All to Joseph Muscat’s pleasure.

With a few months to go to the most recent MEP elections, during a Times Talk interview, Adrian Delia argued that Occupy Justice should be fighting on his platform, oblivious to the fact that pressure groups such as Occupy Justice were brought to be, specifically, because of the PN’s absence and immobilisation after the murder of Daphne Caruana Galizia. The seeds of distrust which he previously planted with sympathisers of the late journalist meant that he was too inept to pick up the banner that fell on that faithful afternoon of the 16th of October 2017.

Just imagine Eddie Fenech Adami’s PN being inactive and immobile after the murder of Raymond Caruana and the subsequent frame up of Pietru Pawlu Busuttil. What country would we be living in today?

In a previous appearance on Times Talk, in full knowledge that the PN under his stewardship was then even further away from Labour in the polls than it had ever been, Adrian Delia noted that “It took nine years for Eddie Fenech Adami to get into government, not one….maybe people forget” When he was told that Eddie Fenech Adami did in fact win a majority in 1981, and that it wasn’t his fault but the constitution that had forbid him to take power, Adrian Delia coldly replied “He didn’t get to government… it’s nobody’s fault ever, is it?”

Newly elected leaders tend to elevate themselves, in actions and words, to the level of their most distinguished predecessors. Yet Adrian Delia seems to be in constant need to lower his predecessors to his own level in order to cover up for his shortcomings. A constant trend that spews weakness.

His weakness, compounded by his inability to earn loyalty over time, have made Adrian Delia untrustworthy. It is therefore unsurprising that the latest Maltatoday survey resulted in a petty 15.8% trust rating for Adrian Delia, with only 39% of Nationalist voters now trusting him.

It is now up to the Councillors of the Nationalist Party, to use their vote wisely, to plant the much needed seed of trust and loyalty that shall one day blossom into a united, functional and trustworthy Nationalist Party.