GUEST POST: When the end justifies the lying means

Yesterday’s Appeals Court decision in the libel suit brought by Jason Azzopardi against Owen Bonnici is a shocker. A lawyer with specialist expertise in libel law writes why. 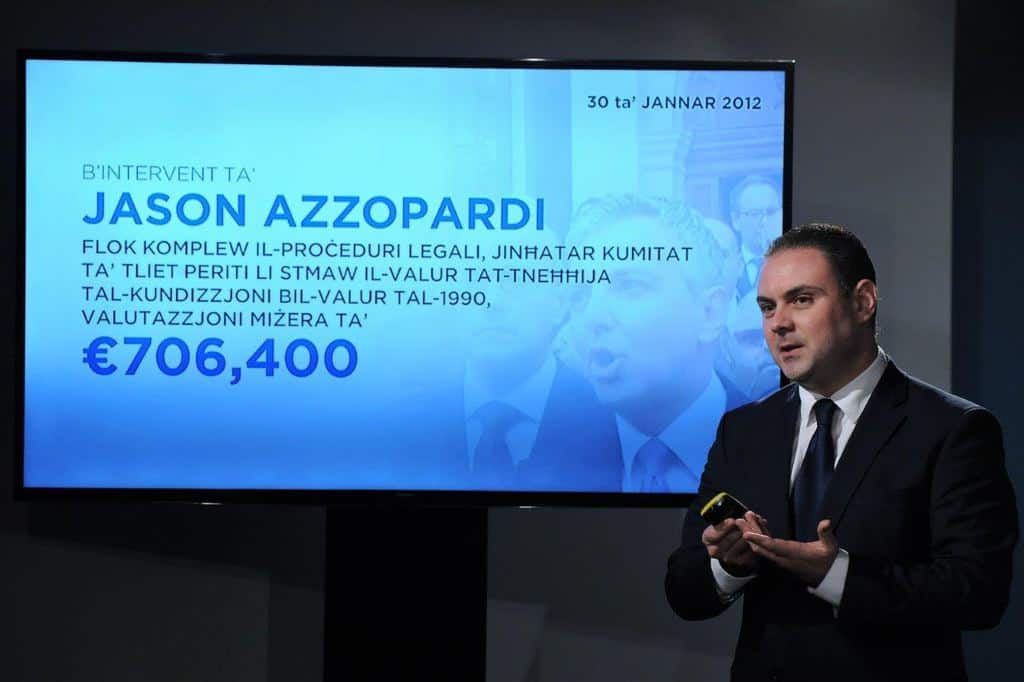 So the Court of Appeal yesterday rejected a libel suit filed by Jason Azzopardi and upheld Owen Bonnici’s defence.

To many, this may seem like another run-of-the-mill libel suit with which politicians masochistically seem to enjoy clogging up the Courts. Take a closer look: it isn’t. This represents one of those regressive points in the history of our Courts where we really need to be concerned about how judicial appointments work and the very real effects they have on the administration of justice.

Let’s break this down a bit. How do you build a successful case for libel?

Simple. There are three elements that need to be established in a libel suit: there needs to be a defamatory lie, the publication of that lie in some form, and the identification of a person as the subject of that lie.  The second two points aren’t really in dispute in this case.  Owen Bonnici actually said that Jason Azzopardi met Nazzareno Vassallo, and Jason Azzopardi was very clearly identified – so neither of the two parties was really debating those points.

Now that’s out of the way, let’s analyse the first element, concerning whether there was a defamatory lie in play or not.

Owen Bonnici had stated that Jason Azzopardi had actually met Nazzareno Vassallo and offered some kind of reassurance that a “compromise” (nudge, nudge, wink, wink) would be reached over the Loewenbraeu land.

Jason Azzopardi categorically denied that a meeting had ever taken place, and by consequence denied that he had ever suggested such a “compromise” to Nazzareno Vassallo.  It was therefore incumbent on Owen Bonnici to prove two things: (1) that the meeting had effectively taken place, either by producing witnesses who had been present for the meeting, or by putting Nazzareno Vassallo himself on the witness stand; and (2) that a discussion had taken place in which some sort of compromise was discussed.

Owen Bonnici proved neither of these two elements.  He didn’t place Nazzareno Vassallo on the witness stand and didn’t provide any evidence of any meeting has ever taken place between the two.  By default, therefore, what he had stated was untrue, a fact acknowledged by the Court itself that expressed doubt that such a meeting had ever occurred.  In a normal country, this would have been enough for Jason Azzopardi to win the libel suit hands down because at this point all three elements of the libel suit would have been successfully proven.

The Court of Appeal seems to have taken the perverse view of stating that even though an untruth had been uttered, and even though that untruth implied that there had been some sort of facilitation by Jason Azzopardi to reach a ‘compromise’, that untruth did not tarnish Jason Azzopardi’s reputation.  According to the Court, Jason Azzopardi was the member of government responsible for the transaction at the time and therefore had to shoulder responsibility for it, regardless of Owen Bonnici’s manifest untruth.

This is somewhat absurd and throws years and years of jurisprudence on the matter of libel cleanly out of the window.

The Court will no doubt disagree with anyone who suggests that it effectively sanctioned Owen Bonnici’s untruth, but there it is.

It decided that a lie, an untruth, a falsehood is entirely justifiable and amounts to fair comment.  It seems to be acceptable for the Minister of Justice (the same Minister who appoints judges to the bench, and who will ultimately be deciding who fills the post of Chief Justice in a few months’ time once it becomes vacant) to get away with an untruth, but not anyone else.

We’ve truly walked through the looking glass if we now have the word of a superior court stating that lies are justified and amount to fair comment.  If the truth is no longer sacred, then what is? If it’s now ok to lie and be patted on the back for doing so, then why should we bother with the truth at all? The end has indeed come to justify the means in every way.