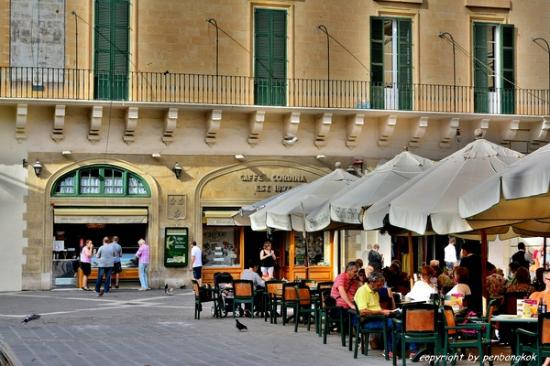 I have learnt with time that good journalists mostly ask questions they already know the answer to.

Another international TV news crew was in Malta this week and they wanted to speak to me on an aspect covered in this blog. As with practically all international news teams visiting Malta they have been unsuccessful in persuading anyone in the entire government to sit down with them and answer their questions. And then the government complains these reports are ‘one sided’ because they report the views of the government critics willing to answer their questions.

I met this particular crew this week in Republic Street, Valletta. They asked me if we could have an interview sitting down at a cafe outdoors, sipping a coffee. I’ve been in this situation before. I told them I have no problem but they needed to ask the owners permission. And I gave them a knowing smile.

They went inside and asked for the manager of the cafe. They asked if they could film an interview at one of his tables and he said it was no problem at all. I was waiting outside at the time.

We sat down and ordered coffees. Two muscly guys, wearing dark glasses and a crew cut walked by and recognised me. They growled, taking in the scene of a camera being set up and walked round the next corner. The journalist spotted them and asked me if I thought they were secret police. He said they looked the type. I said I didn’t know them.

A minute later the manager came rushing out of the cafe’. “You didn’t tell me this was going to be about politics,” he squealed at the journalist while pretending I was not there.

“Who told you this was going to be about politics?”, the journalist asked.

“I’m sorry,” the manager said. “I have to ask you to leave. This is Malta. You can’t talk about politics here”.

We left the coffees and walked away. The journalist asked me if we should try another cafe and I told him I needed him to see that. It would be no different elsewhere. This has happened to me before. In other cafes as well. We’d better do this standing up.

Having been thrown out of Cafe Cordina we walked to where the Cafe Premiere used to be and stood for the interview under the arcades.

A few minutes in we were spotted by junior Minister Aaron Farrugia. He was walking in his suit down Old Theatre Street accompanied by two men who looked like Ministry hangers on that are euphemistically designated ‘messenger/driver’ on the official books and don’t wear suits to work in summer. 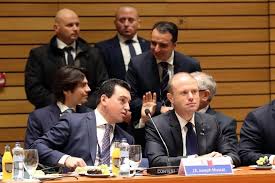 He stopped, turn his toes to face us and outstretched his arm using his index fingers to point at us emphatically. He had that look of someone who has just discovered treason and is dramatically revealing it to witnesses.

I saw him and I told the journalist interviewing me, the gentleman pointing at us as if we were committing a crime was a junior Minister of the government. They swerved the camera to point at him and moved to ask him questions. For a second Aaron Farrugia thought it would be a good idea to reply but then he changed his mind and reverted to form. And he walked away back on his way. He had made his point.

Then the journalist turned the camera back to me and asked me his next question: “What is the atmosphere in Malta for people opposing the government?”

I have learnt with time that good journalists mostly ask questions they already know the answer to.

Previous:Step by step
Next:Is Joe Brincat filing a case on this?