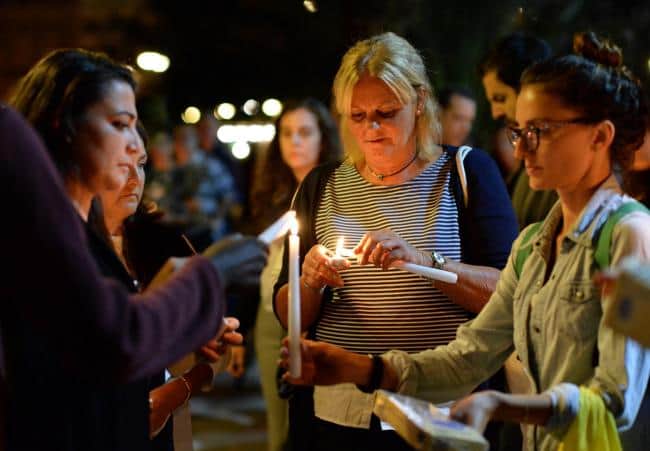 A study published in specialist academic journal Early Human Development measures the impact on the rate of boys born in a society living in the aftermath of the assassination of journalists. The study, authored by Thomas Calleja, measures changes in the ratio of births between boys and girls after Veronica Guerin was killed in Ireland in 1996 and Daphne Caruana Galizia was killed in Malta in 2017.

Typically, more boys are born than girls. But in times of collective shock like the aftermath of terrorist attacks the impact of these events has been shown to change that ratio and reduce the success rate of pregnancies with a male foetus.

“Exogenous shocks such as terrorist attacks and warfare are known to be associated with suppression of the male/female ratio in the months following their occurrence. This is hypothesised to be due to the selective male foeticide in pregnant mothers during periods of stress.”

The study found an “evident dip” in the number of boys born in Malta in the months after Daphne Caruana Galizia was killed.

“These findings add weight to other studies where a significant dip occurred in the months following a major traumatic event, be it at a national or international level. Both the assassination of Veronica Guerin and of Daphne Caruana Galizia represented a massive shock to the psyche of their respective nations. By all means, they are ‘flashbulb memories’, comparable to the assassination of President Kennedy, which had similar effects on the male to female ratio. To the author’s knowledge, this is the first study showing a dip in the male to female ratio after assassinations of journalists. Daphne Caruana Galizia’s brutal killing was devastating locally, sending shockwaves across the globe.”

The author refers to the collective shock after the arrest of Yorgen Fenech and the contamination of very senior political figures in the assassination. Thomas Calleja suggests the male to female birth rate ratio in the months following Yorgen Fenech’s arrest last November is measured to assess whether it had the same impact on our society as the news of the assassination itself.

The study’s abstract is linked here.