Continues from yesterday’s piece filed by someone known to me: 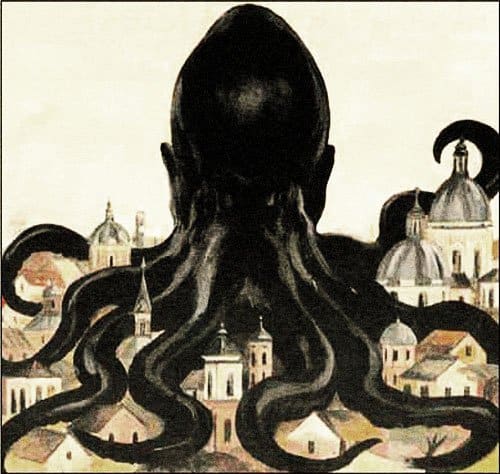 Cosa Nostra’s activities include protection racketeering, arbitration of secret contracts between shady entities and the organisation and oversight of illegal agreements and transactions, where all three parties profit, including the mafiosi who claim considerable brokerage or commission fees. Among their other activities are participation in high risk lucrative industries, like the drug trade, gambling, money laundering, exploitation of migrants and refugees, protection and promotion of the prostitution industry, extortion, smuggling, intimidation, bid rigging, vote buying, political bribery, terrorism, assault and contract killings, theft and fraud. Some of these are not unheard of in the wider circle of mafia activity here in Malta. Add to that the MLP’s (Mafia Labour Party) innovation, the peddling in passport sales.

They may not agree with the term but the MLP is flush with funds from their protection racketeering. Their clients know that in return for their donations, their illegal activities will be immune from investigation or prosecution. Likewise, they get protection from competition by other more competent bidders through the MLP’s interference with the bidding process. Their illegal activities or contracts will be “legalised” by the MLP government. Also, they ensure that an eye is closed to their client’s tax evasions or money laundering. Tax debts might be forgiven, VAT fraud tolerated and fines might be waived. The clients are secure in the knowledge that their illegal permits will be issued as any opposition is ruthlessly swept away by the MLP. Mafiosi promise protection and invest capital in smuggling gangs, ensuring that the smugglers operate in safety. Through control of public and private contracts, mafiosi muscle out competitors and win contracts for the companies they control or those companies favoured because they paid protection money. They rarely manage the businesses they control but take a cut of their profits usually through pay offs.

In Sicily, it is desirable for some to be part of Cosa Nostra as they receive a great deal of respect. There is or there was some covert popular support for the mafia organisation. To offend a mafioso is to risk lethal retribution from his colleagues. Mafiosi have an easier time getting away with crimes, negotiating deals or demanding privileges. A full member also gains the capacity to participate in various protection lucrative rackets. The primary activity of the mafia is to provide protection from prosecution, thereby creating a culture of impunity.

A Marsa based network of well-paid assassins seemingly well connected with some MLP senior politicians operated with impunity although they were well known to the police. The mafiosi seek to generate trust in areas of the economy where the police and courts cannot be relied on. Putting it bluntly, any MLP member or client can do what the hell they like at the expense of the common good because they have that guarantee of immunity now that the MLP controls all state organisations.

If any member of Cosa Nostra is imprisoned, they put aside funds to ensure the family of the convict is generously compensated. When an MLP member is caught red handed in some impropriety, they are “suspended” or “dismissed”, but they are invariably promptly reinstated in some other lucrative post. Remember the scandalous ministers Manuel Mallia, Michael Falzon and Konrad Mizzi. This is reassuring for their members and their ever-growing list of clients which constitutes just under half of the voting population. The MLP have protected many clients – landowners, developers, councillors, hunters, drug dealers, sex offenders, smugglers, entrepreneurs, bankers.

While some people are coerced into buying protection through donations, there are many clients who actively seek and benefit from MLP protection. This is one reason why Cosa Nostra has resisted more than a century of government efforts to destroy it. The people who willingly solicit their services protect the mafia from the authorities. If one is enjoying the benefits of mafia protection, one does not want the police arresting one’s mafioso. When both Mussolini and the modern Italian government cracked down on the Sicilian mafia in the wake of the assassinations of high-profile investigators, their support among the civilian population paradoxically increased. Likewise, in Malta, every revelation of major MLP corruption was followed by a surge of popular support.

Cosa Nostra’s power comes from its reputation to commit violence against virtually anyone who crosses it. This is crystallised in the MLP’s chilling claim “li nwegħdu nwettquh” and “nibżgħu għan-nies tagħna” or the threatening “jekk tweġġgħu lil wieħed minna…”

Their ruthless efficiency in achieving their goals through any means, legal or illegal, is reassuring to their clients. It’s a kind of insurance or guarantee for the profiteering client. If illegal, it is either conducted in strict secrecy or somehow “legitimised” through heavily redacted useless contracts. Moreover, the client has the reassurance that his integrity will be unconditionally protected and that the terms of the corrupt deal will materialize to his advantage irrespective of the public opposition. Through that reputation, the MLP deter enemies and enemies of their clients.

Yorgen Fenech said that Keith Schembri would go through hell to protect him. Reputation is especially valuable for a mafioso, as his primary product is protection through intimidation. The mafia wages a campaign of intimidation and harassment against journalists, officials, whistle-blowers and policemen who dare to cross them or their associates. Remember how the MLP protected Pilatus bank and hounded the Russian whistle-blower across the ends of the world.

The police are frustrated by the lack of help they receive from witnesses and politicians connected with mafia crimes. The MLP can be relied on to stall or to abort any police investigations. The mafia activities and communications are never put on paper, so no evidence can be uncovered. Joseph Muscat and Keith Schembri unethically used their private email accounts for government business so that their communications cannot be traced. A semiliterate Labourite once exclaimed on Xarabank “Imma kif tista’ ma tħobbhomx lil-Labour? Għalik kollox jagħmlu.” Anything.

From recruiting police with a criminal record to deleting criminal judgements from the online court judgements; from awarding warrants to law graduates found guilty of fraud to appointing judges with a disciplinary record; from procrastinating in sacking a relapsing corrupt judge so he can retire and obtain a full pension to reinstating officials previously sacked for corrupt practices. Not to mention arranging for their supporters to skip hospital waiting lists. Not to mention the appointment as judge of the former MLP deputy leader who protected with the collaboration of bent police a drug trafficking racket within the MLP. Do not forget that the former Home Affairs minister gave an amnesty that resulted in the immediate release of almost 150 criminals. This was done to commemorate MLP’s electoral victory and had cabinet support. He announced in the prison grounds surrounded by exultant criminals. That semiliterate supporter on Xarabank went on to refer to the MLP clan as his guardian angels. No wonder.

In Sicily, politicians court the mafiosi to obtain votes during elections. A mafioso’s mere endorsement of a certain candidate can be enough for their clients, relatives and associates to vote for that candidate. Politicians usually repay this support with favours such as sabotaging police investigations or giving contracts and permits. In Malta, the MLP in government controls the public treasury and practises wholesale embezzlement. They buy votes through the creation of thousands of unnecessary phantom jobs. Karmenu Mifsud Bonnici illegally created several thousand jobs on the eve of the 1987 election, Joseph Muscat illegally created 1000 such jobs in Gozo on the eve of the 2017 election.

The vote buying responsibility falls on the customer care piciotti in the various decinas. Just as door- to-door salesmen solicit clients, these piciotti target every undecided or disgruntled voter in each district to offer them MLP protection. The currency of the bribe money is in the form of jobs, promotions, permits, concessions, bonuses, cancellations of fines, etc, which is no problem since the MLP controls every institution of the state.

In Palermo, Cosa Nostra heavily penetrated the construction industry. The huge demand for new homes led to a big building boom. It is appealing as it allows high levels of local economic involvement and is a good front for illegitimate operations. The result of this unregulated building was the demolition of many historic buildings and the erection of apartment blocks many of which were not up to standard.

Cosa Nostra took control of permit issuing which was shared with a handful of people who were frontmen for the mafia.Many buildings were illegally constructed but the mafiosi scared off anyone who dared to question the illegalities. Cosa Nostra obscenely boosted its coffers with this protection money, which ensured the construction companies were issued with permits. Also they brokered shady deals, preventing competition from other tenders who did not pay their protection money. Construction companies who were unconnected with the mafia had no option but to pay their protection money to stay in business. This situation is mirrored in Malta.