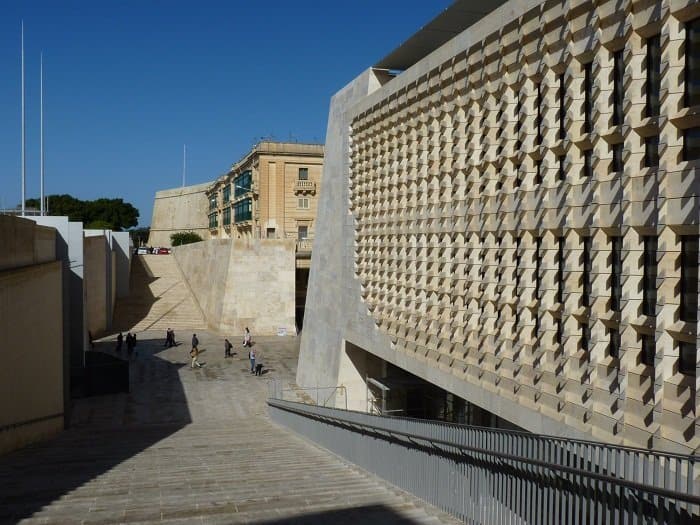 The crisis is virtually open. There is no need to declare it formally. There are facts that prove it.

Already during past weeks, political analysts, party activists, newspaper commentators and party parliamentary deputies have aired their concerns that the party reform programme, initiated by the PN leader himself, was being postponed if not also sabotaged.

The circumstances leading to such impasse needed to be publicly explained by the party leader and truthfully clarified. Instead the party leader was reported as clamouring at a Sunday valiant sermon that the reform is a ‘sine qua non’ and moreover asked alleged saboteurs to leave the party. Such outcry would have certainly placed the leader above all suspicion.

If ‘Truth be told’ is anything to go by on 27th February this website reported that “a number of MPs told this website that at yesterday’s parliamentary group meeting several MPs expressed frustration that in spite of their collective advice, party leader Adrian Delia stuck to his determined attitude not to make any shift in his position on points of disagreement.” Moreover, during Parliamentary Committees “any disagreement would be overruled and ignored creating a sense among MPs that their continued service in parliament is pointless.”

Marthese Portelli, intelligently and wisely, with whom I had briefly crossed paths some time before the 2017 elections in connection with her portfolio, opted to play down her resignation. If it is true that other resignations from the parliamentary group may follow, this could be interpreted as how right the tens of thousands who did not cast their vote in the 2019 EP elections were. Marthese is an asset for the party. Her resignation should have led to a rebellion in the party. But of course, this may not be the reality prevailing in the party. Perhaps this is but the thinking of an outsider.

Party Leadership in modern democracies can assume different intra-party formations. The thinking that parties need be led by a party-political actor acting as a ‘primus inter pares’ representative of the diversified array of party functions (and factions) including decision-making on political action with the whole party members just toeing the line is past its time. In Malta this arrangement was continued during the recent past with worrying results.

Political parties are central to modern representative democracy. They perform a wide array of democratic linkage functions and are the basic unit of action for representation.

The ‘parliamentary party groups’ (PPGs), consisting of legislators, are widely recognised as ‘necessary instruments’ of parliamentary business. They assist in preparing parliamentary activities, promote decisional efficiency and allow individual MPs to weigh on decision-making through the aggregation of policy preferences.

In parliamentary democracies, they constitute the linkage between voters, parties and parliaments and likewise contribute to a political system’s stability, transparency, and the accountability and legitimacy of its leaders. (Heidar & Koole, 2000).

Parliamentary party groups (PPGs) are more than a gathering of like-minded legislators: “they are organised.” (Heidar & Koole, 2000).

Firstly, PPGs are characterised by varying degrees of policy specialisation (ie horizontal differentiation). This becomes apparent from the division of labour in parliamentary committees and internal working groups, where individual MPs act as their party’s main policy expert in developing detailed policy proposals.

Heidar & Koole (2000) categorise the variations of possible PPG positions within the party organisation based on the functional and personal division of power between the PPG, the extra-parliamentary party organisation (EPO) and the party-in-government or opposition. The categories they find range from ‘autonomous PPGs’, with little external pressure on internal decision-making, towards ‘integrated PPGs’, with intrinsic functional and personal ties between the PPG, EPO and party-in-government or opposition.

The latter category is further subdivided according to the direction of influence: a PPG for instance is ‘ruling’ if it is dominant over the EPO and party-in-government or a ‘voting machine’ when it is dominated by these actors.

In a similar vein, Helms (2000) focuses on the relationship between the PPG and the EPO and identifies five possible patterns: (1) ‘parliamentary party dominance’ (the UK), (2) ‘party organisation dominance’ (France), (3) ‘integrative party leadership’ (Germany; overlapping PPG and EPO leadership), (4) ‘functional autonomy’ (the US; i.e. the PPG and EPO act largely independently: the former are key agents in the legislative process, the latter mobilise the electorate), and (5) ‘factiocracy’ (Japan, ie parties dominated by factions rather than by the EPO or PPG).

Given the above brief on party structures that by nature would have evolved over time and provide diverse organisation variants emanating from history, culture and citizenship, one need only take a general approach towards party leadership of the PN.

It is high time that the party starts discussing party positions rather than individuals. It is now common knowledge that the reform is proposing the posts of President and Vice-Presidents, “each focussing on specific aspects”.

One could consider creating a Chairman for the House of Representatives, who would head the Party Parliamentary Group (PPG) and separately a Party Chairman, who would lead the “extra-parliamentary party organisation” (EPO). Instead of resorting to possible PPG and/or EPO autonomy the party should introduce a mechanism focussing on integrative party leadership with overlapping decision-making processes in connection with the party’s political programme.

The PPG leader shall be responsible for all parliamentary matters with a number of deputies serving in parliamentary committees and internal working groups as experts focussing on the party’s main policy and in developing detailed policy proposals. They shall be the party spokesperson propagating general party policy statements and initiatives as concluded through official party structures.

The EPO leader would be assisted by a Vice-Chairman, responsible for party renewal, and would chair a party administrative committee covering finance and fund-raising, communication and media, membership and district offices, the various party specialised branches and include a number of advisers on targeted expert fields of a socio-economic, cultural nature. They shall endeavour to improve the level and quality of deliberation among all party activists and provide for any required training and education. The EPO would be responsible to embark on theme-specific studies and research originating by EPO itself or on demand by the PPG. This is where AŻAD can have a leading role.

Someone I know working at the German CDU explained to me that it is a fallacy to believe that his country’s opening its frontiers for immigrants in 2015 was just the political initiative of Angela Merkel. It was a co-decision.

Unfortunately, it is not the case of going into further details. People in the know would certainly know better. Well organised party factions, as long as these have no serious reservations on matters of principle, should continue to flourish provided that they could make themselves known and can propagate their ideas for party outsiders to identify themselves with their thinking.