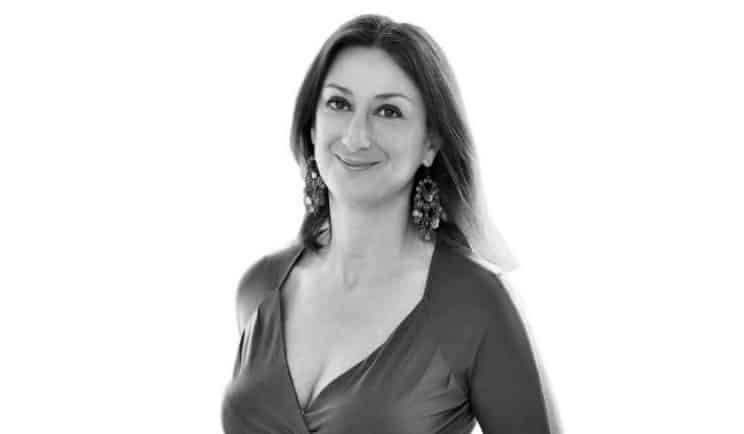 Have you ever heard the song of a nightingale? It’s very seductive. Its harmony hypnotic and many are held in awe of it. Poets have dedicated works to it. But allusions can very easily be illusions. It’s not the first time a crow masqueraded as a nightingale and so in King Lear we are warned that:

‘The foul fiend haunts poor old Tom in the song of a nightingale.’

The gods have decreed that even our benighted country should suffer its own foul fiend. Joseph Muscat: a Johnny come lately from the sticks. He has been labelled ‘ġidra’, others revere him as a genius, those of us less impressed, see him as an insignificant monkey dancing to the tune of a much shrewder organ grinder.

Whatever the label, he has certainly managed to seduce us. We are not only Tom but also Dick and Harry. He has seduced us with a fake nightingale song.

Did I say us? Well most of us. For starters this indomitable lady pierced his mediocrity practically from the first day he appeared on the scene and exposed it for what it was and that, beautiful as the nightingale sings, its song loses all musicality when it comes out of the foul fiend’s mouth and slowly but surely all those sweet promises of transparency, meritocracy, accountability, good governance, etc. But most particularly zero tolerance to corruption came to be seen as hollow as the one who had uttered them.

But try as she might, with an inimitable turn of phrase and a clarity and sharpness of wit that was the envy of most, she couldn’t make any headway with those ingrained with a false ideology that is Labour nor, of course, with those whose criminality was a thriving business.

A well-oiled propaganda machine supported by an arrogance which drew sustenance from a fundamentalist support told them that everything was hunky dory. In spite of all this, the eagle had landed. Daphne Caruana Galizia’s terrier like jaws were relentless and everyday this cabal of evil was being stripped naked. She was a growing pain in their arse.

To pick out a commonly used statement from westerns, they realised that ‘This town ain’t big enough for the both of us’. She had to go, and sure enough she went. Somebody’s self preservation depended on it and demanded it.

She went. But did she die? How can you kill the spirit? Her spirit invaded a number of people particularly her own family and a number of other journalists, local as well as foreign. The Daphne Project was created and in a way the Phoenix has risen from the ashes. The self proclaimed, tattooed invictus was getting hotter and hotter under the collar and no amount of votes or elections won, could give him the serenity he so much craved for.

Local and European pressure started taking their toll until eventually it also spread on his cronies whom he had sustained over the years but who were beginning to feel the panic that was gnawing at their political future.

A Daniel had come to judgement: Robert Abela, reputedly his adviser, looked him in the eye and plainly told him that his closest friend since school boy days had been screwing him. Yes, this luminary, this latter-day Rip Van Winkle had woken up from his hibernation, had an epiphany and told Joseph Muscat ‘ħallejt lil dak il-kornut ifottik’ (you let that scumbag Keith Schembri screw you). Now I don’t give a flying duck about Muscat’s and Schembri’s sexual orientation. I’m a great believer in to each his own and they can screw one another until their eyeballs drop down to their scrotum, but what Abela failed to say was that screwing Muscat meant screwing the Prime Minister and by inference Malta.

Schembri is still roaming around, here and overseas, in complete liberty and apparent impunity.

So is he still screwing the Prime Minister – Abela himself – and by inference Malta? But, of course, he is.

How is it that with all this manifest corruption, criminality and to crown it all, possibly the goriest assassination ever witnessed on this St Paul’s island, these, lowest of all scum get away with it?

Just recently, that inimitable political commentator, Tim Sebastian, tore our minister of foreign affairs, Varist Bartolo, to shreds, reducing him to such a pathetic whimpering mass of dead matter, that I even afforded him a tiny moment of pity – very quickly curbed, I would have you know. I’m quite disciplined that way.

Chris Fearne fared not much better some time ago at the hands of the same man. Before him, we had the now legendary Artful Dodger interview by John Sweeney.

So how do these inane, not fit for purpose scumbags manage it?

I suppose the answer was given us by that mound of detritus Glenn Beddingfield. In his infinite wisdom, he told us that every action has an equal reaction. Which I suppose means that their followers are in no way different to them.

Now in the light of all this, in a civilised western democratic country no government would have survived the cesspit they created, making the Augean Stables smell of Christian Dior, in comparison. So where lies the blame?

What will it take to make the Country angry enough to be effective enough?

In a democracy as we know it, a party in government is very often as strong as the party in opposition is weak. And, politically speaking, there is hardly any opposition. Sure enough, we have had quite a significant number of protests taking to the streets and making their voices heard. Any rallying cry, however, from the opposition party? You tell me.

From what I know, the only hernia inducing efforts the PN is making is touring its few remaining clubs to discuss amendments to its statute. Recently, its Leader went to Sannat in Gozo exactly for such a purpose and when the meeting was coming to an end, a fearless Amazon stood up and looking him squarely in the face told him, “All this is well and good, but how is all this going to solve the problem, when the problem is you?” Good God, why the duck does it always have to be a woman?  I’m sure you’ll be hearing more from this lady in future, but for those who do not know her she is always among us in spirit, if not in presence. Her name is Marita Mejlak.

Our Leader of the Opposition thinks that the newest way to win men’s minds is to have a tête-à-tête over a cup of coffee in an otherwise empty pub. Have these people ever gone to school? Have they ever learnt anything? If they have, their ego must have blurred it long ago.

On the now famous Ides of March 44 BC, the world witnessed quite another horrible assassination, that of Julius Caesar.

Mark Antony did not waste his time presenting Statute amendments to the Senate. No he didn’t. With what has now become an unparalleled piece of reverse psychology, he fired up the crowd in front of him with enough fury to arouse the envy of Guy Fawkes.

“I am no orator, as Brutus is,” he says and craftily carries on disparaging his own oratorical skills,

“But were I Brutus,
And Brutus Antony, there were an Antony
Would ruffle up your Spirits, and put a Tongue
In every Wound of Caesar, that should move
The stones of Rome, to rise and Mutiny.”

And mutiny they bloody well did. Sadly, not here, however.

I started off with a song and I will end with another; an Italian folk song, a tarantella, so modest in origin that nobody even knows who wrote it but it has grown to gigantic proportions becoming the global hallmark of resistance. It has been played and sung in all the major squares and concert halls all over the world. You must know it: Bella Ciao.

I would like to point you to the very last line: “È morta per la libertà.”

It encapsulates the life of Daphne Caruana Galizia. Let’s not let her having done it for nothing.

I can hear Mark Antony chastising us:

“Here was a woman
When comes such another?”

Previous:GUEST POST: Living in the age of gaslighters or putting out the fire with gasoline
Next:An imagined letter from Covid-19 to humans