How deep is your change? 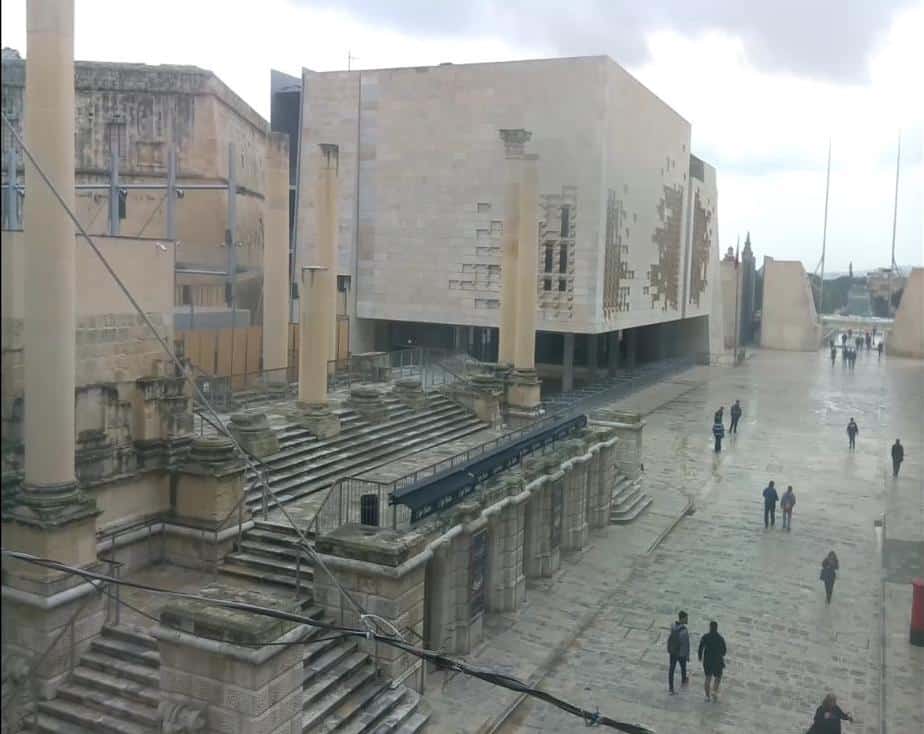 Zhou Enlai (not Mao Zedong as an earlier version of this post wrongly said) was asked once what he thought the impact of the French Revolution was. He replied that it was too early to say. That was almost two centuries after the fall of the Bastille.

Trying to predict what life will be like after the coronavirus, when we don’t even know when we can expect the clouds to clear, feels futile. And yet we can all perceive an irreversible sea change around us.

There’s not much to like about being locked inside. But being told the quality of our air improved by 70% when we’re still consuming electricity but not driving or flying or cruising any more paints a clear picture. Settling in to the changes we are forced to live through might help us outgrow our love affair with motorised mobility. The changes in how we study and work and pray and negotiate may outlive this pandemic.

We may have less need for two places in our life – the office and the home – that are by definition empty half of the time, halving therefore our demand for built up space.

That might be just the shift we need as our gilded imprisonment helps us understand the more valuable things in life: parks, beaches, open spaces. Our feeling for confined spaces like cinemas, clubs, restaurants and bars may become tainted love.

Changes in habit can bring deeper shifts in our world view. Covid-19 is an invisible enemy but one we share from bishop to bus driver, intellectual to illiterate, loyalist to lawbreaker. It hops across tribal divides like a hippy pacifist taking down Laburisti and Nazzjonalisti without distinction. Nothing like a common enemy can force people to form new friendships.

As the red and blue tints on our glasses fade we start looking at things a bit differently. Science should come back into fashion. We are going through a re-learning experience as people slowly understand that just because they read something does not make it true. We should learn to distinguish again between old wives’ tales and scientific fact, biblical mumbo jumbo and evidence-based conclusion, fake news and reality.

Stronger science and a more widely shared acceptance of the universality of truth are desirable no doubt, but it would be misguided to expect them to guarantee democracy. In the crisis we are living through we have looked for strong leaders and missed having them when the ones we’re lumped with fell short. We looked for a bigger government and a disciplined central authority with the power to force near universal house arrest and the commandeering of much of the country’s infrastructure irrespective of who owns it.

Individual choice has been indicted as hedonistic and harmful to the community and has had to give way to the authority of a central state. No doubt the ongoing lockdown is justified in science. But observe the ability of the state to enforce it.

What does this tell us about the world after the virus? Are we heading towards some sort of enlightened despotism, an authoritarianism of philosopher kings benevolently enforcing fact-based laws on the unwashed heads of the lesser informed? Will they always get it right? Or does this open up the scope for a more open democracy, with greater participation and engagement, regular electronic voting and new forms of real time accountability?

The fact is that the years after the corona pandemic will leave little justification for those who argue for smaller government. To use an American metaphor, no second amendment right of citizens to bear automatic weapons and anti-tank hardware can help in any way the offensive onslaught of climate change or a deadly pandemic.

Governments need to be big enough for public health provision that does not crash under the weight of reasonably foreseeable natural occurrences. Health will for many years be further up the national agenda of democratic political discourse. The role of health services in 10 years’ time will be as unimaginable in scale as the Crimean field hospitals of Florence Nightingale may have been to the wounded at Waterloo.

Capacity will be greater, resources will be more likely in public sector control, costs will demand greater public revenues to fund them and health service providers will enjoy a greater status in our community. Being a nurse or a physiotherapist will be a bit like a returning army private from a tour of duty on the front. And rightly so.

The care for the community’s health will therefore trump other considerations, perhaps even trade and hard-core economics. In Europe this will bring into fundamental question the European project that risks becoming a relic of a bygone era like Metternich’s Concert of Europe at the post-World War One negotiations in Versailles.

Today healthcare is barely the delegated responsibility of EU institutions at all. We didn’t look to Brussels bureaucrats for leadership in this crisis. We turned to Conte, Macron, Merkel and, may the gods forgive me, Johnson. The business delegated to Brussels of managing worldwide trade for its members in the meantime, went in shut-down. Will it ever be the same again?

With airports turning into parking lots and the skies going quiet like the blue dome over a zombie apocalypse, the global village has again become very, very large. As the pandemic spread, people who made their life far from their country of origin, rushed to fly home or if they couldn’t they spent their quarantine pining for the staples of their childhood.

Communities in the meantime hobbled and limped on the painful Achilles’ heel of globalisation. The world after corona may find a new scope for the idea of eating local. This is not new, of course. We use to be told to eat local because ingredients are fresher and better for our health. Seasonal food tastes better and brings us closer to our roots. There’s a new reason to think local now. The pandemic challenges the security of our supplies. In place, the clockwork of delivering products to our tables and our lives is showing signs of breakdown for being too complex.

More countries will want to know they have enough stock of food, fuel and medicine for when this happens again. It will become a greater priority for policy makers who will have the twin pressure of reviving economic life in their local communities and reducing the carbon footprint of ordinary consumption.

Economic growth, but also work and leisure, will need to become less travel-dependant if they are to be less vulnerable. After all no one can promise us there will not be another worldwide pandemic next year or the one after that.

This hits us on a number of levels. On one level it changes our habits. We’ll likely want to eat out less than we used to, but perhaps it could encourage us to cook more.

Not all this is great news. It could mean that pleasures enjoyed till now by most of our community could become elitist. If long-distance and frequent air travel or cruising become less widespread, what is left will be enjoyed by those who can afford to pay more for it.

It is the difference between those able to live a fuller life and those who cannot afford it that is exposed by crises such as these. The inequalities that were with us on the eve of coronavirus will be starker, wider and more painful on the day after it’s declared defeated. Those neglected during this trauma will suffer greater pain. And if people left reeling from the 2008 financial crisis occupied the streets in anger, the anger of this much deeper economic crisis will be all that much greater.

It is no doubt too early to appraise the impact on human existence of the coronavirus. But it is not too early to figure out that impact will be enormous.