That phrase does not mean what Silvio Schembri thinks it means 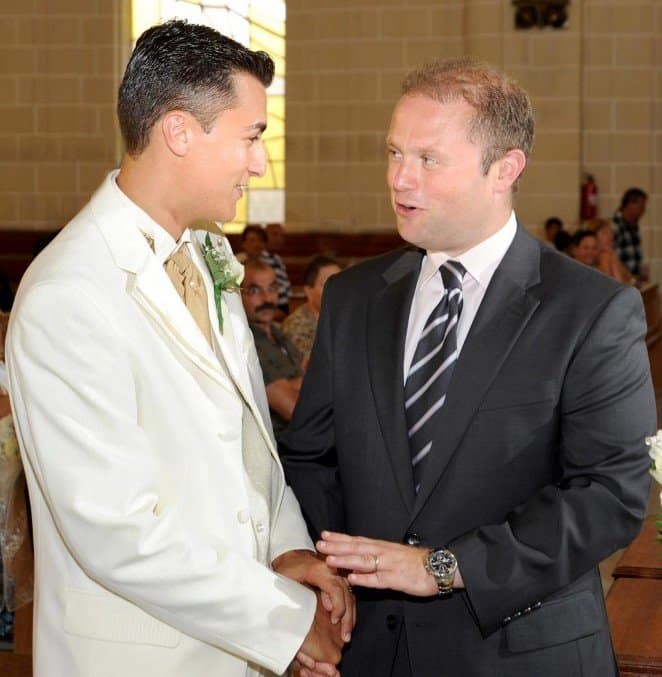 Though my thinking evolves with circumstances. You know how a worldwide deadly pandemic that confines everyone to quarters, shuts down schools, churches and theatres and paralyses the global economy tends to focus your mind on the important things in life?

At any other time, it would not be unimportant that we have a government minister who spouts racial hatred in parliament and then rushes to attempt to limit the damage by apologising.

Here’s how Silvio Schembri confirms today what we all understood yesterday that he does not recognise empathy if it were to squirt on him in the face: “My choice of words was unfortunate and I apologise if I hurt or offended anyone.”

“An unfortunate choice of words.” Is that what it is, then? A misfortune? Did you put a blindfold on and stretch your arm down a bag to pick words out like a 7-foot blonde at the football tournament fixtures lottery? Did your ball fall in with Germany, Spain and Sweden in the qualifying group of death? Did you trip onto something and as your pronounced chin hit the ground a minute before the rest of you, your fake English accent accidentally slipped into a pronounced Sieg Heil?

“I apologise if I hurt or offended anyone.” If, Silvio Schembri? Did you say ‘if’? The hundreds of disenfranchised people without the right to vote in Malta but who have staked their entire existence into the shared well-being of this country who flocked to your Facebook page to call you a right royal cunt are not a hint? Do you wonder if it is necessary to apologise for telling anyone who is facing unemployment a thousand miles from their families and their countries of origin in an uncertain world without planes and ships to fuck off back to their country?

You watch that video of Silvio Schembri giving his qualified apology “if he has offended anyone” and it’s like seeing the man who stabbed you express regret if he’s left some drops of blood on the floor.

And, before he’s even blinked once, he goes straight into the mantra of self-praise expressing pride in the “opportunity” he has created for “foreigners” to come here. One minute he’s apologising to people for telling them to fuck off back to their country, the next minute they’re supposed to thank him for letting them in in the first place.

The fact is that migrant workers are pioneers. Unlike Silvio Schembri’s pseudo-socialist silver spoon of hereditary and dynastic politics that has propelled him to power and influence without any evidence of any particular quality or preparation beyond family connections, migrant workers earn their keep purely on the basis of the merit of their hard work and the risks they have taken.

We owe more for the current state of our economy – or in any case the state it was in until a couple of weeks ago – than we owe Silvio Schembri, that’s for sure. Is Silvio Schembri taking into account how many racially pure Maltese are in the employment of those nasty foreigners and owe their livelihood to their investment and hard work?

And now that they’re in trouble for no fault of their own, they find that the government of the country they paid taxes to without demanding their basic right of representation insults them by showing them the door and insults them again by pretending to apologise for being rude when he showed them the door.

But you know how a crisis like this focuses the mind on what is more important in life? You know how it is bad enough that we have a racist idiot as economy Minister which is hardly an improvement on the drunken, corrupt, womanising, murderer-loving bastard that preceded him.

But what’s really terrible right now is that we have an economy minister who has not yet woken up to the fact that we have a crisis and has only given us bouts of pointless self-praise and offensive and crude racist expletives for which he pretended to apologise when what we need him to do is his job. He should be telling us how businesses are going to be helped to stay open, what measures are being taken to help the economy adept rapidly and how every job in the country is being given the support it needs to outlive this crisis.

He wouldn’t know where to begin. He’s never actually had to work for his keep before in his life. He is a hereditary aristocrat of a latter day peerage folded in socialist heraldry to be sure, but just as likely to throw up an over-rated, self-important, smug, entitled dummkopf like Silvio Schembri, regretting nothing but having to express regret, and looking like they’d rather be looking for nits through the locks of a Rastafarian coronavirus patient than saying sorry for anything.

If coronavirus won’t kill you, the imbecility of our governors will.

Previous:AI: Artificial Idiocy
Next:GUEST POST: 19.3.2013 and after… lest we forget