The need for urgency

The government is being reasonably transparent on its management of the coronavirus. At least it is reasonable to believe it is. Every day we are updated on the number of tests conducted, how many of them test positive, a brief background on every new case and a record of recoveries and deaths. None of the latter so far.

It’s good to know where we stand on that front. The more we know the more seriously we are likely to take the directives we receive – about staying in, about staying apart and so on. And the less likely we are to panic. Any mystery or suspicion of a cover-up can lead to either extreme of collective miscalculation.

As has become starkly clear to many people now a pandemic is not just about the likelihood of falling ill or dying. It’s also about losing one’s livelihood: your job, your income stream, your investment.

But the government is not providing any data on that front. We are expected to wait for the routine quarterly unemployment reports and other periodic figures as though this situation is normal. It isn’t.

We all need to appreciate what is happening, accurately. The cold hard truth will allow us to assess properly the decisions government is taking and the decisions it is failing to take.

How many jobs were terminated since 1 March? By sector, by nationality of the employee, by nature of employment (full-time permanent, definite, part-time, casual).

Another question is whether and how is government dealing with individual business situations. Are they just speaking with representative bodies? Is there a number struggling shops, small businesses and self-employed individuals? Is there anywhere they can report their situation and perhaps get advice? Are businesses being asked to report their numbers to measure how and where demand has dropped, how supply chains have been affected, what operations have frozen, which have slowed down and which continue?

Can government departments report on changes in their business? How have planning applications, visa applications, licences and other public processes have been impacted? Have idle employees been redeployed to help with the emergencies? How many? Where?

And can we understand the situation in the rest of the health infrastructure? How many surgeries have been postponed? Can we have waiting list data updated as the situation adepts? Can we be informed on the state of other medical emergencies? Can we understand where health department capacity has been redeployed on to the corona war and what the impact of that has been?

We need to be on top of this information if we are to understand how the situation can be managed.

In Germany the government committed to top up the salary of employees whose hours have been reduced so that their take home pay at the end of the month remains unaffected.  There’s logic in that.

When people speak about a minimum income for decent living and scaling any help to a minimum hardship level they are looking at exploiting the current crisis to introduce the egalitarian social justice they dream of. But they’re not seeing the ripple effect of this reductive approach.

It is certainly true that a cleaner earning €800 a month has as much a right to live decently as a hotel manager earning €5,000 a month. But paying the hotel manager €800 from an emergency fund because they’ve been sent home during the corona outbreak will still force them to default on their mortgage. That’s because their financial commitments were proportionate to the income they were expecting to earn had there not been a pandemic to close down their hotel.

You can envy their former income but punishing them for it because of the virus is short-sighted. When they default on their mortgage, the bank can foreclose. But in the present situation the bank will not be able to recover the principal as they won’t be able to sell the property for anything like it was worth a month ago. Consider that this would be happening to many mortgages not just the one in our example.

If enough of this happens the bank goes under. Again, we might be tempted to think this is a rare opportunity for nasty bankers to get their just deserts. But any glee at the sight of floundering banks is unconscious masochism. We will all suffer for it.

Introducing these measures after companies have collapsed under the weight of bureaucratic hesitation is like banning international flights after enough carriers of a pandemic virus are allowed to fly into the community. 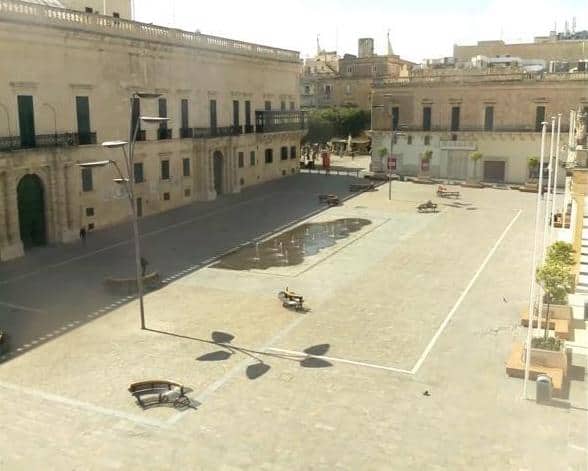 Outside the hospital services and the disease control units, the government seems to lack the sense of urgency about the situation. It continues to pathologically underestimate the devastation the present crisis is causing and the irreversibility of at least some of the damage being caused.

It also seems unaware of how much it can do to prevent the worst consequences: to protect workers and their employers and to prop up businesses large and small.

It is of course heartening to see volunteers step up to help their neighbours. It is encouraging to see landlords helping out their tenants by striking off some of the rent. There are episodes of spontaneous solidarity and a social coming together as we are drawn physically further apart that fill us with hope for the survival of human decency.

But we have a government and that is the only agency in our society that can be expected to provide everyone a last line of support. We pay taxes and delegate our freedom to government in exchange for the ordinary management of our affairs but also for the extraordinary management of unforeseen disasters, like the one we’re going through. When a fire breaks out you’ll applaud the hero who braves the flames to save someone inside as the emergency services might be too late for that. But we still expect the emergency services to show up at some point.

The ability of our economy, our society, our families to leap back from this pandemic once this is over depends on the performance of the government now, on its rapid decisions such as suspending competition rules to allow supermarkets to cooperate in the distribution of food, reversing national insurance contributions to pay into the pay cheques of people whose employers are struggling and paying out cash grants to settle bills quickly to keep businesses afloat.

Previous:MONEY MAGAZINE: Flawed democracy – is the roof going to drip?
Next:Exposure of the vulnerable