MONEY MAGAZINE: Flawed democracy – is the roof going to drip?

My article in this month’s Money Magazine, written well before the coronavirus outbreak: 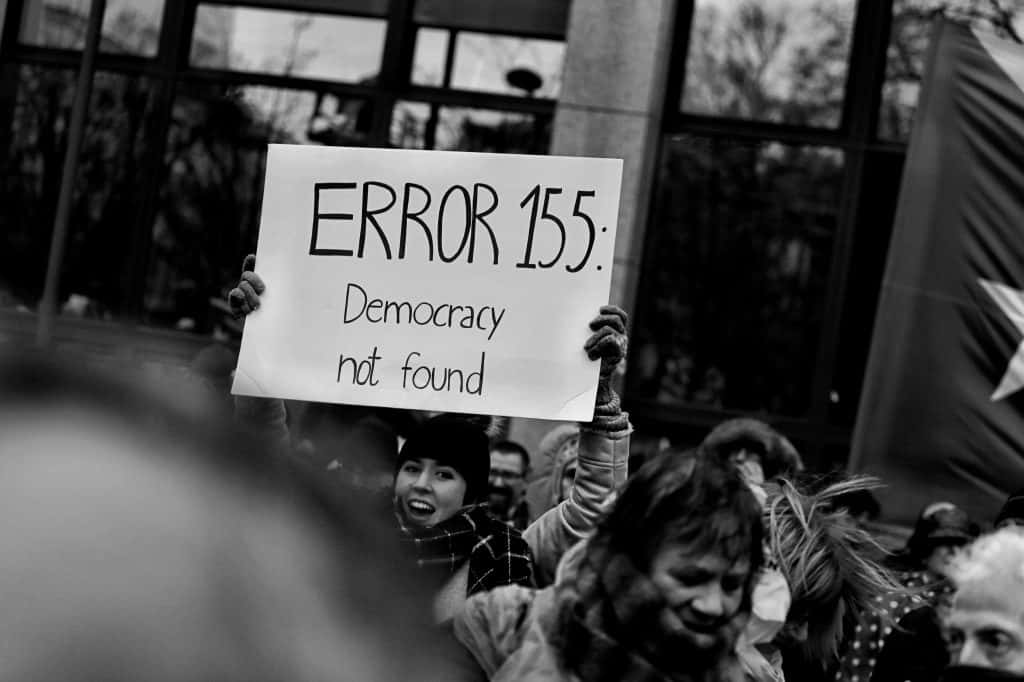 Let’s be clear: democracy is receding worldwide. When red stars were pulled down from the spires of the Kremlin someone could write with confidence that we had reached ‘the end of history’. Everyone wanted the free market and liberal democracy and those who weren’t there yet were well on the way. Freedom was seen as natural to the human experience as breathing.

But the bursting of mad financial bubbles and ineffectual political structures in the face of a deregulated market gone wild has alienated popular support for democracy. Migration created resentment. The shifting of production sucked in to where costs are lower engendered fears.

As the lights go out in many democracies, demagoguery takes over. Strong men who can bully dissenters, burn bridges and build walls attract admiration. If it’s broken, surely Donald can fix it.

Malta is a microcosm of this inward collapse. Here too democracy has been replaced by plebiscite which continues to concentrate power in the hands of a trusted honcho. The Economist has recently downgraded Malta’s democracy from “full” to “flawed”. And yet political leaders are chosen by elections and enjoy convincing popular support. How is that flawed?

The biggest flaw is confusing periodical voting with democratic life. It is far more complicated than that and perhaps it is useful to take a broader view of the ingredients of democracy and where these have degenerated over the past few years.

The V-Dem Institute in Gothenburg suggests that the ingredients of democracy can be grouped in 12 main categories of which clean elections would be one.

Our elections are largely free (1) but not without their problems. The distribution of constituencies makes it impractical for anyone not subscribing to either of the two main parties to get elected to parliament. No one has made the feat since 1962. Digitisation and the ubiquitous Facebook in almost everyone’s life has sophisticated the business of misinformation. Public broadcasting is a government mouthpiece. The ‘private’ stations are owned by political parties transmitting contradictions that make a mockery of the truth. Political parties are financed by big business interests. Elections may be free, but are they fair? And does the outcome make a real difference anyway if you’re not paying bills for political parties?

Next is freedom of association (2). At face value this is unhindered in Malta. But trade union membership is declining and in part the sector is captured by the ruling party. Pro-democracy activism is seen with suspicion and public protest is accused of ‘treason’ or ‘hysteria’. There is little engagement between the government and civil rights organisations and campaigners for social justice or environmental conservation are largely ignored.

Freedom of expression (3). This is a country where a journalist has been killed and the state has, at best, dragged its feet to get to the bottom of the case. Judicial harassment is mainstream. Journalists are exposed to international and ruinous strategic law suits. The government broadly ignores ‘freedom of information’ requests. Protest is suppressed and courts have recorded systematic breaches of fundamental freedoms.

Equality before the law (4). The last few years have seen a breakdown in this aspect of democracy with one chief justice describing the state of play as ‘the rule of delinquents’. Connected people caught in crimes have been ignored by the police. Inveterate criminals got away with taking senior police chiefs on benders abroad. Evidence of government ministers laundering proceeds of crime has been ignored by the police. The broad perception is that the law only applies to those insufficiently connected with bent cops. Perception is not a falsehood and, in any case, when trust breaks down democracy cannot function.

Judicial constraints on the executive (5). Can and will judges protect individuals when they are right and the government is wrong? The record is not encouraging. Malta’s senior courts have the worst record of having their decisions overturned by the European Court of Human Rights in Strasbourg. Indeed, individuals who go to Europe to appeal decisions against them by Malta’s courts have a 90% rate of success. Perhaps that is because our judiciary is in awe of the government. The prime minister appoints judges and alone decides which of them get promoted and which languish in an eternal career rut.

Legislative constraints on the executive (6). Can parliament keep the government in check? Not when government employs most MPs and keeps them on its payroll. Consider that when Joseph Muscat resigned in disgrace over his handling of the Daphne Caruana Galizia assassination his parliamentary group unanimously thanked him and gave him a blank cheque to organise his own exit.

Is power held by leaders or by populists (7)? Joseph Muscat’s administration was founded on the justification of a strong popular majority without restraint under the rule of law or even basic decency. Any crime, any scandal, any embarrassment was justified under the banner of “40,000”, the gap in the vote count between the two political parties at the last election. ‘Right or wrong’ gave way to ‘more or less’. And more always wins.

Is society polarised (8)? Painfully, extremely, cruelly, yes. When Daphne Caruana Galizia was killed a number of journalists from around the world set up ‘the Daphne Project’ to help dig up the truth about why she was killed. The response of supporters of the government was ‘the Joseph Project’. On 1 May 2018 – 6 months after her killing – they gathered in a huge crowd in Valletta to praise their idol to high heaven and to virtually lynch in an angry public gathering the memory of a journalist who dared question him.

Tribalism is rife. Politicians justify without embarrassment that their first priority is “to serve our people”, meaning not the entire community but the political tribe that supports them, thereby actively discriminating against conationals who do not.

Polarisation has become so toxic that the deliberative space of our political discourse has degenerated seemingly beyond repair. Democratic deliberation (9) is the ability of people and groups to listen to each other and to reflect and respect mutual and differing values and concerns. Instead partisan propaganda is made of ‘us’ and ‘them’, hate speech is widely and systematically disseminated over social media and almost no one seems open to persuasion.

It is not all hopeless. There does not seem to be any risk of a military coup (10). Political participation (11) is high with hundreds contesting local and national elections and thousands volunteer in the political process. Almost everyone votes. And discrimination (12) between women and men, Gozitans and mainlanders, northerners and southerners is increasingly negligible.

Though discrimination against migrants amounts to ghettoization and total social and political exclusion and the gap between the richest and the poorest is getting regressively wider.

This is not merely a snapshot of today’s reality. Taken as a measure against Malta’s state of democracy 10 years ago, even 20 or 30, it is an erosion and a regression of our democratic state of play.

The question is whether this is a trend that will continue to spiral downwards or whether we have the will to fix the roof and rebuild our democratic home. Sadly, the answer is in the fact that that the weaknesses we have – state capture of institutions, restrictions on media freedoms, tribal polarisation – are the best ingredients that you need if you want democracy to fail. 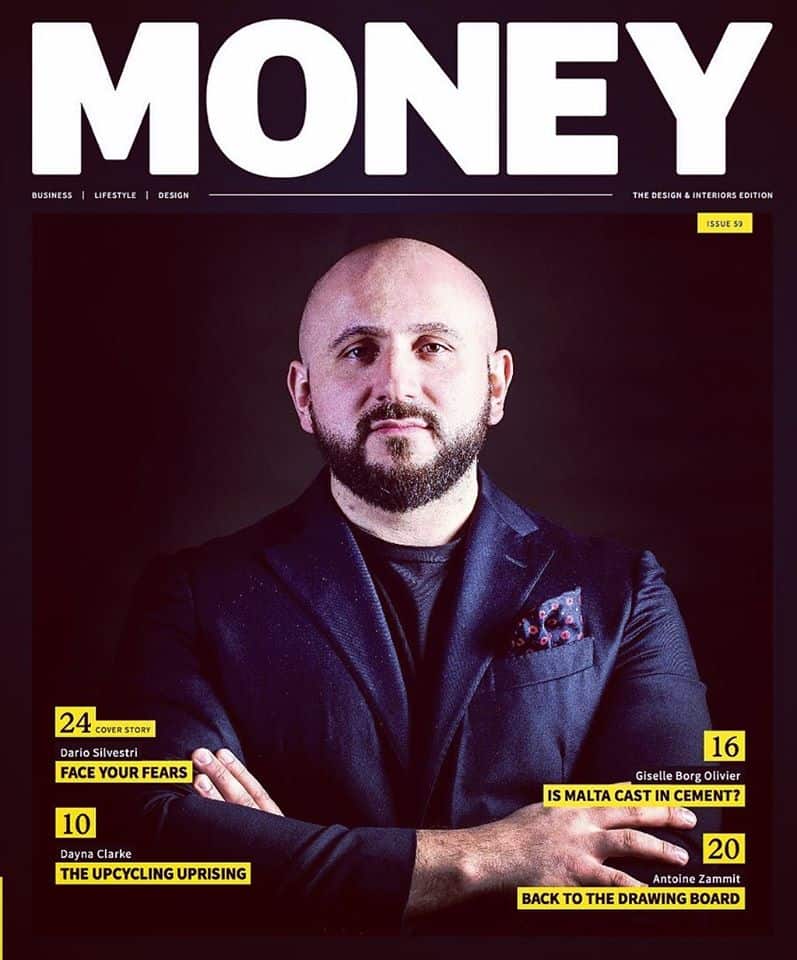