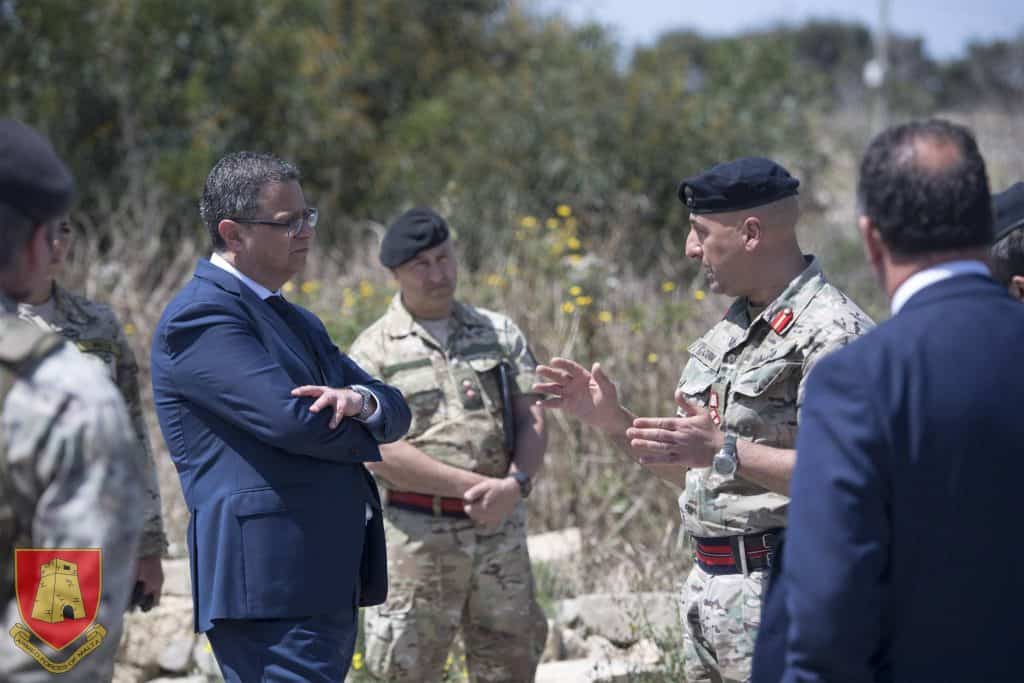 In the same week that the government has spent several days trying not to answer two simple questions – did uniformed officers of Malta’s army sabotage the motor of a boat with 70 migrants on board? Were they acting on orders from Jeffrey Curmi, the army’s commander? – Adrian Delia, leader of what is meant to be the country’s parliamentary opposition, visited Jeffrey Curmi and if it wasn’t social distancing month he would have kissed him on the mouth to everyone’s full view.

Note the fascist, military-worship crap of his discourse as headlined by the PN’s own Net News: “You are our shield”. 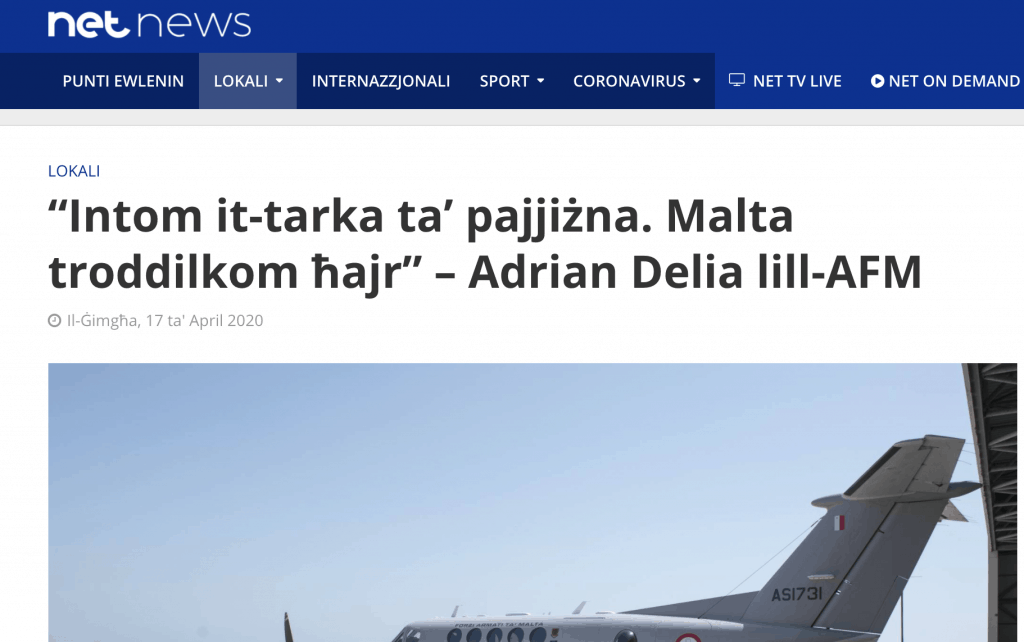 The only thing anyone is meant to understand by that is that the army is ‘shielding’ us from ‘the invasion’ of migrants. Rhetorically and visually he has endorsed the government’s illegal abandon-them-to-death or push-them-back-to-Libya policies.

Ah yes. And there’s the other policy of locking them up in Ħal Far to infect each other with disease until they go mad, set something on fire in protest and when the dogs of war are unleashed let fortune favour the white.

He continues to serve as the joker played by the Labour Party when their backs are to the wall.

How do you stop people asking if their army sabotaged the boat of people at sea? Get Adrian Delia to say the army can do no wrong. Isolate the critics. Ridicule their lawyers even if they’re your MPs.

I heard people say that Adrian Delia was stupid in letting himself be used by the government’s propaganda machine. It is not mere stupidity for Adrian Delia to march into an AFM PR set-up in a week where the government has flouted half a dozen international laws and there is a suspicion of criminal responsibility in some of the decisions they have taken precisely because those decisions led to the death of 12 people. Stupidity does not do this. This is complicity.

It is what it has always been since he’s been in his office. A conscious complicity in the Labour Party’s effort to discredit its critics whether they sit in parliament facing its government or whether they are active in the community.

Someone in this country has to hold the government to account. Someone has to point out when the laws are flouted. Someone has to rally against the fickle waves of popular mood and insist on truth no matter how much it hurts. And someone has to resist this insidious flag-kissing, uniform saluting, foreigner-hating fascism that is intent on crushing dissent with intimidation and institutionalised bullying.

Clearly, it’s not going to be the leader of the opposition and his party.

Clearly, someone else has to cry for justice in this country and it’s going to be in spite of Adrian Delia, not thanks to him.

Previous:Lovin Malta’s covid call on the Easter weekend migration disaster
Next:Robert Abela turns the death of innocent people into a charge against those who dare criticise him