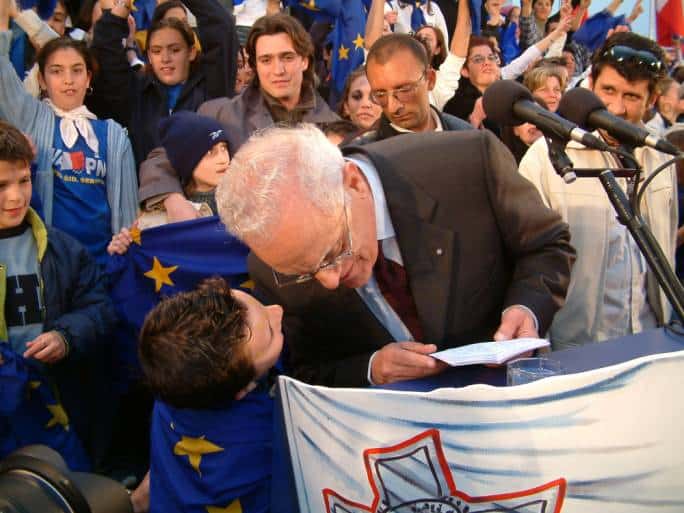 In the search for enemies to blame for anything that displeases us the EU has become a surprisingly easy target for the Labour Party and those who speak for it. The hate-the-foreigner narrative is taking root and spreading even beyond what you’d expect the PL’s core support.

It is just one other page from the far-right playbook that our Labour Party is taking with remarkable zeal.

Take the present controversy about finding ‘reasons’ not to save drowning people at sea. Maltese politicians are justifying themselves for neglecting their own duties by telling people those duties really belong to the EU.

But the EU is not someone else. By vaguely pointing at Brussels and Commission officials as if they kept super-fast boats at home they can rush out anywhere in European waters in case of an accident, the EU is being obviously misrepresented. Europe’s coast stretches from the Black Sea, through the Mediterranean, the Atlantic, the North Sea, the Baltic and the Arctic. Way before the EU even existed, each country bordering anyone of those seas had the customary obligation to save all people it could reach in distress on their waters. Each water-touching country has to a greater or lesser extent set up coast guard infrastructure to fulfil this duty.

We are blessed to be an island in the middle of the Mediterranean. Our geographical location is our greatest asset. An island our size in the middle of the Atlantic or the Pacific would not have had the chances we have had. But every blessing comes with a responsibility. It’s ours. Not somebody else’s.

If a boat is sinking off the coast of Latvia, we’re not expected to rush to the Baltic to save its passengers. This is why when people are drowning in our seas we sound mad when we blame the EU for our behaviour of not going out to pick them up.

Blaming the foreigner is a quick win for these far-right parties, like Labour. They’re not alone doing this. There are far right parties in Italy, in Greece, in Germany and in France, and they all apply the same discourse. The Italian far-right party had stints in government and may soon return. In Hungary the far right has established a de facto dictatorship. In Poland it’s nearly there.

Malta’s Labour is in good company.

Although it would be unfair to describe the British Conservatives as far right, the anti-EU sentiment, the anti-Brussels scapegoating, the blaming of the EU for what local and national authorities should be doing over years in the UK gives a template for what is likely to be the outcome of the anti-EU mongering going on here and elsewhere.

Rightly here we are reminded that the EU project is founded on solidarity. That notion is deeply hurt by the isolationist self-centredness of right-wing governments such as Hungary’s and Poland’s that refuse to share in any way the burden of migrants coming in from the south.

This is used as justification for retaliation to the extent that there are more people here arguing that since Hungary won’t take migrants we save, we won’t save the migrants at all.

The first consequence is the fate of the migrants we don’t save. But the point of this article is that we are bringing back into mainstream acceptance the idea that cross-border solidarity, supra-national shared sovereignty, and the European project altogether is something we’re better off without.

The EU project, cross-border solidarity and supra-national shared sovereignty were set up to prevent a repetition of ever deadlier wars that plagued Europe over the centuries. The pretexts for those wars were territorial disputes, clashes over borders, perceived unfairness in trade, coveting your neighbour’s mines and assets and cultural rivalries. EU integration pooled those assets and removed those borders so we could learn to live together and we remove the need for war.

But it is remarkable how comfortable we quickly got when a pandemic justified the building of walls and every man for himself, or every country for itself self-reliance. Of course, this didn’t start in February 2020 with Covid-19. It has been building up for years here and elsewhere in Europe. But thank a crisis for bringing to the front, hints that in ordinary times are hidden in all the fog.

Our own Labour Party is a national elite on a program of ensuring a free rein on power for itself. Its long-term mission, since 2008, has been to ensure there are no alternatives to its authority and no restraint on its influence. It has hijacked the courts, politicised the police, decapitated the civil service, compromised the media, eliminated the threat of the country’s best journalist, infiltrated the opposition and now it looks keen on crushing an emergent civil society in its infancy.

In this program undermining the EU is a natural part of the program and we are now entering that phase. EU law sets parameters within which a national government must function. So, governments like ours cannot do as they please. The pressure of international membership is not instantaneous to be sure but it’s enough to recognise that the combination of civil society resistance, journalistic endeavour and the inevitability of time needed the devastating pressure of European institutions to see the back of Joseph Muscat.

At the same time that a campaign of isolation and public lynching against civil society is now under-way a more subtle but no less brutal campaign against our membership in the EU is going on. And we’re falling for it because we nod inanely in agreement that the EU is evil for not saving people at sea drowning in our waters. It’s the fascist version of Tory euro-myths like straight bananas or 26,911 words for euro law on cabbages.

A one-party state will take money from the EU but will not take laws, standards and restraint on its desires to step out of the limits of the law. Watch it. They’re going to take European peace and law from us and we’ll find ourselves applauding them for it.