GUEST POST: Have you got a conscience Prime Minister? 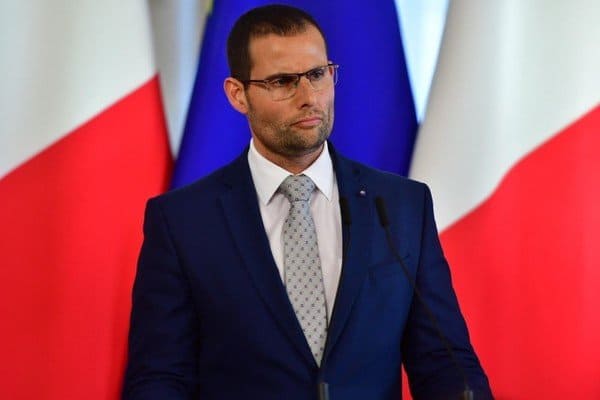 So our Prime Minister had a press conference to tell us that he is afraid of the challenge that he might go to prison because of the NGO Repubblika’s report to the Police accusing the PM, the Brigadier of the Armed Forces, and crew of P52 boat of sabotaging a ship rescuing illegal migrants.

He also tried to sound firm about the fact that our port is closed and that Malta can’t take any more migrants because our resources are overstretched particularly the armed forces.  So let’s just let people drown.

So I’d like to ask some questions to the Prime Minister.

Have you got a conscience Prime Minister? How can you leave these people out there to die? Why not save them, then negotiate with the relevant authorities? These people are living through hell in their country.  This is obvious when you consider that they often pay their life savings for the ‘trip’ across with their wives and children and they are ready to risk their lives.  How can you let them die?

Have you got a conscience Prime Minister? According to Armed Forces (very poor) website it had nearly 1,700 members in 2017.  I’m sure since then there have been new recruits so let’s say that that number is now 2,000.  Can you tell us where all these 2,000 are deployed?  I don’t see them anywhere I go.  Where the hell are they?  Even if you split the number in half because of shift work you still have 1,000 at hand.  Why claim that they are overstretched?

Have you got a conscience Prime Minister? Why did you not deny the sabotaging by the crew of P52 immediately? Why leave it to the crew members of P52 themselves to do this TEN days after the incident?  This is very unusual behaviour.

Why do you continue creating rifts and inciting racist sentiments with your actions such us the putting up of the Maltese flag to supposedly display patriotism?  No, in this context, this does not demonstrate patriotism.  It creates a pique between those who support you and others who don’t.

Have you got a conscience Prime Minister? Why pander to the racist bigots of this country?   Are you racist yourself?  Do you dislike black people?

Have you got a conscience Prime Minister? Why did you let 12 people die on Easter Sunday?  You, yes you could have saved them.  Stop this argument that we cannot afford to take anymore migrants When you know for a fact that if you don’t rescue migrants who are in danger, they will die. Imagine it was one of your own family in that situation. The only humane thing to do is save them.  You then solve the problem of accommodation after.

There are so many empty hotels at the moment.  Use some of the surplus that you always boast about to pay the hoteliers to accommodate them.

These are people like you and us.  Why didn’t you save them?

We don’t need laws international or otherwise, to know that when a person’s life is in danger, we have to do everything in our power to save that person.  Survival is a human instinct.  So why did you let them die?

Have you got a conscience Prime Minister? Twelve people died at sea because of you Prime Minister.  Yes you.  How can you sleep at night with this on your conscience? Or did you take the decision to let them die to satisfy the racists in this country? Are votes more important than people’s lives?

Your decision meant twelve people lost their lives. Think of what their families are feeling. You have blood on your hands, prime minister.