I’m publishing this piece by Annika Palome with reservations. Guest posts do not necessarily reflect my views but only of the guests. And I find myself in disagreement with some aspects of this particular post. But we’re living in strange times and stuck at home for days on end I too may have a warped view of things. So, in the spirit of having alternatives and in the fear that a health crisis might prove an excuse for the degradation of human rights – we’re seeing that in Hungary – here goes … 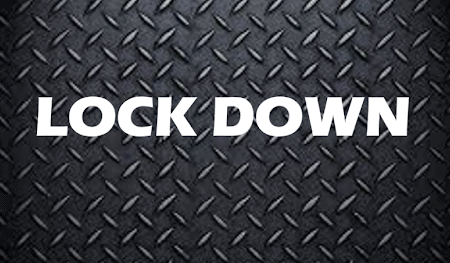 We are in a new and unusual global scenario wherein many countries are limiting our human rights in an unprecedented manner in order to restrict the spread of the new COVID-19 virus. Lock down measures can be justifiable to stop the spread of a virus. The right to life is the most fundamental human right. But governments can’t do absolutely anything even in an exceptional situation like this.

Basic human rights such as the right to liberty or the right to freedom of movement are the core of a democracy. These fundamental rights should never be restricted or sacrificed more than is absolutely necessary. When restricting free movement of people or our liberties and thus affecting people’s means to earn a basic income, a democracy has to justify these measures proportionately and as an absolutely necessity.

The government has the burden to prove that nothing less would suffice. This might sound like fancy legal jargon. But these are the fundamentals of a democracy that affect the lives of each one of us. A democratic state has to function at all times within its constitution with respect to human rights.

When ministers are making decisions about quarantines without considering the larger scale effects in citizens’ lives or their legality, we are in very precarious area. Malta’s health minister Chris Fearne announced last week a plan to lock down tens of thousands of citizens into their homes. The lock down was to apply to anyone over 65 years or belonging to a risk group for having certain health conditions or for being pregnant.

Without a doubt Dr Fearne’s plan is well intentioned. The authorities want to protect the most vulnerable. Many of those not in the risk group themselves applauded the idea that the ‘oldies’ would be “locked up for their own protection” and presumably they themselves could continue living as usual. However, Fearne’s proposal is in breach of certain fundamental legal principles.

All humans should be treated equally.

To give preference to a certain sector of society in relation to another is in direct violation of the principle of “equality” whereby everyone in a society is entitled to the same rights and freedoms. (Article 2 of The Universal Declaration of Human Rights).

Due to lack of details on how this plan would be implemented, people in the risk group were left to wonder if in essence they were expected to lock themselves inside their homes and rely on others to deliver food outside their doors. This would be in breach of the right to freedom of movement. (Article 13 (1)).

The second feature in Fearne’s measure was to make any members of the same household who work outside of home, to either quarantine themselves or to find another accommodation. This in turn would have meant people having to choose between their income versus family and home.

As per article 12 of the Universal Declaration of Human Rights “No one shall be subjected to arbitrary interference with his privacy, family, home” or should be “deprived of their liberty” (article 3).

By article 16(3) the family is the natural and fundamental group unit of society and is entitled to protection by society and the State. These measures would not only lead to huge logistical problems for food deliveries but they are even more worryingly in breach of fundamental rights for this particular sector of society meanwhile leaving the rest of the society unaffected.

Although we can expect our free movement rights to be limited to some extend during a virus pandemic, these measures should be applied equally to all and without unjustifiable intrusion to our right to family life, income or home.

After public feedback the plan to impose these measures was overturned in a statement by Prime Minister Robert Abela: There is no lockdown for those aged over 65, vulnerable people or any other category of people.

Instead of going from one extreme to the other the government could, if seen proportional, implement the lock down model happening in other countries. Lock down is different from full quarantine. In essence lock down means that all citizens regardless of age or health are advised to stay home but are allowed to go out for absolute necessities like work if working from home is not possible.

People are also allowed to go out to buy groceries or medicine, take care of their domestic animals’ needs and to get some daily exercise near their homes. Social gatherings are banned and many non-essential businesses are closed. Complete home quarantine is only ordered to those who are sick or could be spreaders.

Whilst some in Malta are hoping and some perhaps fearing the possibility of a nationwide lock down, each person can in the meantime start acting pre-emptively by changing their own behaviour. Everybody can practise social distancing and prudence without any direct order or legal decree by the government.

If people continue to act carelessly, the government will be more likely to implement even stricter measures down the line. Stay home.