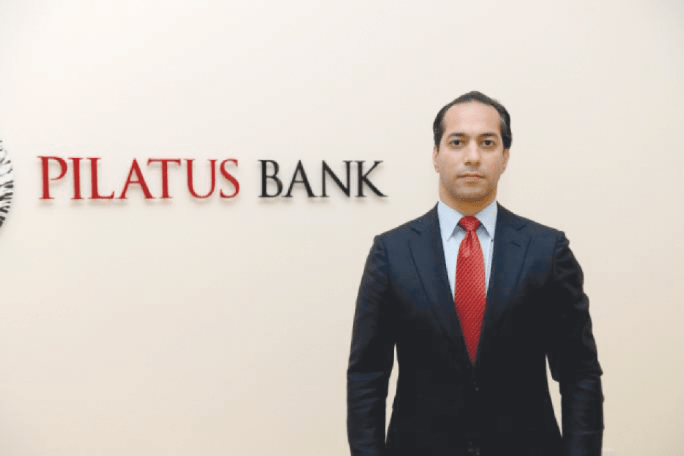 This first report was presented in Parliament on 23 March 2020 and the following are some of the more important aspects highlighted in the report, and some observations I made:

The reference to three of the loans being made to related parties of the main depositor/loan holder seems to point, in my opinion, to the main loan holder and the three loan takers, possibly all politically exposed persons, while the third loan taker possibly being the sister of the shareholder/managing director. Please refer to my observation on Point 8 below.

These three related loan holders may also point towards the Egrant issue exposed by the Pilatus Bank whistle blower and Daphne Caruana Galizia.

In fact, The Daphne Project had confirmed that a Dubai company co-owned by Leyla and Arzu Aliyeva, the two daughters of Azerbaijan’s ruler Ilham Aliyev, did indeed hold an account at Pilatus Bank.

The third loan could refer to a transfer marked as a loan payment made through a bank account at Pilatus Bank. This loan account was allegedly opened in the name of Negarin Sadr, the sister of Ali Sadr, with an amount of $1 million. The findings in this first report, already point to the engineered narrowness of the Egrant Inquiry Report.

I must also highlight that the report of the competent person, post dates the Egrant Inquiry Report published on 22 July 2018.

In fact, it would be interesting to see whether the competent person will in a subsequent report, gives the transaction values going through the accounts held at the bank.

Observation – This situation points to two scenarios, one being lack of customer due diligence in granting loans, the second being another money laundering vehicle, whereby a loan is given to a company which hives off the loan and then declares bankruptcy.

Observation –  The issue of correspondent banks has already been mentioned by the competent person of Satabank, and this consolidates the problem Malta is facing with its negative reputation as a money laundering centre, primarily, but not exclusively, with the suspicious operational activities of these two banks.

Observation – On this, and other issues mentioned earlier, I must perforce refer to the highly questionable statement ‘the shortcomings no longer subsist’, made by the FIAU in its second compliance report on Pilatus Bank issued on 12 September 2017 with reference to an earlier report issued a few weeks earlier, which, following an onsite inspection, found systemic failures in terms of money laundering regulations and compliance. The inspection had found that Pilatus Bank’s two ‘principal clients’ are PEP’s (Politically Exposed Persons) in a high risk money laundering jurisdiction, Azerbaijan. Moreover, the bank also classified most of its PEP’s as being from Azerbaijan. Despite evidence of transactions involving PEP’s which were missing supporting documentation on the origin of the funds or the purpose of the transfer, neither the Malta Police nor the attorney-general (who both sit on the FIAU board) have, to date, taken action on the FIAU report.

It would be interesting to know whether the new Deputy Commissioner of Police and/or the Attorney General, will be taking any action, following this first report by the Competent Person.