It could happen to you

Maybe I did stretch the Jesus metaphor a bit too much last weekend but if I’m honest that residue imbibed in every lapsed Catholic really bubbles up this time of year. Someone said on Facebook yesterday that the last thing they ought to be doing is taking lessons on faith from me and obviously they are absolutely right.

So enough of that for a while. People should be able to tell right from wrong, to scale moral imperatives above personal preferences, to recognise racial hatred in themselves and others without wondering what Jesus would have done.

If we are to judge by the heartless audacity of Facebook comments and the callous indifference to the suffering of others, then we must conclude that this is a population of people that would be happy to own slaves if it could, to commit mass murder if it’s easier to solve a problem and to consider itself eligible to decide over the life and death of others.

That burst the bubble that we’re especially generous and sweet, the notion that we are somehow a nation chosen for its extraordinary altruism and selflessness. It does not make us special in the opposite way either. We did not invent racism and it is not unique to us. But that’s no reason not to deal with this.

First of all, we must recognise that though governments cannot control people’s thoughts – nor should they – they can act in a way that panders to base racial instincts. While it is acknowledged that governments are under vociferous pressure from racists to act in a discriminatory manner and even to abandon their moral and legal obligations to avoid the anger of racists, it is a different level of unacceptable for the government to encourage racism itself.

Words are like stones. They can be used to build bridges or they can be used to be thrown at people in order to kill them. When the government uses terms like “war”, “invasion”, “unsafe”, “disease”, “hundreds of thousands” and applies them to stoke fear and prejudice there is a manifest responsibility. There is more than a missed opportunity to provide leadership that is decent, moral and principled. There is instead the race to the bottom of the moral cesspit which the government leads.

There is also government inactivity that is a form of passive aggression. Consider the setting up of a hate speech unit over a year ago. It was set up to diffuse calls to address the brutality of some of the things that were being said and done that culminated in the drive by shooting of Lassane Cisse. The calls were diffused but the hate speech unit did precisely nothing in an entire year. It remained there, a dormant brass plate paid for from EU tax payers, while senior government officials operated in the slave trade from Libya and others publicly militated for the sinking of rescue ships.

On top of all that there’s slander. Consider the narrative that NGOs are doing something wrong when they save people from drowning at sea, as if this was a crime. There are whispers of a grand conspiracy: that NGOs are a front for traffickers; that the cost of salvage is paid for from hidden sources; that were it not for these NGOs migrants would stay safe and sound in Libya.

Of course, these are as materially true as a global Jewish conspiracy. For the avoidance of doubt that means they are not true at all.

Escaping misery, poverty, war and slavery are as inevitable for those who run away from those conditions as fire would be for someone jumping out of their window. As your house rages on fire your choice is between certain death by fire or possible survival of a jump from a dangerous height.

The decision of crossing the sea to go into a continent that is paralysed by a virus pandemic is balanced by the fact that the risks and prospects associated with that decision are insignificant in comparison with the atrocity of conditions in Libya and on the trail between that mid-point and their village of origin somewhere in deep Africa.

The government is obviously aware of all this. But it covers it up and mouths instead what it knows to be a lie. Why?

Because what NGO boats are doing is going to save people our country and our neighbour Italy are refusing to fish out of water. That is an incredible political inconvenience. Consider for example that the government might say that due to focusing on resources on beating coronavirus it is not allowing the use of hospital ambulances for anyone who is not infected by that disease. This of course would be an outrageous decision. We would not really react if we’re told that for example the ID cards renewals office is closing for business while the pandemic is ongoing. We can distinguish between the essential and what can and must wait. But bear with me for the sake of argument.

Consider the possibility that the government might say that in order to focus on saving the lives of those hit by the coronavirus, it is no longer able to save people’s lives if they call an ambulance because of a heart attack or a traffic accident. The immediate reaction of many people, no doubt, would be to say fine, here’s my phone number on Facebook. If you need to be taken urgently to hospital call me and I’ll drive you myself. People would volunteer to make up for the government’s shortfall. Basic solidarity would impel us to volunteer to replace a public service that has failed.

The government may not like that very much. They may have calculated that letting heart attack patients die at home would free them up to deliver on some other commitment. And they would be made to look bad if volunteers end up doing what the government said would have been impossible to do.

That’s what these sea-going NGOs are doing. The government is telling us all they just don’t have the resources to be going out to save people in distress at sea. They’re too busy focusing on coronavirus. You and I are helpless, or, more likely, we couldn’t care less about the fate of people in distress at sea. We could even be gleeful (as some clearly are) that the current conditions will force people to drown. But these NGOs do not accept that helplessness. They go buy a boat, sail out and pick up the people who need saving.

They prove thereby that people in distress can be saved and the only reason their passengers haven’t been saved by anyone before the NGO picked them up, is because the government did not want to save them.

Xandru Cassar’s one-man protest in front of Castille that started yesterday is that man’s way of showing displeasure at his government’s indifference. The sea-going NGOs are also conducting a form of protest because in principle states should use their much better equipped resources in order to save lives at sea and NGOs are having to take their place because states are abdicating their responsibility.

Like all duties, the reasons for living up to this responsibility are clear and self-evident. The objections are irrational and greedy.

“Why should we save them with our money?” said one commenter on Facebook yesterday. We should make sure the hospital only uses his money if he were to need urgent surgery in hospital.

“Would you shut up if we were to save them and send them back to Libya?” said another commenter. We could do that but if we’re going to kill them at the end why spend the money to save them in the first place?

“How about saving the children?” said some, desperately looking for a conscience. Sure, that’s an idea. When they grow up enough we can then tell them we let their parents drown the day we generously saved their lives.

There’s no need to refer to any particular religious precept, or even to all of them at once.

If you deny a group of people human dignity by removing their right to have their lives preserved above any other consideration, you deny yourself the same human dignity. If you strip others of human rights, you are denying the universal application of those rights. That implicitly means that you renounce the inalienability of your own rights. 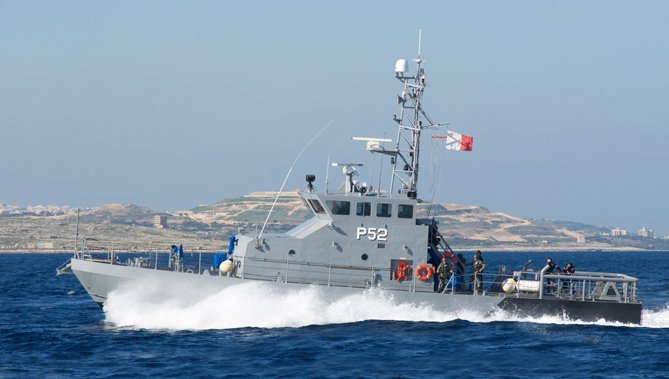 If you’re ok with a soldier of your army cutting the engine cable of a boat out at sea and leaving its passengers out to die, you’re ok with the suspension of the rule of law even as it applies to yourself.

One day you’ll be stopped at a road block by an army patrol and who knows what they might do to your engine cable. But you won’t remember that your selective solidarity starts a chain that leaves you out of your own club.

So, if you wanted an argument which is not based on faith to live up to your obligation to insist everyone’s human rights are protected, here you are served with the imminent threat to your own rights. One day it will happen.