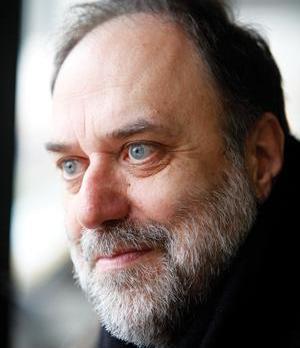 I thought I should perhaps write something about Mario Philip Azzopardi. He’s the guy with the Herr Doktor Mengele eyes who trawls the net for women to insult with sexually offensive terms and to inflict verbal violence that would cause a melee in the mud to pause in gaunt embarrassment.

It would be legitimate for me to speak about him if this was a political discussion. There’s the fact that one of the reasons we have less women in public life than we should have, and certainly far less than we need, is the fact that they have to handle far more and far worse than men in public life on average have to live with. This is a society that still looks for and finds ways of telling women their place is in the kitchen because they can’t expect to handle the heat of the drawing room.

There’s also the political discussion about a side losing any points that it can put forward with logic and rationality and resorting instead to intimidation and violence to impose its will. Screaming blue treason while foaming at the mouth and rolling one’s eyes in the back of one’s head does not a political argument make.

But this is not what we’re dealing with here.

To say he’s sporting the symptoms of a rabid Laburist is ignoring the fact that most rabid Laburisti don’t behave anything like he does. He picks on women, hurts them, pours hate on them and then he makes sure we all see his deed like a smug cat that brings its owner the mutilated bird it grabbed from its cage.

The fact his behaviour is not unique is beside the point. He does remind one of Toni Zarb so clearly this is an affliction that is not without precedent.

Previous:Can our government brief us on its meetings with Libya?
Next:Mae Yemenja left Malta last night when 60-migrant boat spotted at sea