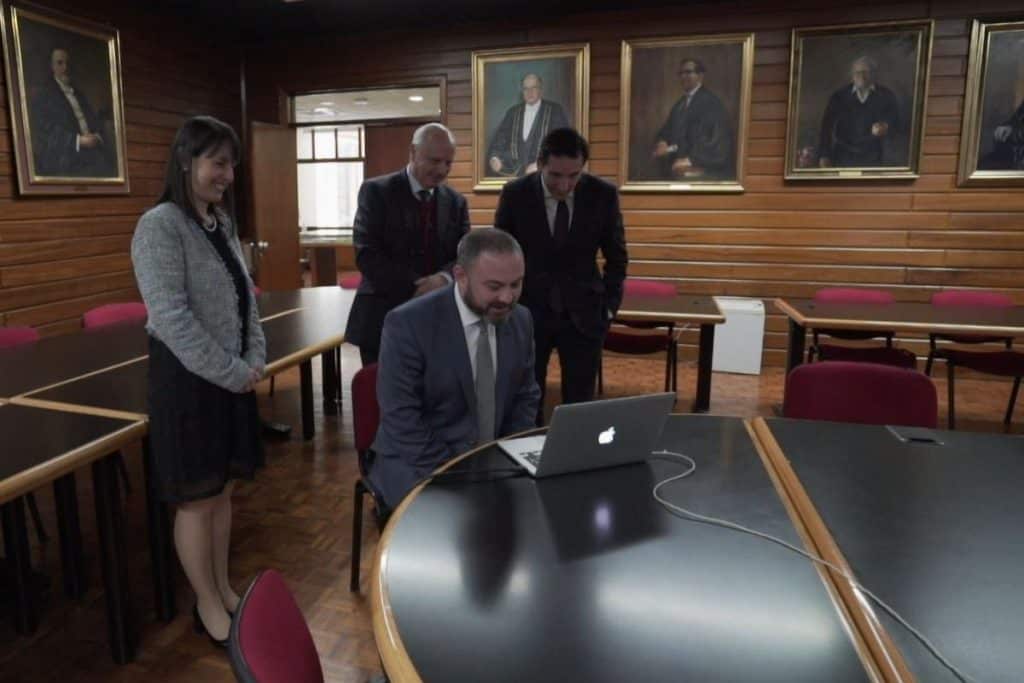 Stay home. Don’t make unnecessary trips. Don’t stretch the national health service by having meetings you can have from home. That applies to everyone, except Owen Bonnici apparently, who has been throwing himself at every photo opportunity imaginable like his life depended on it.

Today he dragged the education ministry’s permanent secretary (not too terribly useful on a good day), the university’s rector and someone else to watch him watch a Skype call on a laptop.

I don’t know where Owen Bonnici has been living since 2005 but video conferencing is no longer science fiction. Yeah, mate: 2001 A Space Odyssey has come to pass.

A Skype chat has become rather more useful now that more people have to have more meetings at home. But that’s the whole bloody point, isn’t it? That if you have a Skype call you can stay safe at home and keep others safe from anything you might be carrying.

But no, Owen Bonnici, needs us to see him sit at the edge of his seat with his clammy hands between his legs smiling proudly like he’s showing his mummy that potty training has finally paid off.

Can we be given an actual understandable reason why the education minister broke protocol, called a meeting at university just to show everyone that it is no longer necessary to go to university for a meeting? Is this for him to justify getting out of his pyjamas this morning?

Our education minister is someone who is incapable of being educated himself, not even with instructions that have been repeated by his cabinet colleague every day of the last month. An idiot is an idiot is an idiot. But this one is an idiot that likes to be in inane photos.

It’s not the first time that Owen Bonnici is thought of as a waste of space. Now that he should be at home unless absolutely necessary he steps outside to become a literal waste of space.