Porridge with a sword 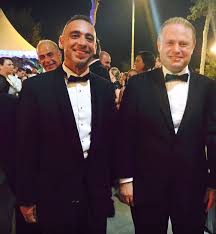 This Alexander Dalli is something of a clown. The ex-army officer is the director of prisons but he seems to fancy himself as a sort of a tinpot military ruler. He is manifesting messianic delusions that remind one of Idi Amin. And the more time passes the more unhinged he seems.

Yesterday he staged a changing of the guards in prison as staffers locked down for the past week gave way to the new week-long shift that replaced them. Publicly thanking them for their sacrifice in these difficult times is perfectly appropriate behaviour for their boss.

But to put on a dress uniform presumably of his own design, salute them as they awkwardly walked past him unsure of what to do in response and then greet them with a sword – I mean literally, a sword – as if he was the warden of the Bastille is not appropriate at all.

It is demented and suggests we have a serious case of delusion of grandeur on our hands. In the pressure cooker condition of a prison – let alone a prison under lockdown, without even the superficial scrutiny of family visits – this sort of self-importance is dangerous.

What’s a prison warden doing with a sword in this century? When parading police or army officers put on bayonets and their seniors wear a sword on ceremonial occasions, they harken back to the long tradition of their colours and regiments. There is something symbolic about that pageantry that we can understand.

But I think it will be hard for Alexander Dalli to show that any of his predecessors wore a dress uniform and a sword. Maybe they did that at the feet of the gallows? Maybe he does too?

Here’s One TV’s straight-faced report of yesterday’s changing of the guard. They’re deadpan serious about it. We’re being asked to get used to a new normal. Does it have to look like Alexander Dalli imagines 1866 was like?

Previous:Those alive that fight for the dead
Next:WATCH: 30 months on