The presumed guilt of fake news

The government is reported promising media owners some help to see them through the coronavirus crisis but reporting by the editorial arms of those media outlets suggests that the details are either too thin for now or else they have been kept from journalists for the time being.

Who gets to be eligible? On what basis is it paid out? Are there any strings attached?

The government’s commitment came as a response to calls made most prominently by Times of Malta, The Malta Independent and MaltaToday that are all starring into oblivion now that the long-term trends of shrinking advertising revenue has been precipitated by the economic shut down.

I supported and support calls for state-funding of independent media. Let me underline the term here is “state” not “government”. There is a clear distinction which needs to be made, though confusion is understandable. To keep it simple and avoid a treatise on terminology of statehood, decisions about how much, how often, to whom and when payment is made cannot be taken by prime ministers or government ministers.

This is not unknown. The prime minister cannot intervene on whether a judge is paid their salary this month on the basis of whether they took a decision for or against the government in court. Similarly, the health minister cannot decide to cancel surgery for people who vote for the other party. That’s a big reason why we have laws, to limit what the government can and cannot do with your money.

Not everyone is reassured by the use of such safeguards and they can’t be blamed.

There are two sets of people who disagree with the idea of state-funding for the media. The first set is made up of those people who consider news organisations at best any other business. In normal conditions a business that cannot keep up with the changing needs of consumers is allowed to die a natural death. If you run a shop renting out DVDs in 2002, you should not expect subsidies to stay in that business in 2020. The analogy then goes on to say that if people want to use Facebook to quench their need to acquire information, newspapers, radios, websites and TV stations should not expect to be subsidised to provide news to no one.

Except that the popularisation of information, particularly on Facebook, has done away with the rigour of verification, the judgement of ranking importance, the loyalty to truth, the plurality of views and those values that independent media are expected to uphold. Like all human activities, independent media is characterised by the times it fell short of these values but having them and falling short is better than the chaos on social media.

Because chaos is a ladder. And people with money then exploit the illusion that social media is ambivalent about the content it carries by spending money into Facebook to warp reality in a direction favourable to them. The extraordinary amount of money Joseph Muscat’s government spent on Facebook illustrates this.

This is when you have Konrad Mizzi buying Facebook bookings to impose his unfiltered mug on everyone’s newsfeed rather than sit to a gruelling interrogation by journalists squeezing the truth out of him.

The second set of detractors are people who fear that state-funding would be used as leverage by the government to force independent media to tell their side of the story at the expense of the truth. The Shift News made this case 3 days ago warning independent media calling for government money that they are doing nothing better than whoring themselves into government agency. My words, not theirs.

This is not an unreasonable fear. The government uses all the leverage it has to force its views on the independent media. And we have seen our own independent news organisations fall for that pressure before though they’re not likely to agree with that interpretation.

Consider how MaltaToday’s editor Saviour Balzan was, by his own admission, in thrall of Joseph Muscat and Keith Schembri. He will not admit it, but it is reasonable to suspect that their advertising spend with his businesses had something to do with that infatuation.

Although Keith Schembri was not in government then, the promise of power combined with at least €650,000 in off-shore accounts made Adrian Hillman, Managing Director of the company that owned Times of Malta a slobbering vassal of the Labour Party.

On top of all that, in government Labour used public expenditure in advertising as a carrot and stick to strong-arm the media into editorial choices that pleased them.

From a government’s point of view this is not a long-term strategy and ultimately all independent media turned on Joseph Muscat at the end of 2019.

But why risk going down the path of dependence on governmental grace again?

Certainly, exponents of the Labour Party are seeing the penury of the independent media as an opportunity. Consider this post yesterday by Tony Zarb.

The reference to ‘Fake News’ is not incidental. Tony Zarb, his party and his government have repeatedly used the term to discredit revelations of scandals in the Labour government. The Panama scandal? Fake news. The Electrogas swindle? Fake news. The hospitals imbroglio? Fake news.

On the other hand, they paddled their own alternative reality with proper fake news stories like the Caruana Galizia brothers killing their mother to mention the most egregious example.

Fake news is a generic term then applied to anything outside Labour’s official story and the dread judge of that would be someone like Tony Zarb, acting on behalf of Joseph Muscat or Robert Abela.

That is a scary prospect. And not too far removed from reality.

I think it is fair to say that it was the country’s good fortune that Joseph Muscat was forced out of office before the coronavirus pandemic reached us. Obviously this is the supreme benefit of hindsight speaking but if Joseph Muscat held on for another couple of months he’d have used this crisis to rehabilitate his reputation, suspend all the pressure on him from the revelations of his office’s and his own involvement in a murder cover up which can only really happen while a court is open for business anyway and enforce his will on a country in panic.

I’m not saying that Robert Abela is some sort of blessing. I am saying that Joseph Muscat would likely now be implementing Victor Orban-style laws imposing consequences on “fake news”. 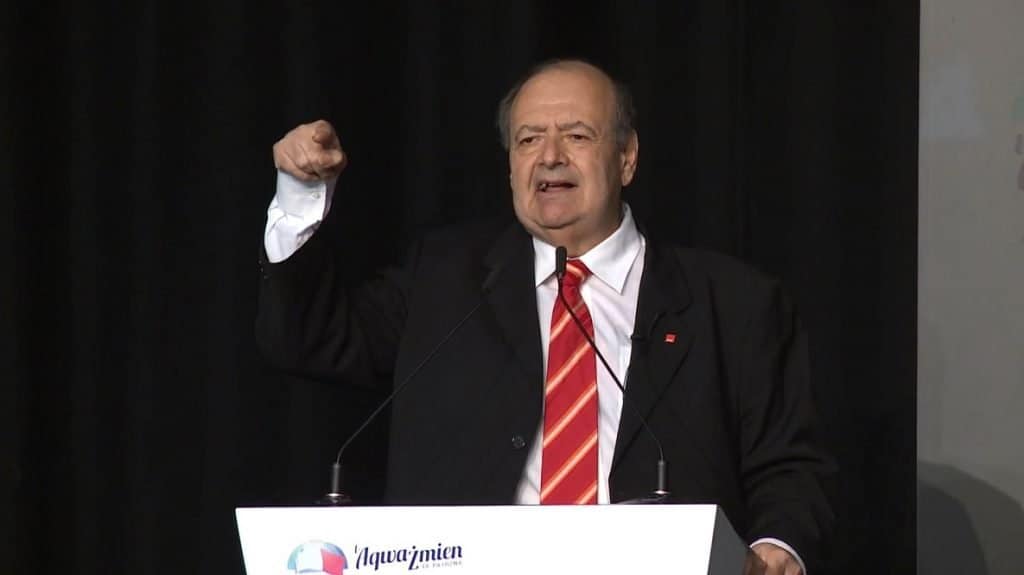 Tony Zarb was always a good barometer of what Joseph Muscat’s government was thinking. That apparently innocuous Facebook post is insidious indeed. He recognises implicitly that independent media will not be able to function without public money and proceeds to tie the string of loyalty to the government’s official line as a condition for payment. Flip that around and it means that Tony Zarb is advocating the closure of independent media if they do not support his party’s version of reality.

This is a nightmare scenario. And there is no reason to think that Tony Zarb is an any less accurate barometer of Robert Abela’s government than he was of Joseph Muscat’s.

Does this make state funding of independent media a bad idea that the independent media should not consider? Is it true that taking the state’s money in this case is in and of itself compromising one’s independence and becoming a paid government agent?

I don’t think so. To begin with publicly funded media can be independent if they are zealous about their autonomy and the right safeguards are put in place. Contrast TVM with the BBC which should give the idea. But those are public broadcasters and the comparison with independent media can only go so far.

But will my journalism become indebted to the government if I use the free health care provided in their hospitals or I send my children to their schools? If Tony Zarb cannot see the difference between the state and the government he supports, are we all to be blinded by the same false conflation?

Tony Zarb would want us to be because he would like nothing better than a country without Times of Malta, The Malta Independent and MaltaToday and a nation dependent on his daily Facebook rants for a perception of reality. We should not fall for that.