The responsibility of authority 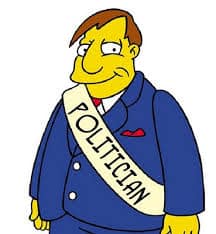 It should not surprise us that healthy scepticism of authority is now turning into a definitively unhealthy loss of discernment about what sources can and should be trusted.

Consider the lonely senior citizens of San Ġwann. They’ve been told for almost a year to stay alone at home until the Mayor, no less, told them they’d be ok meeting up for a spot of bingo like the good old days. I’ve seen cruel comments by people saying the many old people who booked a ticket for bingo and won the lottery of a deadly virus infection have no one to blame but themselves. After all the authorities have been warning them for months and months to stay indoors and avoid meeting people who do not live with them.

But what is the Mayor if not an authority? Why shouldn’t vulnerable, old people rely on their Mayor and their Council not to put their lives in danger?

Consider how Robert Abela is promising 2021 to be “one of the best years” yet. But the next day Chris Fearne warned us that we should not expect herd immunity from the coronavirus “before the end of summer”. Until then we are to live with the restrictions that have made 2020 one of the worst years ever.

This is not Chris Fearne’s fault, of course. Though the low target setting for distribution and dissemination of the vaccine seems to be a watered-down cocktail made from two measures of lack of ambition, a measure of exhausted capacity, and shaking with a sprinkling of gross inefficiency.

What is not Chris Fearne’s fault is that his prime minister’s delusions are getting worse by the week. In no time, he’ll be telling us we can shoot up detergent in our veins and the country will turn bright and colourful again. Truly, we’re not in Kansas anymore.

Why should people be made to choose who to believe, their prime minister or their deputy prime minister? What stops them choosing the more optimistic prognosis, however unqualified, incompetent and choked full of electoral urgency?

Why should we be surprised if people choose to rely on Robert Abela for their public health updates?

These episodes of deadly madness are not restricted to the coronavirus.

Consider how Anġlu Gafà, now in the job as police commissioner for several months, set out to refresh the public’s confidence in the police force when he took over. He promised arrests and arraignments in high-profile cases. Why were we expected not to believe him? Why should we not rely on our chief policeman to keep his promises to us? And yet, here we are, still without high-profile arraignments and more doubtful than we’ve ever been that the institution he runs has any interest in ensuring justice for us.

Consider how Adrian Delia provided his credibility as a public figure, such as it is, to merge his personal vendetta with charity for a deserving cause.

Consider how his ally, Simon Mercieca, lends his academic credibility to conspiracy theories, whether they are about a frame-up on Yorgen Fenech or about the spread of Bill Gates’s nanobots in a vaccine against a hoax of a disease. It is true, even Joseph Goebbels had a PhD from Heidelberg. But why should we expect people not to rely on the wisdom of their learned dons?

What’s happening here is that politicians are giving people reason not merely to disbelieve them, but to disbelieve anyone who’s a politician or a person of public authority. If doctors earn a reputation for prescribing medicines manufactured by companies that pay them kickbacks, people will start to self-medicate.

When people are surrounded by lying politicians, they will wonder why they need democracy at all. We’re asking for some serious trouble now.