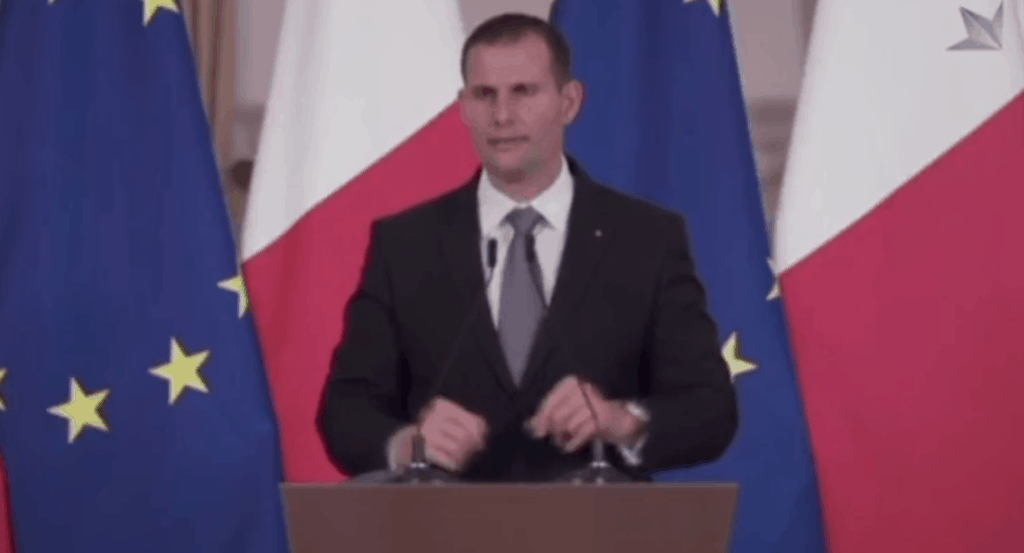 In a recent but much happier press speech by Robert Abela, our prime minister told his audience he was the guardian angel of journalistic freedom. “I promise to be the strongest defender of all journalists,” he pledged. This was the end of last January, just over a month ago.

Yesterday he lost his shit when Lovin Malta’s Tim Diacono asked him if he would apologise to restaurateurs, whom he had promised his covid magic would keep them open. Just last week the 11 pm time-limit on restaurants was lifted, giving everyone the idea that things were getting easier, not tougher.

He blew another gasket when MaltaToday’s Nicole Meilak asked Charmaine Gauci if she felt she needed to assume responsibility and resign over her inability to rein in Robert Abela’s optimism and impose the restrictions we properly need to stay on top of the covid infections.

Yesterday I wrote about how worrying it is to see our prime minister lose his cool like that. How his confessions of a mental meltdown in the face of the pressures of a pandemic tell us we’re all in greater danger than we would be if someone competent, less obsessed with their popularity and more focused on doing their job, was in command.

But something that took a bit longer to sink in was just how irresponsible the prime minister was in raining his fury down on two reporters asking tough questions of him. Tim Diacono and Nicole Meilak have been targeted by a wave of trolls trained by the crying Joseph Muscat to unleash hell at the sight of their political boss whimpering and weeping.

The only real guardians of journalistic freedom where journalists themselves who spoke up for their colleagues and friends. Here are some examples.

Robert Abela is nobody’s defender, except his own. And he isn’t even great at that either.

Consider how his minions Byron Camilleri, Edward Zammit Lewis and that grotesque giant baby Anġlu Farrugia, rushed to suppress George Hyzler’s report that found Joseph Muscat had breached ethics when his thugs locked journalists up in the middle of the night in Castille.

They wouldn’t want to risk the State recognising that grave outrage and perhaps learning from it. You never know when Robert Abela might need to lock up journalists again to prevent them from asking him questions that might push him over the edge again.