A police state. Not the good kind. 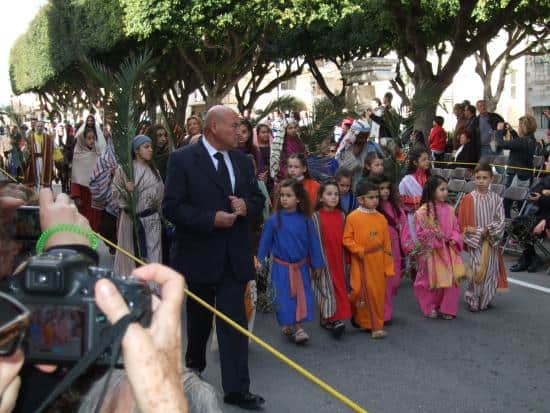 Then there are people who volunteer their time and money for culture and folklore. You are possibly not interested in all of that and you might dislike some of it. But you can see the selflessness of people who organise village festas, who raise money for street decorations and fireworks, and costumes for pageantry and exhibitions with cultural or religious themes.

Then there are people who organise sports, particularly for children and young people. People who give their time for basketball nurseries and boating clubs, and hockey and badminton and dance.

And then there are people who give up their time and contribute money for causes and opinions they feel strongly about. Again you may or may not agree but you can see that these people are not doing this for themselves but for the wider community. They sleep in tents to block heavy machinery from turning fields into tarmac. They march against racism and help migrants find jobs. They campaign for equal rights for women or disadvantaged groups. They campaign to change laws to make society fairer.

This is the voluntary sector, made up, for the most part, of people for whom life is more than money. Some would tell them that if they had invested the energy they spent decorating the street for their saint’s festa or arguing for the rights of black people into some business enterprise they could be rich. Certainly richer than they are. And yet they seek and find fulfilment by giving, rather than taking.

This is democratic life. This is freedom. It is about culture coming up from the streets instead of from official commission. It is opinion paid for and supported by the money of those who share it, not by governments or interests that seek to control it. It is solidarity expressed and experienced beyond the basic duty of a tax-paying citizen. It is loving one’s neighbour, whether you know them or not.

The government cannot bear this to go on.

They have introduced regulations to restrict and contain, control and keep close tabs on the money people choose to spend to support community and non-profit work. They want to know who you’re giving money to. And if they don’t like where you’re putting your money, they want to know enough to be able to discourage you. Perhaps punish you.

And they are loading voluntary organisations with ever-higher mountains of bureaucracy, form filling, oath-taking, day hours meeting, and deadline chasing, turning non-governmental organisations into submissive agencies of the state. In the process, they make it harder for volunteers to find the time to do actual work rather than spend time justifying themselves to the government for wanting to do it.

Every change in an organisation’s committee brings about a mountain of paperwork. Every time someone new shows up to help out, it’s a nightmare of declarations prone to error that may and will be used against them by the government somewhere down the line.

Proving one’s clean record is more burdensome if you want to sit on the committee of the local boċċi club than if you’ve applied for a warrant to be a lawyer. Clean conduct certificates from the police are required. Not just once. Periodically. Frequently.

The excuse that this is to fight against financial crime is ridiculous. Accounts, audits and financial tests on a random basis or on a basis of reasonable suspicion, or even intelligence, should be enough to focus investigations where there are concerns. Instead, it has now become impractical to work in the non-profit sector.

And that’s what they want. You know this is not incompetence, but suppression, when they hire Mario Tonna as “investigator” to drag non-profit organisations over the coals.

Consider that now you need to file a recent police-conduct certificate every time you agree to take out a bucket to collect coins for the poppy appeal. You need to use a bucket the government gives you (and they keep the key). And you open the bucket in their presence.

But the “investigator” who makes sure you’re doing it right couldn’t get a clean conduct certificate from the police to save his life. When Mario Tonna was a police inspector he harassed his superior officer with prank calls. He was caught and was convicted. The sentence was confirmed on appeal. You won’t find that court case in the court records because Mario Tonna has exercised his “right to be forgotten”, a perversity of justice concocted by the usual suspect, Owen Bonnici.

Because of someone’s blinding fit of pity, Mario Tonna wasn’t fired from the police force. Instead, he was banned from promotion within the force. He sat tight and waited for Labour to come to power. When it did he shot up from a disgraced lowly police inspector in a dead-end job to assistant commissioner of police lording it over the traffic police.

He was a candidate for the top job in the force even though he had resigned sometime earlier when his partner reported him for beating her. He had also been arrested for drink-driving and hitting and running.

This man is verifying for propriety community volunteers, public-spirited, hard-working, selfless citizens. This man will be checking if the guy holding out a net on a stick for a collection during the Good Friday pageant in Żejtun is a criminal. He will be checking if the woman who works with children at the cancer hospice is a crook.

And Mario Tonna will start by presuming they are. They can then obtain a clean conduct certificate from the police, fill out a dozen forms, and wait at home for the government’s permission for them to work in the interest of this community.

This too is how democracy dies.

Previous:Knock it off the front page
Next:GUEST POST: Truth was on our side