After that immortal press conference by Robert Abela when he huffed and he puffed and tried to blow journalists down, lashing out back at ‘nasty’ questioning, complaining of dizziness and of being made to work when he felt he wasn’t supposed to, many people could at last see that not all is well at Castille.

Malta Today’s survey results paint a clearer picture. There’s little danger yet of Labour losing the next election. But for a party now used to victories big enough to cripple and humiliate the opponents, a shrinking majority will come as a bruising shock. It will be hard to climb down from the sort of impunity that comes with thinking it doesn’t matter how badly the government does, or how egregious the crimes of its leaders. 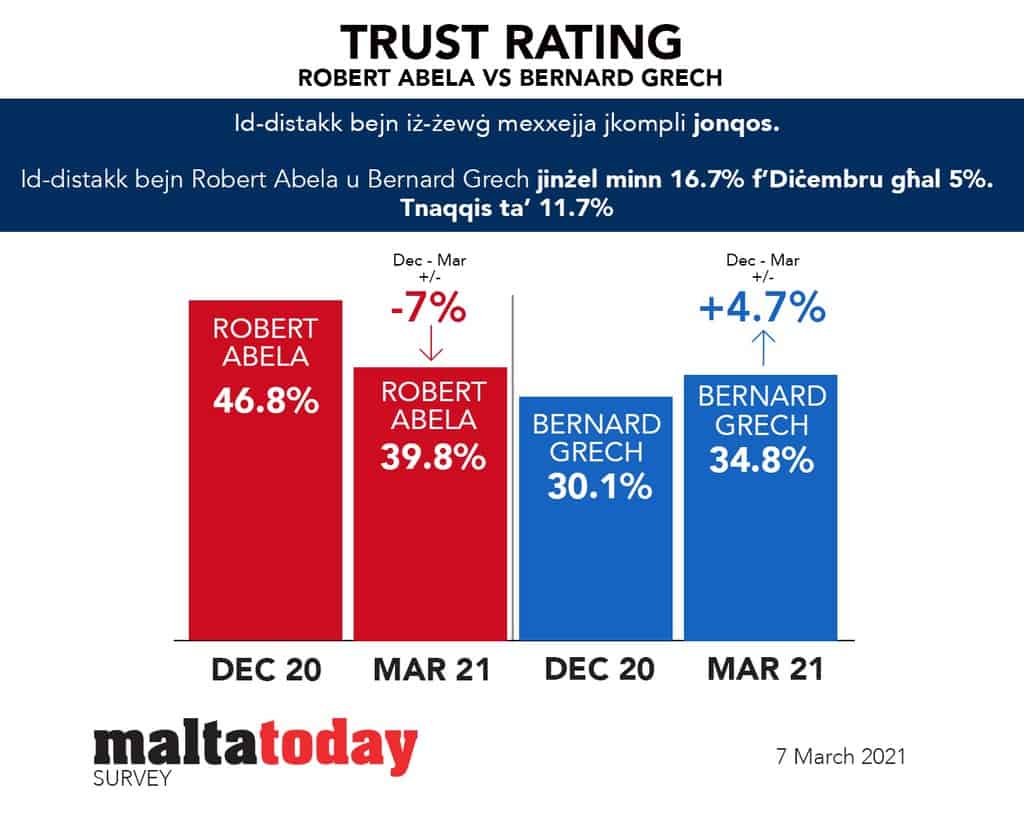 The Times of Malta series documenting the slimy connections Yorgen Fenech had in government continues today with Johann Buttigieg — he who gave Konrad Mizzi a fat consultancy the day he resigned in disgrace — exposed as yet another component of Yorgen Fenech’s harem of bitches.

There used to be a legend about how the cyclopes lost one of their eyes. They agreed with the gods to give it up in exchange for the faculty of foreseeing the future. The gods cheated them. They took one eye out of their head and let them learn just one fact about their future: the day they would die. After that they walked the earth in perpetual despair.

Robert Abela knows what you don’t know. He knows about everything that has been discovered in Yorgen Fenech’s conversations in that year between when he was outed as the owner of 17 Black and the day he was charged for murdering Daphne Caruana Galizia. So every time you read a new revelation forgetting last week’s, Robert Abela has the opposite experience. He’s counting down the revelations yet to be exposed.

It’s a desperate experience. Every time he is forced to force someone to resign, he’s bludgeoned by his party. And every time he tries to hold on to the subject of the latest revelation, attempting to survive, he loses a little bit more of the electoral support he needs to inherit the Invictus belt.

The shouting at the journalists this week was matched with that another parry to the indefatigable Jason Azzopardi. And now we have the attempt to ban Repubblika altogether with trumped up charges of profiteering, overspending and working for a political party.

It is hard to be sure whether Robert Abela seriously expects an NGO to be shut down in a country that still insists on telling the world it’s a democracy. It’s impossible to rule it out. Remember this man accused Daphne Caruana Galizia’s family of not wanting justice for their slain mother for daring to seek legal advice from a UK law firm. 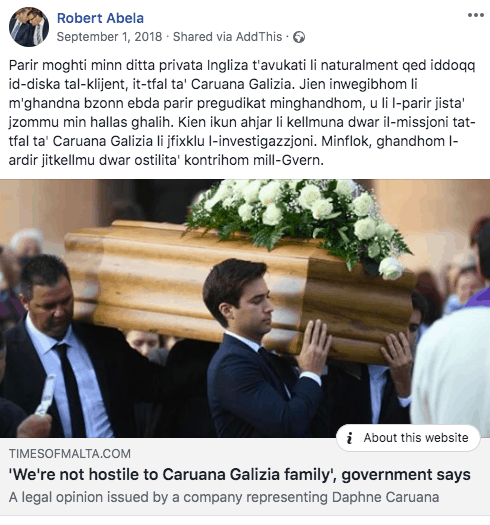 But even before reaching the ultimate objective of a formal ban, Robert Abela wants people to be thinking a bit less about his government’s intimate relations with the mafia, and more about Jason Azzopardi, about pesky journalists and about NGOs that don’t mind speaking up.

He is pressing on points which he rightly or wrongly perceives as weak. Isolating individual journalists, experience tells him, is relatively easy.

Journalists don’t speak up for each other as a rule. They are quicker to criticise each other, slower to stand together. There were a few moments at the press conference last week where a more cohesive press corps would have walked out of Robert Abela’s press conference leaving him alone with his One TV lackey.

Robert Abela is also used to a divided opposition. Jason Azzopardi is an easy target. The PN’s former leader  never minded throwing Jason Azzopardi under the bus. Bernard Grech stood up for his man this week but the tensions and the distances are never far from sight while Adrian Delia continues to foul the smell of the opposition benches.

The onslaught on Repubblika is interesting. A couple of years ago Labour still had the help of the PN media when they rounded on Occupy Justice activists accusing them of campaigning for abortion and pocketing funds. That sort of pincer approach is unlikely now. But Robert Abela is still gambling on isolation.

If the PN step in to the fray to defend Repubblika’s right to exist, they’d be unwittingly feeding the false narrative that the PN and Repubblika are joined at the hip. So Robert Abela bets they will hold back.

The real question is whether other NGOs realise this is a threat to them as well. Put aside for a minute the trumped up charges of financial wrongdoing or mismanagement. Robert Abela knows as well as I do that there’s nothing to these half-hearted accusations accept fodder for Labour trolls on Facebook. All those are for is to serve the interest of Yorgen Fenech who wants Repubblika to shut up about as much as Robert Abela. Here’s Anna Mallia, part-time judge, full-time Labour grandee and Yorgen Fenech’s lawyer, trolling Repubblika on Facebook yesterday. 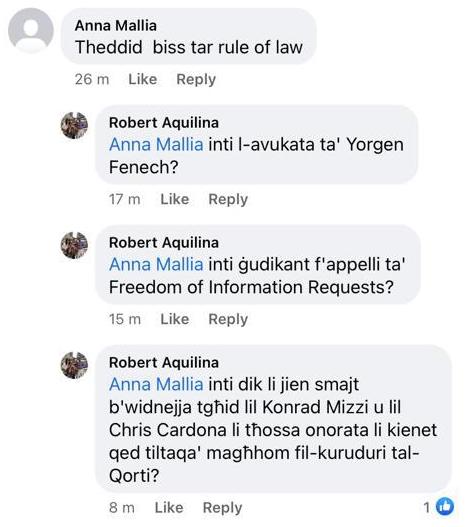 Beyond this crap, the government will never be able to sustain any of the financial accusations because there is nothing to sustain them with. They are false. End of.

All NGOs should understand the implications of this. If an official of an environmental NGO writes a series of articles criticising, for example, the government’s policy on the construction industry; if an NGO submits, say, a critical position paper on planning rules; if an NGO calls protests in the street to push back on some government initiative, by the standard being applied to Repubblika they’d be acting out of order. Particularly if it so happens that the parliamentary opposition agrees with their stand.

That would be enough evidence to justify the commissioner for voluntary organisations to apply his discretion and ban that NGO.

Din l-Art Ħelwa, Moviment Graffitti, and all other NGOs operating in all sorts of areas where they may ever find themselves disagreeing with government policy (which happens) – the Malta Employers’ Association, ADITUS, the list is endless – risk elimination as a consequence of this new offence. But then think about it. This can be extended one step further. A band club can be disbanded if a member of its committee writes an opinion piece, in her own personal capacity, criticising the government. That’s what we’re dealing with here.

Robert Abela is betting that like journalists when one of their own is singled out and identified for a ban, NGOs will not speak up . The intuition is to survive and sometimes the thing to do in order to survive is to shut up.

That’s how tyrants get away with it.

This is how democracy dies. 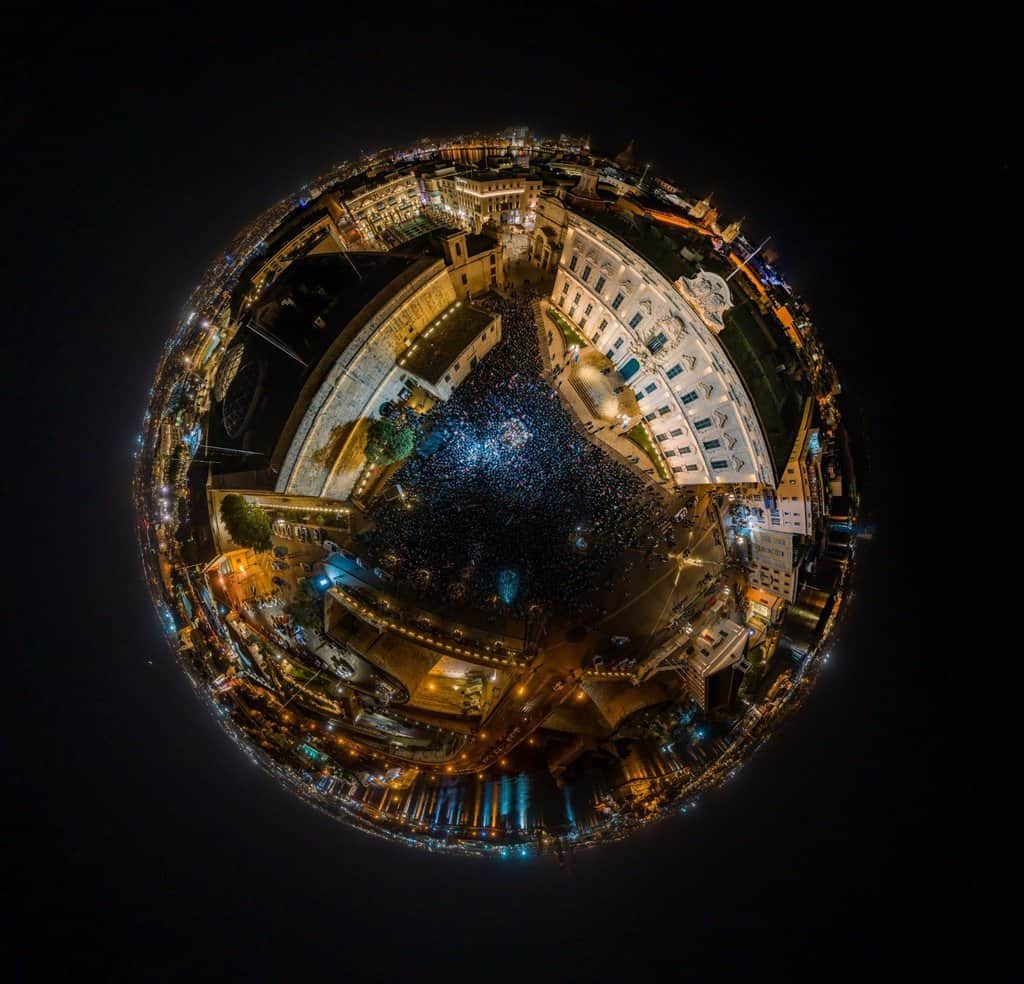