When they paint Keith Schembri on the ceilings of churches 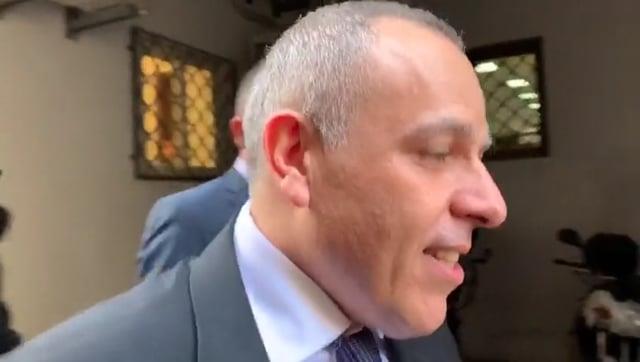 Look how the mighty have fallen. Keith Schembri’s Facebook rant today was a proper squirm-fest. Any day now he’s going to be dragged to a court room and charged with a small fraction of his many responsibilities. We have to start somewhere. Looks like we might.

Even Keith Schembri must be right some of the time. He was right to complain today that the charges he’s about to face emerge from an inquiry that took four years to wrap up. Without a shrfed of sympathy for the late power behind the defunct throne, I must agree that the evidence should have led to his prosecution a long time ago. Not because Keith Schembri needed to wait for it. But because we did.

As Simon Busuttil had told him the day he went to court with a pile of “empty” boxes of evidence, Keith Schembri should never have been in politics to begin with. Instead, he continued to inflict his presence on us until November 2019, even as the evidence against him continued to pile up.

In his rant of today Keith Schembri starts with his first grotesque lie. He said that when he resigned in 2019, he expected to enjoy time with his family and his businesses. Hilarious, isn’t he? Who does he think he is talking to? Anyone doesn’t remember the circumstances in which he resigned?

Keith Schembri resigned some two hours before he was arrested by the police on suspicion of involvement in the murder of Daphne Caruana Galizia. He was eventually inexplicably released of any suspicion when a letter he denied he wrote to Yorgen Fenech proved insufficient for the police to take the matter further against him. Or so Lawrence Cutajar, now himself the subject of a criminal inquiry connected to the case, said at the time.

Still, the political damage had been done. Keith Schembri is legally innocent until proven guilty. But politically his arrest in relation to the murder of a journalist, and the way his mobile phone “vanished” and was never found that night, can never, ever be separated from his resignation.

His resignation was not motivated by the desire for a change in shift in his work-life balance. His resignation became inevitable when a witness for the prosecution testified that Yorgen Fenech was being tipped off from information Keith Schembri was privy to as prime minister’s chief of staff.

Going by Keith Schembri’s version of the story, his life went downhill from that morning when he was first arrested. He’s appealing to someone’s pity one must imagine. And judging by the brain-deprived sheep who bleat like pubescent groupies on his Facebook page, someone out there still pities him.

To think that “in-namberwan ta’ Malta”, “ta’ fuq ix-xiħ”, the man who let Ministers tremble in his wake as king-maker and puppet-master, now wants us to think of him as a victim of State-persecution.

When they paint his image on the ceilings of churches he’ll be represented in his regalia, being strip searched in naught but a Panama Hat to cover his. Head.

For here’s a warning from Keith Schembri we should heed. Seeing him in the dock being asked how he pleads may be the closest thing we’ve ever been to this bastards’ comeuppance. But we’re far, far, far from justice.

Keith Schembri has no intention of being convicted. He does not intend to face the justice he deserves. He does not accept that the law is above him but expects he is above the law.

Consider the image he chooses to accompany his Facebook post: a large crowd of Labour Party supporters. This is the Robert Musumeci logic of rule of law, the pictorial equivalent of erbgħin elf, ħi followed by half a dozen lemon emoji.

I’ll explain. But first the substance of what Keith Schembri says in his post.

He starts by saying that he’s learnt that the inquiry into the €100,000, Brian Tonna stashed for him at Pilatus Bank “were not kickbacks” on the sale of passports to Russian oligarchs. That we find this out from him is intolerable. The sale of Maltese passports is a State-scheme, odious as that is. We, as citizens, deserve to be told if someone was taking kickbacks on the scheme. And if someone wants us to believe that the €100,000 at Pilatus Bank were not kickbacks they need to give us an alternative explanation we can understand. No one has. No one will.

The charges that Keith Schembri is about to be served with relate instead to his corrupt relationship with Adrian Hillman who used to run the companies that own Times of Malta and who, after getting fired by that organisation, worked in various public sector jobs arranged for him by Keith Schembri.

Here Keith Schembri, as we say in Maltese, is fried in his own fat.

Keith Schembri lashes out at a court expert who reported to the magistrate conducting the inquiry into the Allied Newspapers scandal. She’s guilty of three unforgivable crimes: she’s a woman, she’s foreign born, and she was active in a political party (in her native country) which is not the Malta Labour Party. She must, therefore, be lying scum.

Expect a lynch-mob of the sort that persecuted Maria Efimova into exile and hiding. Which is why I will not name her here. Not that that will help her, but at least I won’t provide Keith Schembri with a service he does not need me for. Suffice it to say that I never knew of the lady before Keith Schembri’s rant today.

The irony of it all is that Keith Schembri is furious that in her expert report this court expert says – let me underline that the inquiry report is not public and unlike Keith Schembri, I have not seen it, so I cannot verify what he claims she wrote – Keith Schembri’s scheme with Times of Malta’s companies probably had the nefarious intention of obtaining some benefit for the Labour Party.

This, Keith Schembri screams, shows just how the Progress Press scandal is a conspiracy concocted by the “Nationalist establishment”. The Times deal happened before the 2013 elections, he says. The “establishment” cannot bear to see a tifel Laburist minn Bormla win a contract, he says.

In the midst of all the macho working class hero crap, he says that the “establishment” could never bear that he managed to “build a bridge to Times of Malta that would now listen to what the Labour Party had to say”.

Hold on just a minute. Didn’t you just say that the court expert was inventing things when she said that your deal with Adrian Hillman was intended to give a political advantage to the Labour Party? How do you then confirm that indeed the reason you are being “persecuted” over this is that you had secured a political advantage for the Labour Party? Methinks you should have run this by your lawyers before spewing it all over social media, Keith Schembri.

Never thought I’d say this, but you’re not as smart as too many think you are.

Keith Schembri’s crimes are neither the subject of class warfare, nor a product of persecution, and nor will they be decided by the size of the crowd that the Labour Party can mobilise to shout his name like a fallen Messiah. Keith Schembri’s troubles are the products of his actions, his decisions and his choices.

Meantime though, the fact that the Allied Newspapers affair happened before 2013 is indeed relevant. It strengthens the political and historical indictment against Joseph Muscat and his regime. It clarifies again what Joseph Muscat meant at the Daphne Caruana Galizia inquiry when he defended his choice of chief of staff: not a social worker like that bleeding heart of Lawrence Gonzi had picked, but a “businessman” who would be prepared to bribe, threaten and cajole to service his interests and the interest of the Labour Party.

Yes, Times of Malta was listening to Joseph Muscat’s lies. Many were. They regretted it when they found that behind your smiles and prestidigitations you were setting yourself up in Panama.

If Keith Schembri is weeping over his fate now, we have many Facebook rants yet to come.

You still have to face consequences on the Panama Papers revelations, the Electrogas scandal and your part, whatever it was, in Daphne’s murder, not least the information you gave the killers to help them evade justice.

When you resigned in 2019 you knew this was coming. We’ll make sure it never goes away. You can take that to the bank. They won’t touch anything else you’re involved in with a bargepole.

Previous:Wanted: A Minister who hasn’t robbed a bank
Next:Here’s some background reading while you wait