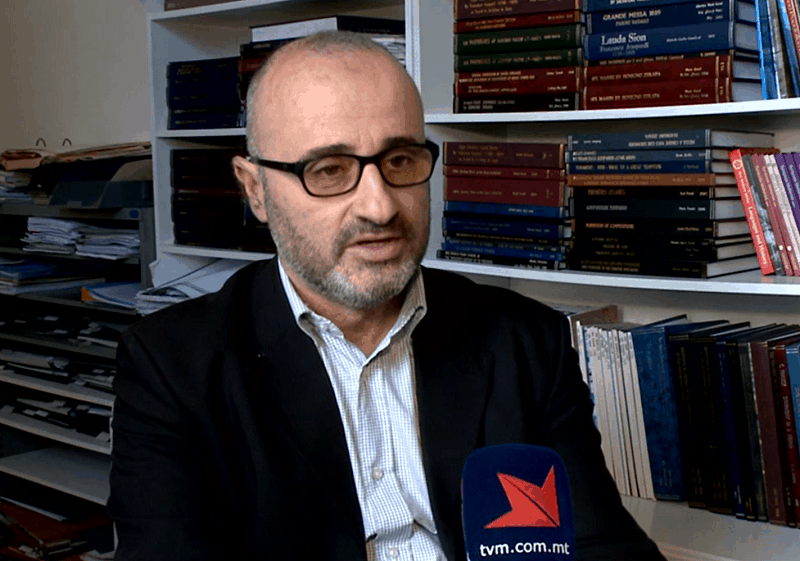 Answers to most of these questions were available before Mercieca began to pretend to ask questions in this article. (If you’re interested, look up Repubblika’s press statements and Manuel Delia’s posts about the issue or his interview with Jon Mallia).

The answer to the first part of the question is obvious.

First, a genuine truth-seeker would simply have called the parties involved and obtained answers for her questions before publishing anything. Mercieca, given the content of the articles linked here, does not appear to have contacted the persons he’s pretending to be questioning.

Second, if those answers had been given in blog posts, interviews, or press statements (which is the case for some of his questions), he would have simply looked them up and referred to them. Mercieca, as a university lecturer, is bound to be an experienced researcher; the absence of any reference to these sources of information is telling.

Third, note that Mercieca’s headline “Is it true that…” is an instance of a headline that is covered by Betteridge’s law of headlines, an adage that states that headlines that end in question marks can be answered ‘no’. The adage is an imperfect principle (it doesn’t apply to open-ended questions and, strictly speaking, should be taken as pointing out warning signs rather than as true in every case where it applies), but it’s motivated by the observation that a writer who runs a story with such a headline probably doesn’t have the sources to back up the story but wants to run it anyway.

The answer to the second question is equally obvious.

Consider Mercieca’s remark on the right of reply sent to him by Manuel Delia’s wife. He writes that ‘In my article, I have never stated that Clemence Dujardin rented property to Repubblika but asked whether she herself was renting property to Repubblika or not. It is important that the correct verb is used when quoting what has been written in an article. This is being said for the sake of clarity and to avoid misinterpretations and misunderstandings.’

Mercieca’s didactic clarification is as self-serving as it comes. He is right to point out that he did not suggest or declare what Clemence Dujardin denies; he merely asked if it was true. But when one wishes to start rumours, or fuel existing ones, framing the rumours as questions gives you a convenient defence. When accused of rumour-mongering, one can simply feign outrage and say ‘I’m just asking questions!’ (The technique is common enough that it has its own page on the RationalWiki).

The technique (as used by Glenn Beck, American radio host and television producer) was once illustratively parodied by the irreverent cartoon show South Park in Season 13 Episode 13. Watch the clip below: note that Cartman (the author of the malicious book) does not need to endorse the claims as statements of fact (he is just asking questions), even though he is the primary source of the rumours throughout the episode. By continually pretending to ask questions, Cartman can act like a respectable and genuine truth-seeker, while in reality he aims to undermine, discredit and harass Wendy, the target of his rumour-mongering campaign, until she abdicates the student body presidency.

There’s little doubt that Mercieca, wittingly or unwittingly, is playing a role in a ham-fisted attempt to propagate a theory (which is still not elaborate enough to be properly pinned down) in which persons who oppose Yorgen Fenech’s influence (like Jason Azzopardi, Manuel Delia, the Caruana Galizias and others) are portrayed as backroom conspirators (hiding laptops, Keith Schembri’s mobile, secret emails) from his hotshot lawyers. Note that there are correspondences between Mercieca’s pretend questions and the contents of the hoax websites being used to discredit Delia.

Mercieca is a fan of just asking questions. Going over his most recent posts reveals quite a few posts in which he asks leading questions which he doesn’t try to answer or which cannot be answered for obvious reasons.

Remember that good journalists or investigators come up with answers. They don’t stand in the middle of a desert and yell questions to the wind.

Previous:Fake websites down; Fake Bernard Grech emails in circulation
Next:Fight for your right to be informed