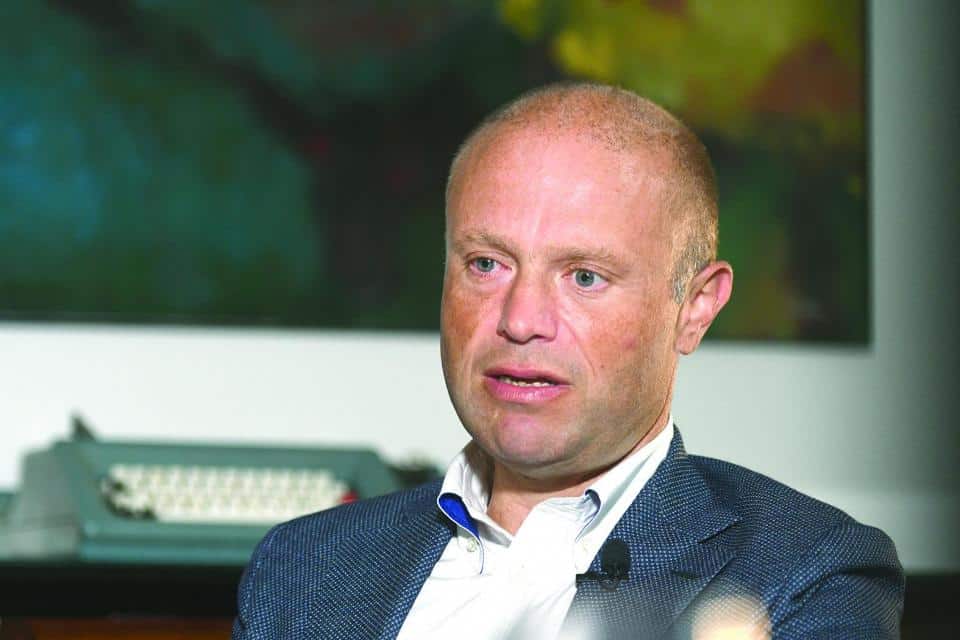 The 2019 Corrupt Politician of the Year awardee is trying to make a comeback. He had been hibernating for many a month with his spouse informing us where they were holidaying through Instagram. But Joseph Muscat is too narcissistic to stay away from centre stage and suddenly decided that after more than four years, an interview with a journalist was in order.

Invictus’s attempt to return to being relevant was a disaster. Though he tried to be ‘cool’, his body language and his refusal to look straight at the camera gave him away. He was apprehensive, even afraid. He looked tired and much older than his actual age.

During the interview, Joseph Muscat blamed everyone – from treacherous friends to the Nationalist Party – for all the corruption that reigned supreme during his tenure. He was the only innocent one. He was the sacrificial lamb.

Throughout the whole interview we saw what Joseph Muscat is best at: lying. But the crook hasn’t realised yet that to be a good liar you need to have a good memory. Joseph Muscat stated that he knew nothing about Melvin Theuma’s presidential pardon and he just signed it when somebody gave him the letter. But a few hours later a video clip about him telling the media that it was he who took the decision because he didn’t want to involve others, made the rounds on social media exposing his economy with the truth.

The same with the Montenegro windfarm. He played it like it was just a routine press thing, barely remembering it happening. Again he was proved to be lying as footage from his visit to Montenegro showed it was more than the usual press event. The inauguration of the Mozura windfarm in November 2019 was the last official visit abroad (not mentioning Bethlehem and the Holy See) before resigning under the pressure of civil society. His friend (or rather, his blood brother) Yorgen Fenech made some €6 million profit from that deal.

Joseph Muscat talked about the love and support he enjoys from many Labour Party supporters. Little does he know that this love and support exist only in his perverted mind. This emperor still believes in grandeur and magnificence and does not realise that he is without any clothes.

To understand how irrelevant Joseph Muscat has become, note the Labour Party’s coverage of his ‘historical return’: there was none. For the PL media house the interview did not happen. Not even one mention, not even one line. Was there an order from Castille to ignore the event? Gone are the days when he was heralded as the new saviour and that the sun first shone over Malta when he took the oath as Malta’s prime minister in 2013. Back then he was everything, the all mighty Invictus.

Joseph Muscat even dared to say that if ‘they’ keep on annoying him he may return to politics. To do what? Split the PL like Mintoff did in the fifties?

The rumour is that Robert Abela is not answering Joseph Muscat’s telephone calls. So, many took this as an indirect threat to the prime minister: ‘Look here, Robert, you are there because of me and because of my wife. Remember that.’

Robert Abela’s next brave move is to throw him out of the Labour Party because the sooner he is forgotten, the better for the PL and for Malta.

Joseph Muscat is so detached from reality that he doesn’t realise that like the people did not let him leave Parliament, they will surely not let him re-enter it.  Read the writing on the wall, get it into your warped head that people do not want to see you except facing a judge asked to give proper account for all the damage you did to our country.