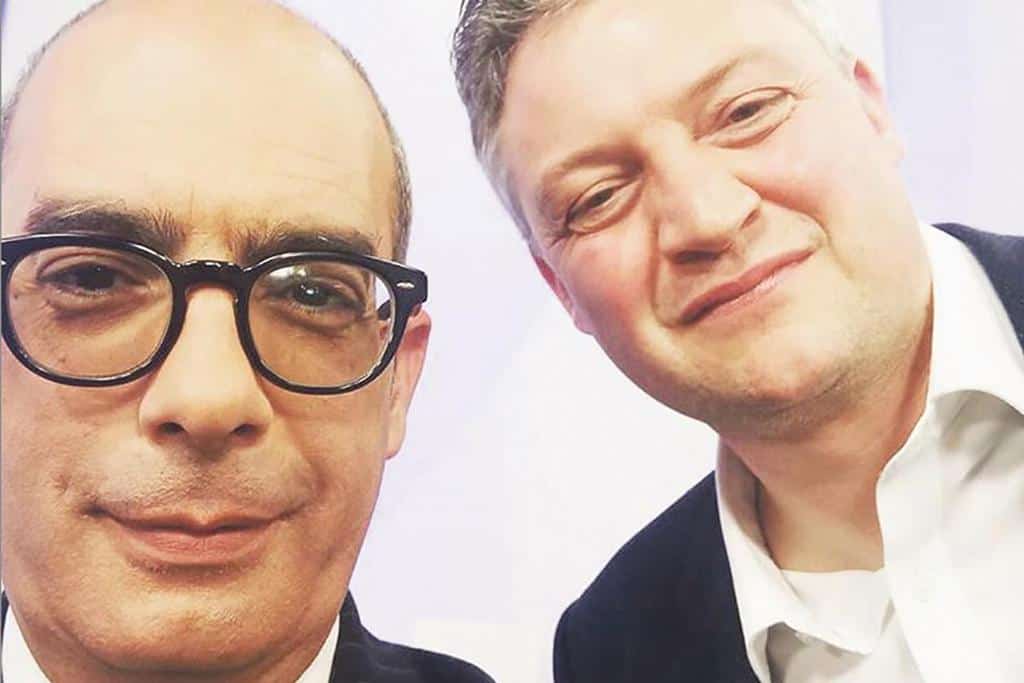 Karl Stagno Navarra landed himself in lukewarm water some days ago by (among other things) relying on the chance presence of a journalist at a protest organized by Repubblika to push the narrative that that it is part of a group colluding against the Labour party. It’s lukewarm water, not hot water, because Karl Stagno Navarra will likely not be reprimanded in any meaningful way by his employers. Given the contents of the apology he gave yesterday, the OPM’s statements, and the fact that Minister Miriam Dalli sat there and watched him do it with a smile on her face, neither the narrative Stagno Navarra was pushing that evening nor the techniques he was using to do it are problematic to his employers.

A while ago, I wrote an article about JAQing (short for ‘just asking questions’), a technique which is used to spread disinformation by pretending to ask questions. The climax of the speech that got Stagno Navarra in that spot of trouble was an instance of JAQing.

Let’s go over his coverage of the event to provide some context and then you’ll see the technique at work.

Stagno Navarra begins by saying he’s talking about ‘a bizarre event’, the fact that Repubblika was camping outside police HQ as a form of protest.  It would be bizarre if they were doing it for no reason at all, and that’s the impression Stagno Navarra tries to leave the viewer with. In his apology after the fact, he referred to himself as a journalist. But, keep in mind, he’s the kind of journalist who failed to set up interviews with the people he’s covering. He’s the kind of journalist who didn’t quote or broadcast any of their publicly available press statements, the kind of journalist who doesn’t tell his viewers what the protest is about. (The protest was triggered by recently published, and potentially incriminating, chats between Konrad Mizzi and Yorgen Fenech and Mizzi’s recent antics in parliament).

This bizarre event, he tells us, was attended by the ‘usual suspects’ and he starts by naming Nationalist politicians like Jason Azzopardi and Karol Aquilina rather than the members of Repubblika who have been there day and night in horrible weather. He alleges that the protest is an attention-seeking exercise organized in response to the Prime Minister’s announcement that the election will be held next year, an announcement which supposedly blew the bubble in one of the narratives that the Nationalist Party was using to draw the attention away from this budget. So far, nothing out of the ordinary, just the usual drivel which attempts to link government critics together so that any anti-PN or anti-‘establishment’ prejudices the viewer might have apply to those critics (in this case, Repubblika).

Stagno Navarra, after doling out this appetiser, turns to the main course. We’re shown a clip, in which we see, according to him, an ‘extraordinary thing’. We see two Nationalist deputies having walked past the protesters. We see a Lovin Malta journalist doing his job. We see a priest speaking to unidentified people. Stagno Navarra names the Nationalist deputies and then we see red text and circles pick out and identify the journalist and the priest. Stagno Navarra asserts that he’s not attacking the fact that the journalist was there. (What were you doing then, Karl?) But he points out that in a short clip, a few seconds long, that was randomly taken, we manage to see members or representatives of four institutions which have declared themselves (when and where?) to be anti-Labour/anti-government: the PN (which is obviously anti-Labour, granted), Repubblika (a rule of law NGO), the Church (there were conflicts between the Church and the Labour party in the previous century; some people haven’t gotten over it) and the media (Karl Stagno Navarra is part of the media… is he anti-Labour/anti-government too?).

These institutions, according to Karl Stagno Navarra (an expert political and cultural analyst with nothing to prove his qualifications) are the anti-Labour/anti-government ‘establishment’. (There’s a lot of talk about establishments in Labour rhetoric, but no real definitions of the ‘establishment’ and no criteria for determining who or what belongs in the establishment).

Then, we reach the climax of Stagno Navarra’s speech. He asks whether it is a coincidence, in a clip of this nature – so short and random – that we see members of these four institutions? The answer to his question is obviously ‘yes, it’s a coincidence that these people were there, nobody was colluding and conspiring, etc.’, but Stagno Navarra says, ‘I don’t know’. When he pretends not to know, he’s both denying the obvious answer, and thus inducing uncritical viewers to think along other lines, and he’s also trying to cover his ass, because he can say in response to accusations: ‘I didn’t say it wasn’t a coincidence. I said I didn’t know whether it was a coincidence or not.’ (Note, if he had evidence that it wasn’t a coincidence and what we saw is the results of collusion, he could have just said it wasn’t a coincidence and showed that evidence…) Finally, he says, ‘… as luck had it they were revealed’, using the word ‘jinkixfu’, a word which in that context connotes that the subjects of the clip were up to something.

Stagno Navarra may say he was just asking a question (or making ‘observations’), but the fact that he pretends to ask questions reveals (tikxef) that he’s a propagandist who carelessly positions innocent people in potential lines of fire. Remember that some of the people seen in the clips have been exposed to hate speech in cases that reached the court. Remember how certain people reacted on social media (and in one case a live stream) to the protest. Stagno Navarra is aware of these things, just like we are. But, judging by his continuing actions, he and his employers don’t care.