UPDATE: Having Saviour do ‘something’ about the Daphne inquiry (2)

UPDATED: 16:20 The government has indeed announced that Saviour Balzan has been appointed to the committee of experts making recommendations on the implementation of the Daphne Caruana Galizia inquiry. 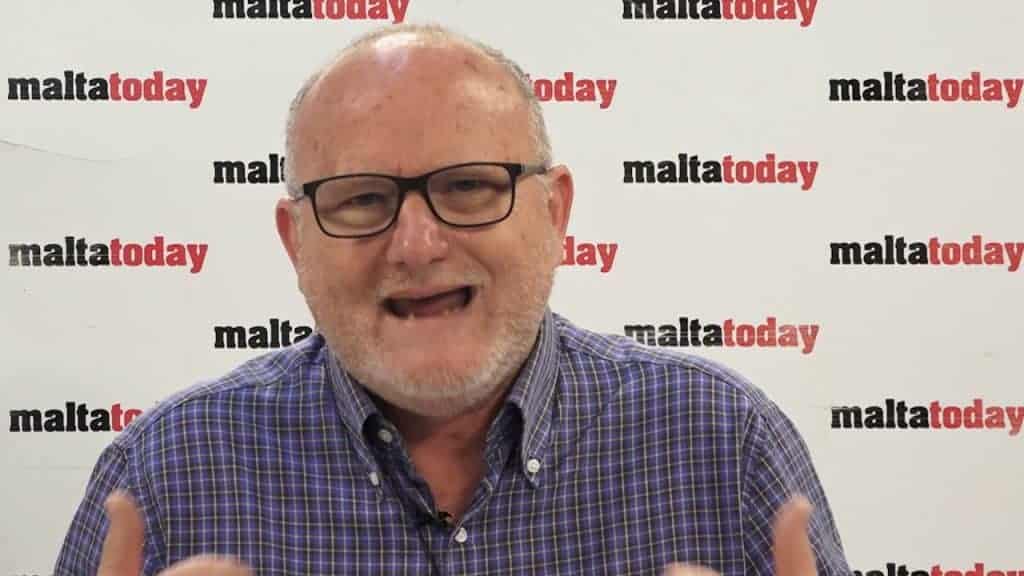 The rumoured appointment of Saviour Balzan to a board of experts hired to oversee the implementation of reforms to protect journalists recommended by the Daphne Caruana Galizia inquiry would not be, if it were to happen, an accident of misguided inclusion.

Do you need me to illustrate? Allow me to try.

Let’s match some of Saviour Balzan’s record with some of the recommendations listed by the inquiry (and restated in part 1 of this piece linked on the top of this post).

The inquiry recommends a reform of the freedom of information act to limit the culture of confidentiality and secrecy under the pretext of privacy and commercial sensitivity. That would be of some concern to Saviour Balzan whose commercial secrets currently include what The Shift News estimates to be “at least €1 million in government contracts (paid to Saviour Balzan) under Labour.” I haven’t seen him be transparent himself, and he’s benefitting from the government’s secretiveness which he will do nothing to reverse.

Saviour Balzan operated his media like a protection service. This remains evident but was particularly grating when he still controlled the editorial line of his print publications. He employed some great reporters, and I mean that without any form of qualification and reservation, there really were and are some great guys there. Their qualities meant that people in power expecting exposure and criticism were sure to get it on his newspapers. Unless.

Unless they took up Savour Balzan’s offer of exchanging more favourable coverage for payment. That’s a system Balzan did not start cultivating with Labour. Consider this story I told from before 2013. I had told that story when Saviour Balzan was exposed for acting as the government’s PR consultant when managing the backlash because of the Central Link Road project. A journalist working as the government’s PR consultant.

Just what the board implementing the Daphne reforms needs. Indeed, you could almost hear Robert Abela with his nearest and dearest chuckling with mischief as they picked Saviour Balzan for this job.

‘Name a journalist that was mentioned to the inquiry?’ Robert Abela might have asked.

‘There’s this thing Keith Schembri had told the judges, prime minister. Let me read it out:

3.02pm Schembri is asked about meeting with journalists. He says some were closer than others.

Did he ever discuss Pilatus and the Panama Papers with them?

Schembri: I never talked about things concerning me.

He says some journalists demanded things and applied pressure.

“There must be a distinction between journalists and lobbyists,” he says. Coming to my office demanding things is not on. They would wield their pen the following Sunday.”

Schembri: [Malta Today editor] Saviour Balzan came to me more than once asking for [TV] programmes. Not once, it was a normal occurrence. He would lobby for certain companies.  Now I know what to expect next Sunday!

‘Lovely. Let’s put Saviour Balzan on the board then. Just the guy we need. And he’s not even a journalist. Even Keith Schembri thought so. Roll out the cheque book.’

The inquiry recommends changes to the Broadcasting Act because they found the public broadcaster failed in its duty to the public when ignoring Daphne’s reporting persistently. The inquiry didn’t have to point out that one of the very few anchors on TVM hosting programs that could have, should have reported and debated Daphne’s findings was written, hosted, edited and owned by Saviour Balzan.

It’s hardly surprising that when he could he ignored her stories considering that until after she was killed in a car bomb, he couldn’t even bring himself to speak her name, the sick bastard. He would only pick up those stories to discredit her findings given an unhindered platform to luminaries like Joseph Muscat, Michelle Muscat and Konrad Mizzi given a sycophant’s couch without challenge, like a jeweller accepting payment for wares sold to soulless ghouls.

Can you imagine Saviour Balzan arguing for a law to ban SLAPPs – the abuse of the libel system to intimidate journalists, to silence them, or to exhaust them having to defend what the plaintiff, the perpetrator rather, knows to be true? I can’t. Not when Saviour Balzan used SLAPPs himself. Do you remember him suing Daphne Caruana Galizia for reporting his conversations in the wee hours of the morning with Keith Schembri he denied ever happened when he knew full well that they had? That’s a vexatious lawsuit to discredit a journalist for reporting the truth if ever there had been one.

Politicians want to continue to be able to do this to journalists. So, they have Saviour Balzan acting for them to keep this abusive system in place. They’ve ignored a private member’s bill against SLAPP for four years. Now they got help to continue to ignore it.

I don’t expect a committee to promote press freedom to be made of people who are in all ways like-minded, who will disagree or even dislike each other as they work together on a shared goal. If that’s anybody else’s expectation, and it may be, it might be one of many explanations why no one, least of all myself, could imagine me on such a board. God knows I’m as liked or as likeable as a sentient chainsaw on a killing spree.

But Saviour Balzan is not someone I complain about for have different opinions from mine or for disliking me more than I dislike him which means he dislikes me an awful lot. The man has shown and shows a very poor understanding and commitment to journalistic freedom in a way that is not merely inconsistent – you could say that of me – but in a way that is consistently and constructively harmful to the trade.

Every time he replaced Daphne Caruana Galizia’s name with his unimaginative insults like ‘queen of bile’ or other bad guy titles lifted from spotty snotty teenager’s manga magazines with poor translations from Japanese, he made himself even more ineligible to speak for the journalism profession in Malta. Which makes him the government’s ideal choice.

Previous:Doing ‘something’ about the Daphne inquiry (1)
Next:The “Committee” (3): Who else thinks a State Censor is a good idea?