I sincerely sympathise with Matthew Vella and Kurt Sansone who co-signed an editorial in the wake of the storm caused by Lovin Malta’s report that a sister company of Malta Today, both owned by the Managing Editor of that newspaper, is doing PR and advertising work for the government on the burn-down-the-trees project on the road through Ħ’Attard.

It’s not the first time Malta Today journalists have been embarrassed by their spineless boss. The time Daphne Caruana Galizia showed she could back her claim that Saviour Balzan sought instructions from Keith Schembri in the middle of the night was an ugly day for all of them.

You may not agree with Malta Today’s reporters all the time. I don’t. But then again why should anyone write all the time what I agree with? But I would find it very hard to think that people like Matthew Vella or James Debono or Kurt Sansone were reporting on the back of back-handers they would be collecting on the side.

Before the 2013 election, when I worked in Government, a colleague in another Ministry that was under pressure from Malta Today’s reporting (to a limited extent not without good reason) was approached by Saviour Balzan. He was asked for a bigger advertising budget in exchange for softer, kinder reporting. The quote that colleague still remembers distinctly was “Buy my silence”.

The colleague concerned did not negotiate with terrorists. He did not ‘buy Saviour Balzan’s silence’. Instead, he was regaled with a vicious campaign of unjustified criticism as a punishment for not spending public money to buy good press for his boss.

The present administration has no such qualms. Its moral framework can be squeezed through a syringe and come out smiling the other end.

This is how you’re being manipulated by people who constantly accuse others of hidden agenda.

Matthew Vella and Kurt Sansone writing on their website yesterday were afraid they may have been painted as some sort of mercenary army, writing the way they do because they’re paid to do so. They also, quite rightly, throw a dig at Lovin Malta who broke the story yesterday about the business they work for but whom they do not specifically name, saying that surely they’re not the ones to write about certain things in a way that sounds like they’re paid to do so by the subject matter of the article.

But really that is not what Saviour Balzan is about. He’s not a mercenary. He’s an extortionist.

I don’t want to portray his present client — Transport Malta — as his victim. If anything they’re partners in crime. And the impact is far greater than any possible influence in the line taken by Malta Today.

Even Matthew Vella and Kurt Sansone will admit that in spite of their best efforts, TVM reaches far more people than their newspapers ever will.

There Saviour Balzan was last Friday “interviewing” his client Frederick Azzopardi who is fronting the tree chopping project for the government.

It was just them two. On the national broadcaster. And the interview was about as tough as the one Saviour Balzan had with Konrad Mizzi leaving us unsure whether his pants were on. Now we’re unsure how much he charged for that as well. After all, we know for a fact one of the pair is a crook. I’ll leave that there for a minute for you to ponder over. 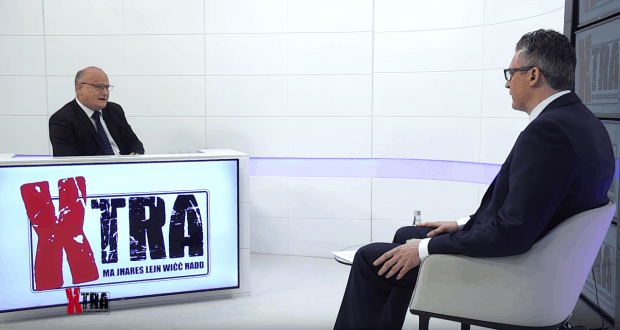 Now according to our broadcasting laws, the interview Saviour Balzan had with Frederick Azzopardi, lumberjack extraordinaire, was in and of itself unacceptably unbalanced. The law requires that in matters of public controversy the national broadcaster must ensure it provides balance between both sides of the argument: for and against. Instead, Frederick Azzopardi was being tickled gently by Saviour Balzan as he told us why the chopping of established trees in the desert we live in and the widening of roads to accommodate more cars are a pro-environment project.

You would think it doesn’t get more Orwellian than that until you realise that the interviewer himself is on the payroll of the government, the representative of which he is supposedly interviewing.

If the Broadcasting Authority was alive it would order Saviour Balzan off his own show this Friday and allow speakers who organised Sunday’s protest the same amount of time in the same time-slot to present the counterargument that the romantically named Central Link project is an act of willful destruction of our environment and an irredeemable degradation of our children’s quality of life. 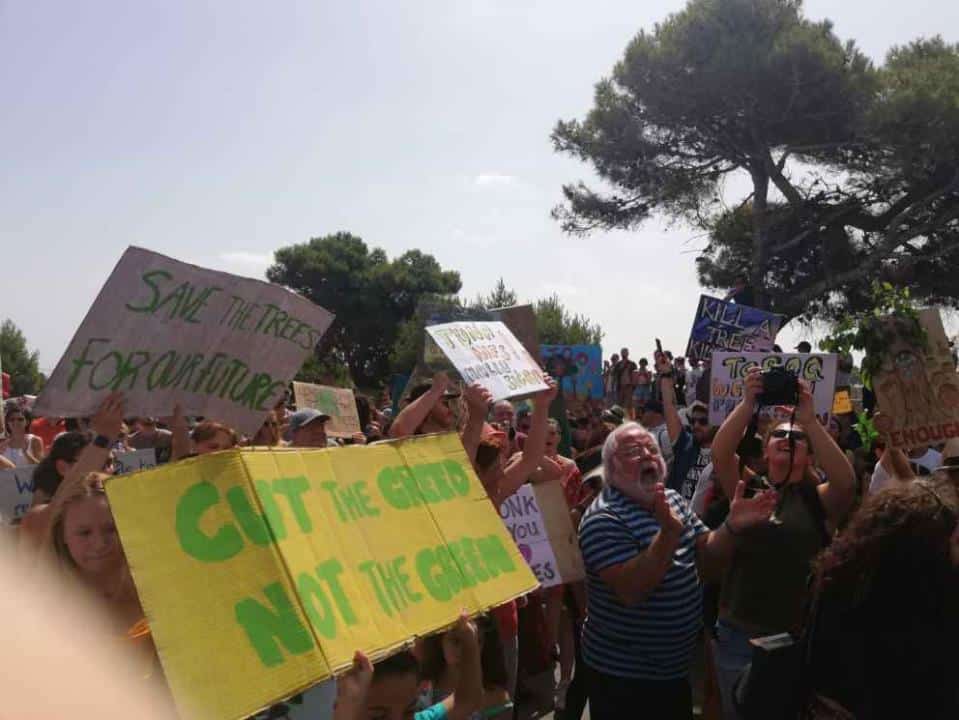 Matthew Vella and Kurt Sansone assure us they fight constant battles with Saviour Balzan on their editorial line. I don’t think it is fair for anyone to doubt their sincerity. But their predicament is even worse than what Times of Malta journalists must have felt when the Managing Director of Allied Newspapers, Adrian Hillman, was outed as having been on the take from Keith Schembri, Joseph Muscat’s chief of staff.

Saviour Balzan is not Managing Director of the Malta Today group. He is Managing Editor. Even if he does not take the day to day editorial decisions (as he now claims) he forces his journalists to battle him on editorial content which they absolutely should not have to given that he’s a PR man and not a journalist.

And he goes out in the world giving everyone the perfectly reasonable but entirely deceitful impression that he’s a journalist, including as one of the anchors on the national TV station.

This is not even incest. This is autosodomy.

The thing is Saviour Balzan himself is another exhibit in the evidence for the case of the suppression of media freedom in Malta. His amoral, corrupt character has been exploited by a government willing to take the cheaper path to domination of the news cycle preferring to bribe newspaper owners rather than send their employees to prison.

In the meantime honest, underpaid, overworked journalists who are interested only in the truth as they see it are made to fight every day merely to have their work published.