Here’s the third part of an interview Ellen Trapp of German ARD TV and myself had with whistle-blower Jonathan Ferris where he speaks on why he thinks the Attorney General has tried to silence him and why he was fired unfairly.

He also speaks on why he thinks there has been a cover-up to suppress investigations into the Panama Papers leaks.

I start by asking him if he knows much more than we do.

The first part of the Ferris Tapes was posted on this website on Sunday.

The second part was posted yesterday.

The fourth and final part will be posted tomorrow. 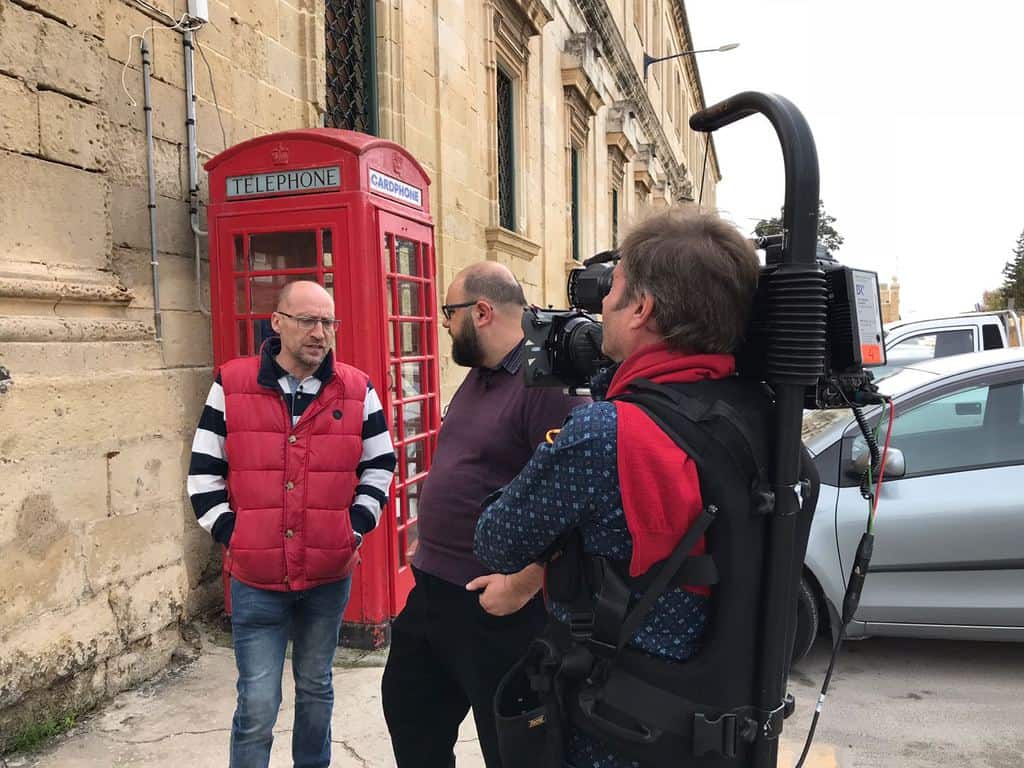 JF:           No, I knew her, she was concerned a lot about my wellbeing.  She used to, you know, send me SMSs after the story broke loose of my unfair dismissal.  To be fair she never asked me for any information, simply because she had more information than I had. In fact, some of the investigations, I used to refer to her blog, you know, to make ends meet, to try and compare and contrast what she’s saying to what I had in hand.  It saddens my heart because she fought for justice, I do fight for justice, she should never have paid the ultimate sacrifice.  Pero we live in a world where freedom of expression, freedom per se, justice, should be the norm and not an extra.

MD:       You had to go to Court in order to fight back for being dismissed unfairly.

JF:           So, I had an array of options, but I took the first step to file the complaint within the Industrial Tribunal.  They’re claiming that it was under probation.

JF:           Yes.  However, the Finance Minister under whom the FIAU falls, in Parliament stated that it was performance-related.

JF:           Yes. So now I’m contending that I was doing my job so well, you know, that even a few days before they dismissed me I was in Brussels representing the FIAU

JF:           Because they sent me there.   On the eve, on the eve that I was actually dismissed, they’ve sent me to the Police Academy to teach German officer cadets.  The week following my termination with the FIAU, or my dismissal from the FIAU, I already had plane tickets and accommodation to represent the FIAU in Malta at a plenary session for one week in Macau with the heads of the FIAU.

MD:       They’re saying they fired you because you weren’t good for the job.  But obviously, right up to the day they fired you, your colleagues and your bosses thought you were doing a brilliant job because they were sending you here, there and everywhere to speak for them.  But really, although no one would ever admit that,  you were  fired from your job because you wouldn’t cooperate in the discrediting of the witness in the Egrant case, corruption involving the Prime Minister’s family

MD:       That’s number one, and there would be others as well.  Investigations that you wanted to do and were interrupted

JF:           Into the outcomes of the Panama Papers.  Not only those, but at least those that I know that any government officials were involved in

MD:       You are suing the government.  The Attorney General steps in, the lawyer for the Government, for the Republic of Malta, steps in and asks the Court that you’re not allowed to keep what you testified in a sworn statement, because it’s supposed to have secrets, so you’re not allowed to use them to defend yourself, and the Tribunal hearing is heard behind closed doors so the rest of us cannot hear it.

JF:           Well, the Attorney General in this case messed up things.  First of all, because any document that is governed by secret, which ultimately is now in public domain is no longer governed by the secrecy clause

JF:           Let’s put that aside.  We should ask this question.  Why is the Attorney General so adamant in hearing the case behind closed doors?

MD:       So the lawyer for the government heads the agency that’s supposed to investigate money-laundering where the suspects are officials in the government

JF:           And the same law which governs the FIAU which is Chapter 373 obliges the Attorney General to take all necessary steps should these be not done by the Executive Police.  So now he has put his position in jeopardy.

MD:       It’s all one soup, basically where everything is thrown…

JF:           It’s all one big soup yes.  Moreover than that, when he was interviewed right where we are standing now, as he was going into his office, he said “As chairman of the FIAU, I am just a governing body, I just go into the parameters of administration but not into the investigations”

MD:       So when he sees a crime, there, he’s supposed to forget it, and forget that he’s an Attorney General when he walks into the office

JF:           However, yes, that’s my point of contention because Dr Peter Grech lied, because in his position as Attorney General, he should take steps.

MD:       The government is using secrecy laws that are there in order to ensure that criminals are not tipped off and they do not avoid the enforcement of the law

MD:       But they are using them instead to actually cover up for illegal activities.  So, the opposite use that they’re intended for.

JF:           In this way, I’m inclined to believe that Dr Peter Grech has an Australian passport because everything is down under

JF:           I will go up to the Constitutional Court and then ultimately also to Strasbourg.

JF:           I will fight it all the way.  If you are true and honest, for me the police can come, they can take me right away, you know.  I have nothing to hide, I have nothing to fear.  I’m an honest man.  I would not object for anything, no?  I would only object because I want to hide something.

MD:       So, from what you know now, and from what you’ve seen so far, if you were still in the police, or still at the anti-money laundering agency, would you now start an investigation into Joseph Muscat?

JF:           That’s why they sacked me from both institutions, because they knew that I would go and get them.  I’m not saying that I would go and get them and get a conviction, because first you have to make an investigation, then you go to Court.  But you know, it was messed up from the very first day because when, you know, the Prime Minister came onto the media, and said “listen” – this was the second day that the Panama scandal broke out thanks to Mrs Caruana Galizia, God rest her soul –  the Prime Minister came out, he said on the media, taking all the entire populationfor  a ride – not all, because I was not taken for a ride – and he said “listen, I spoke to my Chief of Staff, I spoke to my Minister, they rectified their position with the Income Tax so everything is now in order”.  I said, there’s a complete cover-up, because the Income Tax Act in Malta simply states that any position or any rectification with the Department, which is the Inland Revenue Department, should come after a conviction, and you can only get by a conviction by the Courts, and no one went to Court.  So you know, he was trying to take people for a ride.

ET:          And the fact that an assassination happened, you think that it happened once, and it will never happen again, or, what do you think?

JF:           Yes, and there is still that hope.  Not only me, but the entire country in general.  They should launch their own investigation into this.

JF:           I don’t think it is a full mafia state, but however, you know, mafia has infiltrated.  And if it has infiltrated with the blessing of the government, that’s even worse.  Then we are worse than Sicily.  You know who killed Borsellino, you know who killed Giovanni Falcone, because they were closing on politicians.  If the mafia, or any other criminal organisation, is protected by the government, then truly, Dr Busuttil is right, Malta is a mafia state.

Previous:Labour MP says there’s “too much freedom of expression” in Malta
Next:Crypto-denial