A dos Santos brother accused of embezzlement. The other brother a Pilatus Bank account holder. 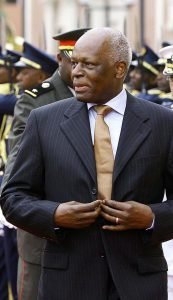 José Filomeno dos Santos, known as Zenú, is accused of attempting to launder US$ 500 million through UK banks that he embezzled from the state investment fund his father, then dictator of Angola, appointed him to run.

José Filomeno dos Santos is the brother of José Eduardo Paulino dos Santos revealed by Daphne Caruana Galizia to be an account holder at Pilatus Bank.

The revelation that the dos Santos clan included clients of Pilatus Bank 11 months ago should have raised flags with regulators about the purposes of these accounts.

Indeed the swindle being perpetrated by Zenú was blocked thanks to the diligent supervision of UK crime agencies. The new Angolan government is now seeking to reclaim the stolen funds that are frozen in UK banks.

Maltese regulators and investigators are not known to have taken any action since the press revelations that dos Santos held accounts at Pilatus Bank such as verification of the source of any funds transferred and whether any transactions were suspicious.