Members of the European Parliament, who have been following up on corruption and rule of law in Malta, have written to Mario Draghi of the European Central Bank and asked him to shut down Pilatus Bank and withdraw its license.

The move follows the government’s failure to close down Pilatus Bank in spite of the fact that its sole owner languishes in a US federal jail indicted for 6 counts of bank fraud, money laundering and other crimes.

Maltese law empowers the regulator to withdraw the license of a bank. This would be a rare move of last resort especially where retail banks are concerned and the impact on depositors of such a move could be devastating.

However Pilatus Bank is not a retail bank and, with the exception of Keith Schembri and John Dalli, is not known to be populated by several local account holders.

The introduction of a ‘competent person’ to continue to administer the bank is a second-best option that in any case does not appear to have kicked in yet. It is not clear whether the competent person appointed has yet stepped into the bank and taken possession of its administration.

The closure of a bank would likely be followed by an inquiry that could shed light on its past activities. However the government appears keen to avoid this at all costs and to continue to protect the interests of the 100 odd clients of Pilatus Bank and its jailed owner.

Joseph Muscat is no doubt acutely aware that continuing to protect Pilatus Bank even at this extreme point does not look good on him. This active and extreme intervention in these most extreme times confirm in no uncertain terms that flying all the way to Italy to the wedding of the bank’s owner was but an episode in a very close relationship.

Taken at face value remarks by Legatum boss Christopher Chandler that his account at Pilatus was only set up to facilitate the procurement of a Maltese passport, suggests that Pilatus Bank and Henley and Partners services were packaged as sides of the same coin, enabled of course by the compliant accommodations of the Maltese government.

Pilatus Bank therefore appears to have been a key element in the Malta citizenship sale scheme and some form of transitional period is needed now until a new reality is organised. Withdrawing the bank’s license would interrupt that transition.

The MEPs’ letter to the European Central Bank follows. 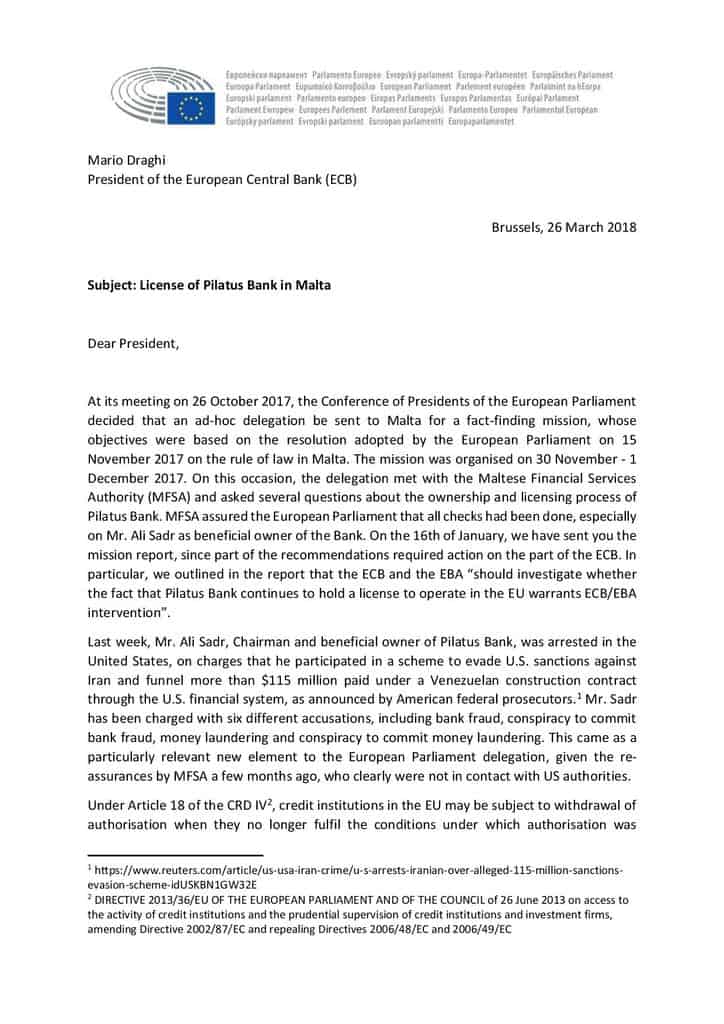 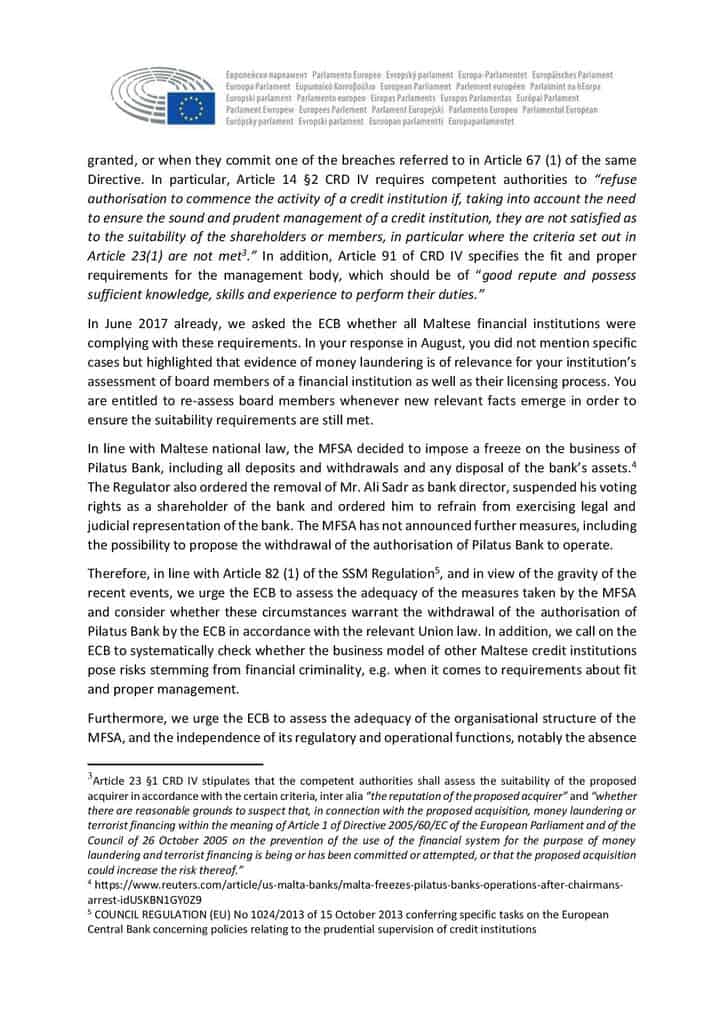 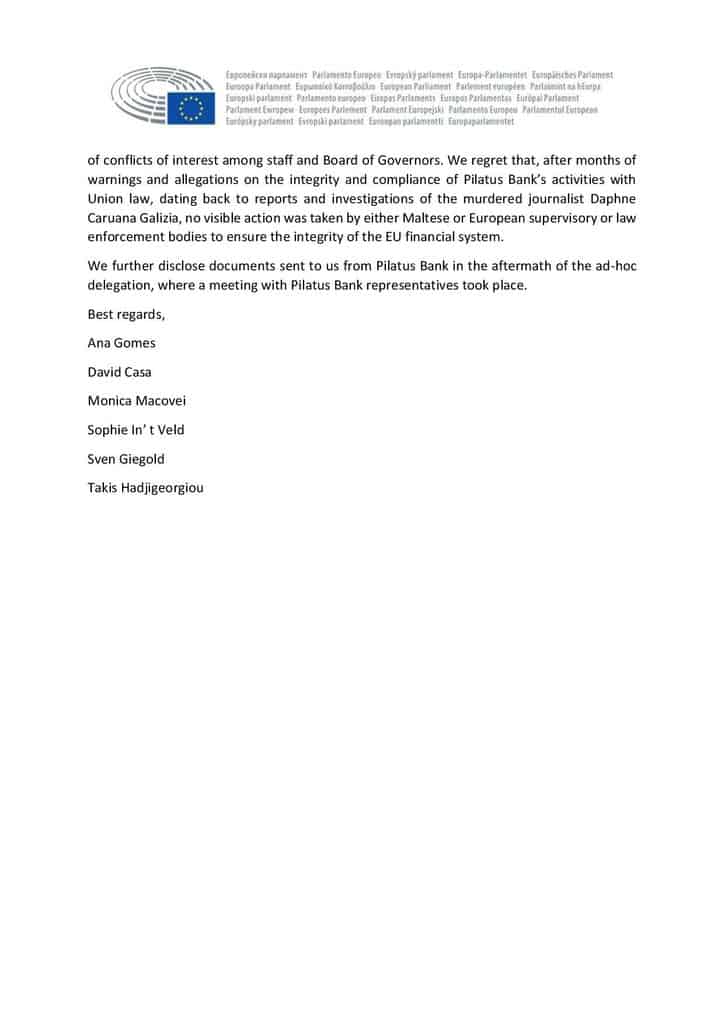