Ivan Camilleri’s Times of Malta story on two law graduates passed by the reviewing board of judges for their warrant in spite of a criminal record makes for great reading. And it caused something of a stir. 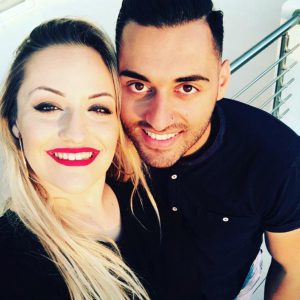 First a summary of the facts: eight years ago Yanica Barbara and Thomas Sant were found guilty and given suspended sentences for theft and document falsification. In spite of their conviction they continued with the law course at university ignoring warnings that they would not be able to acquire a warrant to practice the profession.

A long established rule is that a lawyer must be a person of good repute. That requirement is there because people need to trust their lawyers and their warrant is a quality control certificate. It does not prove they’re qualified to practice law in academic terms. Their law degree does that. Since no one can know what someone will be up to in their future, the only measure of good repute is what they have done in their past.

I understand the justice with mercy argument. I understand the ‘give them a chance’ plea. But are we going to ignore your average client who is putting their confidence and trust in their lawyer in the hope she or he would not swindle them or somehow shaft them?

Will Yanica Barbara and Thomas Sant necessarily be crooks all their lives? I do not know and if there’s any faith left in human decency I would hope not. That is why no one suggests that for their little bit of fraud in their youth they are thrown in a cell and the key is lost.

Should they be lawyers? Again I do not know. But I do know that the rule for a long time has been that no one should be a lawyer if they’ve committed a prisonable offence and I cannot see why that rule should be broken for convenience’s sake. Nor even that it should be changed because here we have two people we want to help out. 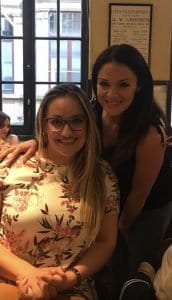 One cannot but think that we are prepared to make exceptions because of connections and influence the persons concerned enjoy. This sort of rule bending, even breaking, does not happen in most people’s lives.

Take for example any ordinary Jane who wants to work for the bus company. Our laws also require good repute for bus drivers because people trust them to drive them around safely for money and a bus driving license is a certificate of reliability issued by the state.

Any ordinary Jane with exactly the same conviction on her record as Yanica Barbara’s or Thomas Sant’s would not be able to acquire a bus driver’s license. The law does not permit it. And it cannot be changed either because laws governing the licensing of bus drivers, unlike the law on lawyers, is established at a European level.

If Yanica Barbara or Thomas Sant, wanted to be bus drivers, they would stand no chance. Sad, I agree. But serious rules are not bent or broken for the convenience of individuals, even well connected ones. 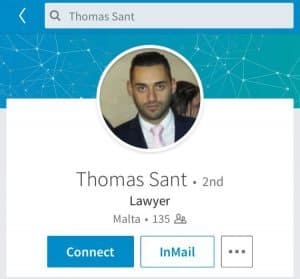 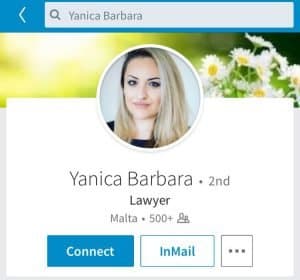 The two appear to have assumed for a long time their very specific situation would be catered for. Their LinkedIn profiles introduce them as lawyers. That may or may not be illegal in and of itself. I leave that to the experts. But while their future remains at the mercy of a government’s willingness to change the law to let them through, they could have perhaps shown a little bit more circumspection.

They may have had good reason to be confident. Yanica Barbara’s career in the very sensitive national representation in Brussels has clearly overlooked her criminal record. Not unusual given that the number two in that office is a convicted homophobic pornographer.

People with prison sentences on their record struggle to work anywhere. But Ms Barbara, nay Dr Barbara, works in one of the most coveted and sensitive offices in the entire civil service. Frankly being warranted as a lawyer should be a walk in the park now.

Their confidence may also be informed by what happened to Martin Bajada who continued to be commissioned by magistrates as a court expert in spite of a prior conviction for fraud.

It is simply unfair on people who have no choice but follow the rules.

Robert Musumeci will say I’m being holier than thou. Although I do not have prisonable offences on my record I am, by his definition of not being a virgin, disqualified from having an opinion on other people’s faults, criminal records included. 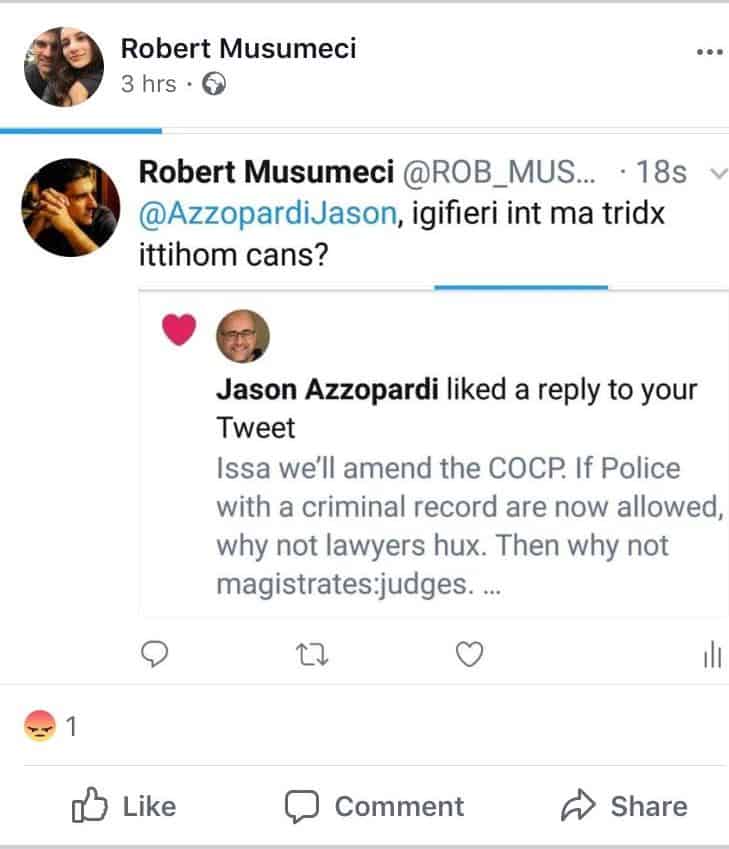 But there’s a nihilistic logical extension to that argument. If everyone’s indiscretions are to be ignored as no one is pure enough to judge them, we can do away with rules altogether. And indeed we are having this discussion because this has become a country where, if you know the right people, all will be forgiven. For the rest it will be another matter.

As Silvio Camilleri had put it, with this manner of selectively applying the law, we can just as well declare our society run by the rule of delinquents.