The whistle-blower explaining to the British press how Cambridge Analytica helped the Trump campaign win the 2016 election describes a methodology he calls “the psychological warfare tool” used in Malta at least since March 2015.

Briefly the method is harvesting massive data from Facebook to allow campaigners to profile what makes people tick from their very specific online behaviour: their ‘likes’ and ‘views’. This information allows campaigners to target Facebook users with very specific messaging designed to allow them to absorb fake news and outright lies and ultimately support the political candidates of the campaigner’s choice.

A few months before data was harvested in the US in preparation for the Trump campaign, the method was applied by Malta’s Labour Government in March 2015.

At the time the Maltese government launched a mobile phone application intensely targeted on an aggressive Facebook campaign focused on first time voters. The app was explicitly disguised as an encouragement-to-vote campaign.

However the app collected data from users that had nothing to do with the workings of the app itself. Indeed the app asked users to input their ID number and allow the app to access the users’ Facebook data including their email address and their list of friends.

This method of determining a user’s likely initial voting preference would evolve a few months later by Cambridge Analytica into questions to determine the user’s personality traits.

The Malta app itself was largely kept away from public view since its marketing was targeted very specifically to teenagers, a demographic presumed to be less suspicious of these applications and unlikely to talk about it much to other people.

With the exception of this brief and vague Malta Today report from the time, the app was hardly promoted in the public domain. 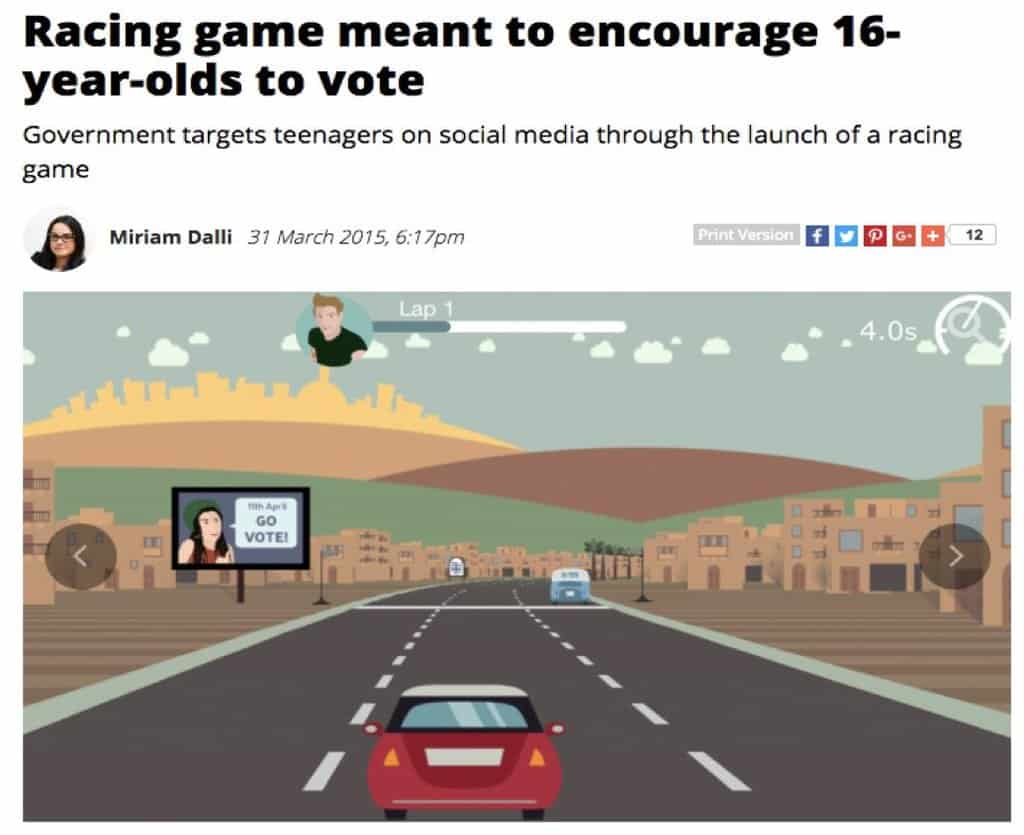 The app also asked user to express a preference between a tunnel and a bridge to connect Malta with Gozo. It is quite likely that the question was a dummy to legitimise the application. As anyone conducting opinion survey knows a questionnaire that seeks to understand the views of the population from a sample has no use for the respondent’s ID card number, not to mention a link to the respondent’s list of Facebook friends.

However this information harvested has exactly the same application as the methods described by the Cambridge Analytica whistle-blower to manipulate voters in the US Trump vote and the UK Brexit vote.

The details coming out of the leaks from Cambridge Analytica are throwing light on what happened in Malta during the last few years.

The ‘encourage-to-vote’ Malta app was a government, not a Labour Party, application. In theory data collected by the government ought not to have been shared with the Labour Party. But the app itself is in breach of data protection laws that forbid the collection of data not needed for the purpose of the service provided and still collected ID Card information from users. A further breach of the same law to share the data with the Labour Party is far from unlikely.

Incidentally the marketing of the app over Facebook is in breach of Facebook’s terms of use but Facebook’s methods were not effective enough at the time to stop this abuse of its infrastructure. Indeed the same would happen at the US campaign and Facebook has only now been forced to admit it has allowed itself to be used for disruptive electioneering and the carrying of destabilising information to get people to vote against what otherwise would have been their better judgement.

This may sound too esoteric for many people. After all, they would say, in the voting booth no one forces anyone’s hands when they’re voting. Also people seem to accept that as long as there is no violence, anything is fair in electioneering.

Democracy works on the principle that opinions are shared freely, facts are publicly available and upon personal reflection an individual votes their own mind. These technologies are used to disrupt that process: restricting opinions to what a Facebook user is known to like to hear from a profiling of their behaviour, lies are presented as alternative facts, and the vote is ultimately a product of the manipulation organised by those who can afford to pay for it.

In Malta’s case the 2015 app used public funds which ensured the experiment would be well funded and have a determining effect in subsequent elections.

The data harvested at the time will continue to be useful for a considerable amount of time.

This is not democratic. It is a technological coup that takes the intuitive contempt for popular will that many politicians have and gives it fail-safe weaponry to cheat the people of their own choice. The sight of Helena Dalli laugh at Labour’s use of classical small print to hoodwink voters into approving what she acknowledged they would not have agreed with if they knew of it illustrates just what I describe.

Imagine the laughter of the masters at the Labour Party who are using these technologies to manipulate election results as they read this.

Previous:Go on then, get a life
Next:G Farrugia Calleja: Paragons of all Journalistic Virtue