The PN and the PD raised questions on the government using money from selling passports to buy up Maltese banks. If there was something that worked reasonably well in this country it was domestic banks. There are problems to be sure. But outliving 2008 was a tough test by any standard.

The increase in government control of the banking sector is a worrying development. Let’s not be coy about this. In spite of the minority shareholding, the prerogative on the Chairman’s appointment gives the government political control of Bank of Valletta. 49% of Lombard Bank shares are nothing short of effective control of that bank as well. 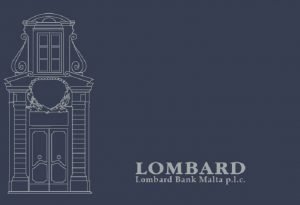 The real question is, why? Why should government be in that business, particularly when it’s working reasonably well without it? After all, the 49% share sale is due to problems of the shareholder, not of the bank itself. There is no reason for the state to interfere.

Is it not ironic that the government says it is business friendly, when its definition of business appears to be so warped? How is it pro-business for the state to own and control nearly the entire banking landscape in an economy?

Just because the government has money to spare from selling citizenship it does not give it the right to occupy economic space that private initiative could make more of.

And then there’s the detail of compliance with the law that the PN correctly pointed out today. The government wrote itself the laws that define what can be done with revenue from passport sales. Buying up banks is not on the list.

The government’s response was exactly what you expect from these mammonists. ‘This will make more money for the fund so it must be ok’. Because that’s the way public policy is decided these days: how loud and how often the cash till dings. Greater public revenue cannot be the sole objective of public policy, surely. Rational, prudent banking without distraction from political pressure is also desirable.

And in the case of Lombard Bank this was something we had and we’re losing.

There are other issues to consider.

Has the government (the NSDF fund to be exact, but it’s government-owned and controlled so we’re ok) sought and obtained anti-monopoly clearances for this takeover to go through? 49% shareholding, though a minority ownership, is a decisive influence and therefore subject to anti-monopoly review.

Meantime there’s the other detail that the government said it’s only buying the shares “temporarily”. Whatever they might mean by this is a hairy prospect. They might mean they intend to flip it to someone for a profit which shows just how contemptuous the government are of the economic strategic value of Lombard Bank and they are basically trading it as a commodity like buying gold bars only to sit on them for a while the price improves.

Not a convincing explanation in any case. Lombard Bank shares are notoriously illiquid. Speculating on their appreciation doesn’t sound like a good idea if speculation is the line of business our government now want to indulge in.

The alternative is that they are fronting the sale for someone else, someone they know and we don’t.

If that’s the case, things are even worse than we thought because the government would now be showing they are willing to help people cheat even from themselves. Why should public funds be used to front for a third party private buyer? And why does the private buyer need a front? Is it because they don’t have the funding lined up yet? Is it because the transition could mean they could get the share for a lower price?

Who’s protecting them? Is there even a banking supervisor at MFSA right now? Have they looked into this? Do they have the sort of clout they need if they feel they want to block a government’s play for a private bank? Are we to rely on European regulators when they were so hesitant on worse situations in the industry here?

Clearly these developments raise more questions than answers as the government embark on another venture where they expect to reasonably refuse to answer any questions on the spurious grounds of commercial secrecy.