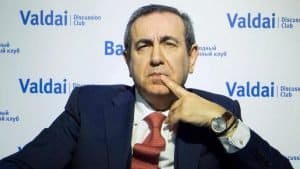 The case of the self-anointed “Professor” Joseph Mifsud is getting more and more mysterious. Straight out of a cold war spy story is this middleman who appears, strangely, to have been acting on behalf of the Russians in an effort to create a mess in United States politics.

You can read some more about the hunt for this Joseph Mifsud in this Buzzfeed interview with his jilted ex-girlfriend.

There are a few dots around us that have us scratch our heads.

Special Counsel Robert Mueller has several reasons to find Joseph Mifsud as there are many questions only he can answer. If anyone in Malta had reason to understand what has really been going on the last 7 years or so, finding Joseph Mifsud could prove useful as well.

Judging by his girlfriend’s experience though, it may prove not altogether unlike a chat with Gollum.

Previous:Is that treason too then?
Next:What a difference a decade makes.