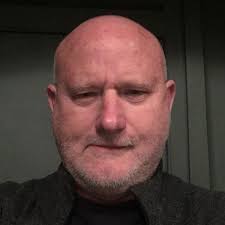 The Appeals Court decision confirming an earlier defamation sentence against Saviour Balzan is interesting. Saviour Balzan made a defamatory allegation against Richard Cachia Caruana, the court decided, when he alleged he dragooned a regiment of commentators and used them to harm the enemies of Lawrence Gonzi.

Saviour Balzan had specifically written about Daphne Caruana Galizia and how she was used by Richard Cachia Caruana who would push her buttons to spew “bile and hatred”.

In court Saviour Balzan presented witnesses in defence of his case. Jeffrey Pullicino Orlando, Jesmond Mugliette and John Dalli spoke about the paranoid obsessions produced by their petty minds projecting their rationalisation of the criticism they received not on their own actions but on some hidden hand intent on quashing them. 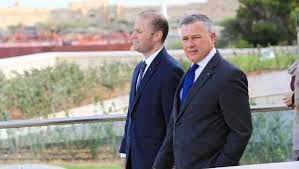 Jeffrey Pullicino Orlando thought Daphne Caruana Galizia criticised him because Richard Cachia Caruana wanted her to. Not because he lied to the entire country about a corrupt deal in Mistra betraying not just her trust and that of his party leader but of his entire voting cohort who believed his lies over the truth Alfred Sant said. Not because he voted against his government out of pure spite. Not because he lived his life like an overgrown toddler. Not because he allowed himself to be rewarded for his treachery, a man without faith and without honour. 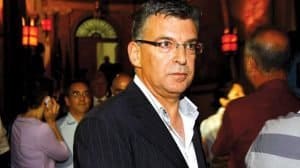 Jesmond Mugliett thought Daphne Caruana Galizia criticised him because Richard Cachia Caruana wanted her to. Not because he was a blundering, blubbering, incompetent fool of a government minister who was incapable of clamping down on corruption under his watch and did not even have the saving grace of doing his job right. Not because he sought refuge in the Labour Party when his own party dropped him out of government, inspite of how well Labour had exploited his inadequacies. 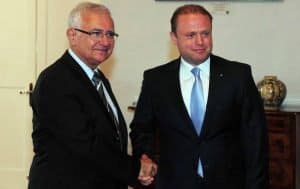 John Dalli thought Daphne Caruana Galizia criticised him because Richard Cachia Caruana wanted her to. Not because he was caught in corrupt deals and then somehow absolved by the PN too careful to hurt him. Not because he masterminded a fraud scheme ripping off gullible old people who thought they were giving money for charity. Not because he hawked hare-brained schemes on the Labour Party’s TV station which eventually became the corrupt roadmap we are now governed by. Not because he got fired from the European Commission for bribery and corruption besmirching the name of the entire country. Not because he escaped justice with the connivance of his co-conspirator Joseph Muscat.

Their febrile minds, consumed by hatred, paranoia and delusional self-importance and possessed by the flattering seduction of Joseph Muscat who knew just how to harness their madness, rationalised their perceived misfortunes by attributing them to dark enemies they never had: the people they themselves betrayed in the first place. They thought what happened to them was because of Lawrence Gonzi. They thought Lawrence Gonzi hired Richard Cachia Caruana to whip them. And they  thought Richard Cachia Caruana recruited Daphne Caruana Galizia to do the whipping.

What a manic set.

And Saviour Balzan hired this freak show as his witnesses. 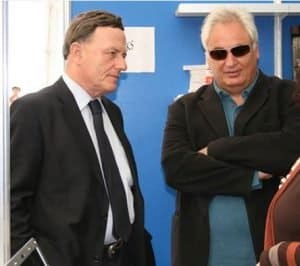 He hired one more: Patrick Calleja, described in the court’s decision today as son of a former commander of the Armed Forces who resigned in 1993. He was wheeled out by Saviour Balzan to prove that Richard Cachia Caruana got journalists and bloggers to spew “bile and hatred”.

I am trying to remember to breathe as I write this. Patrick Calleja is Meinrad Calleja’s brother, acquitted, in the cruellest miscarriage of justice ever perpetrated by the manipulative interference of the Labour Party, for ordering the assassination of Richard Cachia Caruana and for getting quite literally millimetres from hitting the right blood vessel and succeeding.

This was Saviour Balzan’s star witness to prove that Richard Cachia Caruana got journalists and bloggers to do hatchet jobs for him.

What filth is this man made of?

At least justice was served today, not with the largely symbolic 3,000 euro fine but with the confirmed statement that Saviour Balzan is just as drunk in his demented paranoid delusion as the witnesses he produced on his own behalf.

Even the idea of Daphne Caruana Galizia taking instructions from anyone on what to write is preposterous to those who knew her, not to mention even dared try such a thing. Daphne Caruana Galizia was so fiercely independent in her thinking and her writing that the only way to stop her from pursuing her own ideas was to kill her, as someone finally did. 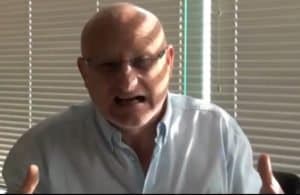 Saviour Balzan would use misogynistic stereotypes when speaking about Daphne Caruana Galizia: witch, queen of bile, you name it. In her honour today I’ll return the compliment with another misogynistic adjective: Saviour Balzan is a whore with Freudian issues of projection.

He is the one who seeks instructions from political masters. He is incapable of having an original idea which does not make him money. He denied and later was forced to admit taking midnight calls from Keith Schembri: the mirror image of Richard Cachia Caruana and Daphne Caruana Galizia on the phone in some better alternate universe we have lost in a tragic science fiction movie.

And he does not even make choices out of conviction. Like Jeffrey Pullicino Orlando, Jesmond Mugliette and John Dalli – his useless cuckoo’s nest of a harem of disgraced witnesses – he writes on the basis of the price he’s paid, the TV and printing contracts he gets as compensation.  Like the fresh direct order in the government gazette of last week paying him 30,000 euro to print and run a commissioned magazine 4 times.