By callixtus after my post on the Luzerner Zeitung:

Ali Sadr and his wife were guests at Kalin’s twentieth wedding anniversary party. I wouldn’t be surprised if Christian Kalin attended Ali Sard’s wedding in Italy together with Keith Schembri and Joseph Muscat (how cosy!).

And I would be even less surprised if it was Kalin who introduced Ali Sadr to Keith Schembri and Joseph Muscat.
The fog surrounding the notorious roadmap is lifting. 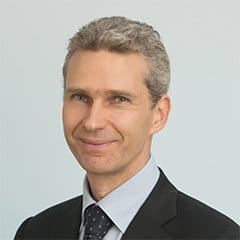 Ali Sadr had acquired his St Kitts and Nevis citizenship through Henley and Partners. They must have been aware that a prominent Iranian would not be buying such a passport to spend the rest of his life in the Caribbean. It is not far fetched to assume that they had cottoned up to what he was up to in the United States when they were conducting their due diligence.

Daphne Caruana Galizia had written in her blog that Henley and Partners had introduced Cambridge Analytica to the Labour Party.

Selling obscure Caribbean passports is lucrative, but it’s nothing compared to selling EU passports. Controlling the government of a small EU state by engineering the election of a friendly party is the easiest way to start printing EU passports.

The setting up of companies in Panama and trusts in New Zealand must have occurred to our PEPs well in advance of their election to power. Having a friendly Maltese bank which could be relied on to process certain transactions without asking inconvenient questions must have seemed such a great idea at the time. And who better to lead such a bank, than an Iranian with a certain track record? They were so sure of victory and so enthusiastic about the roadmap that they applied for a banking licence before Gonzi`s government was brought down.

The circumstantial evidence is just too obvious to ignore.

Consulting in the confessional

How dare you say corruption?