Everyday your democracy dies a little. Speaker Anġlu Farrugia confirmed his ruling today. Simon Busuttil is not to allowed to ask whether Keith Schembri really owns accounts in Dubai and at Pilatus Bank.

UNPRECEDENTED: The Speaker has confirmed that I cannot ask the PM if his Chief of Staff has a bank A/C in Dubai and Pilatus Bank. This decision is absurd and dangerous because it takes away my right as MP to keep the Govt under scrutiny. This is how democracies start to die. pic.twitter.com/NIPZUSsooL 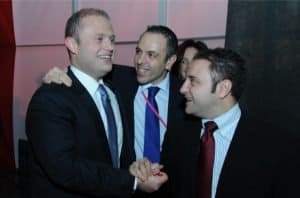 When Inspector Anġlu Farrugia detained Daphne Caruana Galizia, still in her teens, he sought to use the powers lent to him by law to crush the simple right of protest against government abuse and maladministration. It’s not just that he abusively detained a young woman in a sub-human environment to squeeze out of her the will to protest against the regime he worked for. He sought by the self-same action to crush the dissenting opinion itself, silencing it before it is spoken, stamping on it before it emerges as a green shoot under the acid rain of police power.

In suppressing questions on matters first revealed by Daphne Caruana Galizia, and assidously pursued in the political sphere by Simon Busuttil, the same Anġlu Farrugia, a little older, a little fatter, hardly any wiser, today stamped once more on the persistent willingness of protest to grow under the feet of a political hegemony that is too sophisticated for dingy cells and rough policemen but is more autocratic than the worst days of Karmenu Mifsud Bonnici.

You have to understand what we have here. We have a parliament that is set up by our constitution for the express purpose of holding government to account. But in the exercise of just that function an MP is silenced by his Speaker who is actually responsible to protect him against any government abuse. 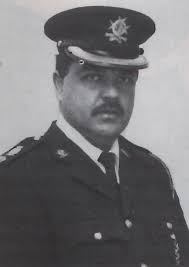 Sure the Speaker’s ruling is subject to review. It can be reviewed by a meeting of Parliament’s plenary if – a big if that – there’s agreement to set a date for it on Parliament’s agenda. When and if that date does happen, whatever is said will ultimately be decided by vote. A question of principle, a question of the core function of parliamentary rights, will be determined by vote. And we all know what the outcome of that will be.

You see, democracy can vote itself out of existence. Parliament can exercise its sovereignty in order to dismantle it. It is as illogical as suicide. It goes against the fundamental expectation of self-preservation, of rational choice, of MPs understanding why they are needed. Dictatorships pervert that logic.

Instead of protecting and enhancing the rights and interests of people who need truth and justice as much as they need air and food, MPs make themselves servants of power. Keith Schembri’s interest of hiding his bank accounts in off-shore secretive jurisdictions and in a bank that serves corrupt dictators like a gym serves jocks, trumps the interest of the people that those who govern them do not accept bribes and do not get to hide them if they do. 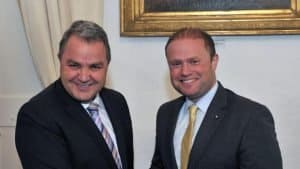 For that is what Anġlu Farrugia ruled today: that the public interest is better served by the continued opacity of Keith Schembri’s secrets than by their relevation. That it is better that we do not know whether the prime minister’s chief of staff takes kick-backs and hides them or he does not.

If Keith Schembri wanted to avoid tax in off-shore accounts as a private businessman and wanted to limit his risks to the extent of transient zealoutry at the tax office he should have stayed outside public office. Instead he chose to seek power over us. He obtained that power legally, legitimately and democratically. But he did not acquire the right to dodge taxes or the right to take bribes and then dodge taxes. And he has given up the right to refuse to answer questions from the public, from the press, and especially from Parliament, on whether he is taking bribes and dodging tax.

There’s so much Simon Busuttil can do. There’s so much his parliamentary colleagues can do. He can appeal the Speaker’s ruling. They can insist the appeal is debated urgently and refuse to cooperate on the business of the House until a suitable date is set.

They can argue until they’re blue in the face why Keith Schembri is accountable and should not hide behind that sold-out turnip of a Parliamentary Speaker that we have that has embalmed his soul, if you are inclined to think he ever had one, in the Magistrate’s robe prematurely fobbed on his daughter.

They can vote in the face of the sheer overwhelming, arrogant, morally ambivalent majority that will defeat them.

And the statement at least will be made. Another flower is lain on the altar of our moribund democracy. 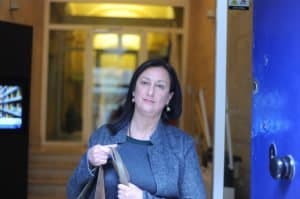 You can in the meantime do your own bit in this little more than symbolic, funereal protest fighting with bows and arrows against the cannons of a hegemonic regime intent on wiping out any dissent as it perpetuates its own corrupt incumbency.

On Friday 16th March it will be 5 months since Daphne Caruana Galizia was killed, the heaviest blow sufferred by our democracy. It is right that she is remembered. But it is also right that the occasion is used to make another statement of resistence which will feel as futile as Simon Busuttil’s appeal from Anġlu Farrugia’s tyrranical ruling, but will have that most important motivation for protest of them all: the fact that not registering the objection is adopted by the tyrants as the people’s consent.

We can never give them that.