Having and eating cake

The Times of Malta’s story today about Glen Bedingfield having risked his seat in Parliament during his term of contract with the government that expired last Christmas is interesting but, I would argue, incomplete.

The constitution seeks to separate the executive from the legislative. To an extent, in the Westminster model we use this is not an easy task since the executive is, at least notionally, elected from within parliament and is directly answerable to it. Because of that, government becomes virtually indistinguishable from the majority party in the chamber.

In order to help these distinctions there are a number of rules to retain parliament’s identity as a legislative chamber. One way of doing that is the constitutional rule that “No person shall be qualified to be elected as a member of the House of Representatives  if he holds or is acting in any public office”.

There are exceptions to this general rule, provided for in the constitution as well. The exceptions are that parliament itself may provide differently, if the public officer is on leave while serving as an MP or if they teach at the University of Malta. 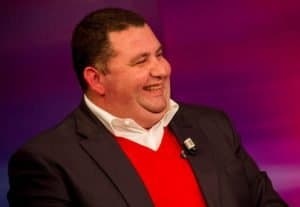 We can have a debate on whether a ‘contract of service’, as Glenn Bedingfield held, is a ‘public office’. The manner of engagement of public officers is secondary for the purpose of this discussion. I would argue that whether one is employed or contracted or engaged by Hungarian blood oath, if they are serving a function of public office for compensation – as Glenn Bedingfield is – they are, by the rules of our constitution, disqualified from serving as MPs.

But Glenn Bedingield is far from alone in this. He is certainly a painfully obvious example. He was appointed to serve in the room right next door to the prime minister. His function involves liasing between the executive and parliament. A constitutional exclusion of his engagement arrangements is a blatantly unacceptable scandal. Obviously he does not think so. And with the Times of Malta he is being coy about whether his employment was extended beyond last December, which almost certainly means he is out of order now.

But there are other holders of public office who do not teach at University, that have not been specifically exempted by Parliament and who are not on leave of absence from their public office employment while serving as MPs.

It would be interesting to run a test for all of them. I haven’t. I’m aware of Kristy Debono’s case. She is a full-time employee at the Malta Gaming Authority while serving as MP. And her case perhaps illustrates well the wisdom of the drafters of the Constitution even as they are being ignored. 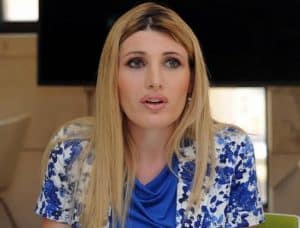 Kristy Debono’s attendance at her MGA duties are not what you’d expect from an employee. She diligently collects her salary monthly but her presence at work is occasional. Her boss at the MGA Joe Cuschieri has presumably tolerated this ‘arrangement’ for a long time.

Now Joe Cuschieri is moving to head the Malta Financial Services Authority. And Kristy Debono has moved to shadow the finance sector for the Opposition. Is Kristy Debono going to feel awkward pressing hard her former boss who had been so understanding of her mixed loyalties?

There are other examples of these situations in our Parliament. These are conflicts of interest we ignore to avoid facing the real issue here, that I keep harping on. Our parliament is designed for lawyers and doctors and architects who are free to do a little legislating after hours and keep their profession to feed the kids.

We resort instead to these dangerous compromises that limit the MPs’ ability to fulfil their functions and are, by my amateur reading of the Constitution at least, out of order.

Will this require a civil society lawsuit in the courts to have these MPs’ seats vacated or should we not rather respect the electors’ choices and ensure that MPs can afford to exercise their constitutional duties as legislators without being given fake (and illegal) jobs?