To start with, corruption is generally defined as “the misuse of public power for private benefit”.

In its summary, the Report highlights that Malta’s ranking dropped from an average ranking of 38th between 2004 and 2015, dropping to 47th in 2016 and recovering by only a step up at 46th of 180 countries in 2017. The best ranking was 25th in 2005. It also highlights that only 6 EU states rank lower than Malta – Italy, Bulgaria, Greece, Romania, Hungary and Slovakia.

In fact, Pilatus Bank is linked with Azerbaijan and Iran; the Russian Federation accounts for around 50 % of passports issued under the IIP Scheme. As regards Libya, around 88,000 visas were issued to Libyans under suspicious circumstances in the last few years.

The report has to be viewed in the light of the as yet pending magisterial inquiry regarding the alleged ownership of Egrant by Mrs Michelle Muscat (spouse of the Prime Minister), as well as alleged suspicious multiple payments having been made into Egrant’s bank account within Pilatus Bank.

It has also to be viewed in the light of the leaked FIAU (Financial Intelligence Analysis Unit) report highlighting that $1 million transferred into an Egrant account in Dubai from an account at Pilatus Bank held in the name of Al Sahra FZCO, a company owned by the daughter of the President of Azerbaijan, Leyla Aliyeva.

The Transparency report may have also not yet considered other FIAU reports leaked to the press with allegations on Pilatus Bank, Konrad Mizzi, Keith Schembri, Brian Tonna and Adrian Hillman. These reports are also the subject of pending magisterial inquiries based on suspicious transactions and FIAU conclusions that these transactions potentially reflected money laundering activities.

Also, the CPI would not have considered the recent arrest, in the United States, of the owner of Pilatus Bank, Ali Sadr Hasheminejad of Iranian Nationality, who uses no less than 4 passports issued by different jurisdictions, as well as the appointment by MFSA of an Administrator for Pilatus Bank in lieu of the Board of Directors and the suspension of operational activities by the bank which harbours mainly accounts for politically exposed persons linked to the Prime Minister and from the high risk countries mentioned above.

The Corruption Transparency Index which incorporates data from the Committee to Protect Journalists, shows that of all journalists who were killed in the last 6 years, 9 out of 10 were killed in countries that score 45 or less on the index.

Malta, with a score of 56/100 (0 is highly corrupt and 100 is very clean) seems to be one of the exceptions with the political assassination of Daphne Caruana Galizia.

It may be pertinent to highlight the following two quotes from the report:

Transparency International concludes with five top recommendations based on first-hand experience working in 100 countries around the world which show that activists and media are vital to combatting corruption. As such, it calls on the global community to take the following actions to curb corruption: 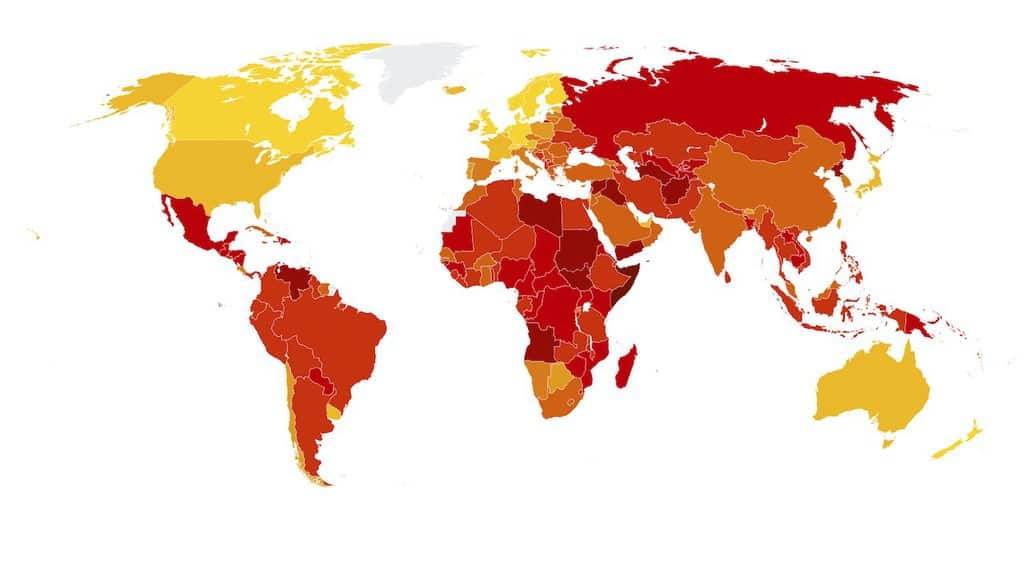