Resignations from directorships at Pilatus Bank have started. The ‘competent person’ running the bank filed the resignation of Director Joseph Jerry Liow-Yune-Loy with the MFSA and he’s out.

This may or may not be a missed opportunity to discuss with Mr Liow-Yune-Loy when he found out the owner of the bank he was director of was investigated for bank fraud and how deeply he looked into Pilatus Bank’s handling of PEP accounts.

It feels like things are happening on the hush hush in order to avoid getting answers, now that they should be wide open, to questions we’ve long been asking.

Are any of the assets in the bank being presumed as potential proceeds of crime? Has a fresh money laundering investigation started? Has an inquiry into the FIAU’s last ‘clean bill of health’ commenced? Have depositors been re-assessed for money laundering risk? Have recent withdrawals been reviewed?

Have historical evaluations of political exposure of clients been reviewed? Have staff been interviewed on past occurrences in the bank?

Are we looking at a neat stepped closure where depositors withdraw their funds, directors resign, employees find new jobs and the liquidator stays behind to pay the rent and switch off the lights?

Do Parliamentarians not consider the demise of a bank as an appropriate subject of a parliamentary inquiry by a cross-party select committee?

And, one final question for now, who is staying behind to sign the 2017 financial statements that are due to be filed within the next 4 days? 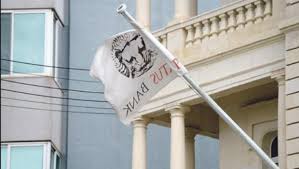