Papers filed in a US Federal court confirm Ali Sadr’s activities at Pilatus Bank have been investigated by US authorities and form part of their case against him. The US Attorney also informed the US court Ali Sadr is under separate investigation for money laundering in Malta.

In a statement in response to Ali Sadr’s request for bail,  Geoffrey Berman, United States Attorney for the Southern District of New York stated that “since the March 28 bail proceeding, the Government has confirmed through law enforcement officials that Pilatus Bank and Sadr are currently under Maltese investigation for money laundering”.

The United States Attorney that indicted Ali Sadr argued in court why the owner of Malta’s Pilatus Bank should not be bailed out due to a very high risk he might flee prosecution.

In providing a background to the US Court, the US Attorney spoke about Ali Sadr’s activities in Malta. He referred to a letter from Ali Sadr on Stark General Trading LLC letterhead directing the transfer of approximately $500,000 from Stark General Trading’s account at a bank in the United Arab Emirates to Pilatus Bank. Ali Sadr failed to declare this transfer as he was obliged to do.

This indicates that at least in this case money laundering laws were broken in Malta.

The court was informed of Ali Sadr’s activities in Malta as founder and owner of Pilatus Bank. The US Attorney explained that Pilatus Bank, Ali Sadr, and others were under investigation by Malta’s anti-money laundering unit for laundering funds from allegedly corrupt schemes on behalf of off-shore companies and individuals, including the chief of staff to the Maltese prime minister (who is alleged to have engaged in a widespread passport sale scheme) and the President of Azerbaijan.

“During the course of the investigation, an investigative reporter who had published stories about Pilatus Bank online was killed in a car bomb.”

The US Attorney asked the court to refuse Ali Sadr’s request for bail in view of the seriousness of his crimes and the overwhelming evidence against him. As a minimum Ali Sadr can expect to spend decades in prison and is therefore greatly motivated to flee. The court was also reminded that Ali Sadr is extraordinarily wealthy and has access to resources that could help him flee prosecution. 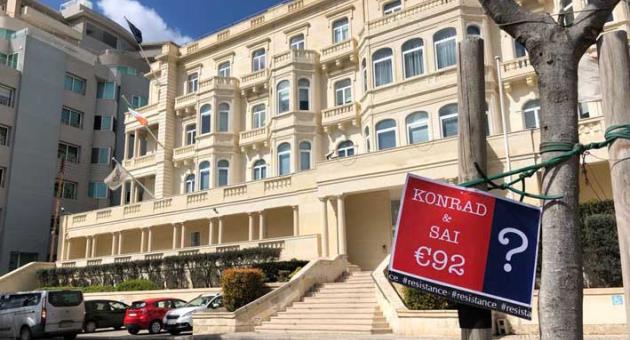