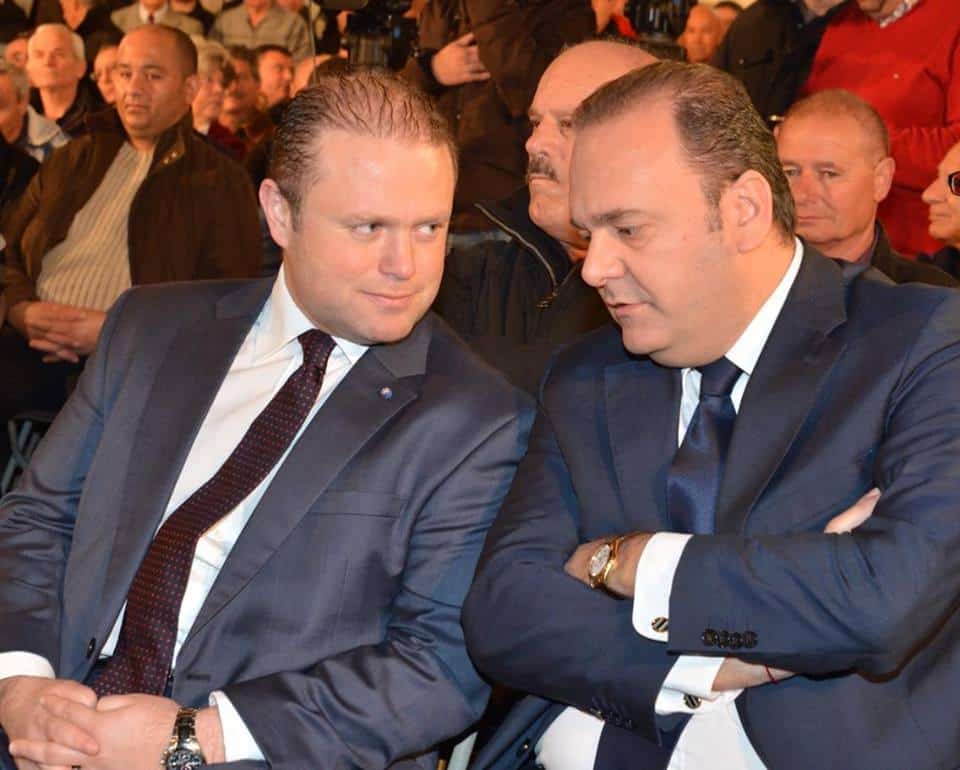 It has now been 12 hours since The Daphne Project has launched. Leading news organisations of the world have concentrated on Malta explaining to the world a complex story that is about the murder of a woman and the capture of a country.

The world has waited 6 months for Malta’s authorities to appear to live up to its prime minister’s words that no stones would be left unturned to find who killed Daphne Caruana Galizia. But too many stones were left lying exactly where they have always been to believe any of that anymore.

Chris Cardona has been on people’s lips for most of those 6 months.

The evening Daphne died, Parliament met to hear sombre speeches from badly written scripts. MPs told me Chris Cardona looked ashen faced, far from his usual cocky self, as if his strength had been drained from him.

This is not hindsight. This was a stark impression perceived right at the time.

It did not make him guilty of anything at the time, nor does it now.

But as whispers of his conversations with one of the alleged killers spread and links between the assassins and a person known to Chris Cardona emerged from research in the public record, it started to feel like the possibility of a connection was far from unlikely.

But establishing whether a person has committed murder is not for water-cooler conversations or for whispers and gossip. Guilt or innocence is not determined by journalistic investigations either.

The finding of the stories published yesterday is not that Chris Cardona is the mastermind behind the killing of Daphne Caruana Galizia. But that Chris Cardona could very well be and it appears the police have done nothing, nothing at all, to assess whether they could rule him out.

The stories published yesterday show that the same water-cooler conversations that lawyers and opposition politicians have been having, were also had in Castille. That everyone expected this and had been talking about it for months.

And yet no one in the police investigating team thought an interview with Chris Cardona might prove interesting.

The Daphne Project has managed to speak to two separate eye-witnesses that attested to the conversations Chris Cardona had with one of the accused assassins before, and apparently after, the killing. That was and is enough to publish.

They asked Chris Cardona to comment and he has. At one point he says “I do not however recall having any discussions with any of these individuals, and have definitely never had any meetings with them.”

That answer may be narrowly referring to whether he had discussions with any of the assassins around the time of the bombing. But it is categorical enough to sound like he is saying he never actually spoke to the assassins.

Which of course is not true. Vince Muscat, one of the three suspects, spoke to Chris Cardona after his arrest when he was treated for the wounds he suffered in the June 2010 HSBC heist.

In any case, quite apart from what cannot be inferred from these conversations he may or may not have had, some inferences are eminently justified:

Firstly, our Economy Minister has had for several months a dark shadow of suspicion of being possibly involved in a murder. His guilt or innocence is secondary to the primary consideration right now that our economy is being managed by someone who needs to battle to preserve his reputation, such as it is. He tried to ignore this throughout these last 6 months.

His position is thoroughly untenable. He should resign until his name is cleared if that were even ever possible.

Secondly, the leadership of the Labour Party includes a person who should be by all objective accounts a murder suspect. There is a point where even the most cohesive political party should withdraw solidarity from one of its own. A party may choose to take a hit and cover for one of its leading members’ incompetence. They can even think they should close an eye to corruption if they are so inclined. But covering up for suspicion of murder and retaining solidarity until conviction rather than the point where The New York Times is writing about it, is effectively harbouring a fugitive.

Chris Cardona should be made to resign or fired from the Labour Parliamentary whip until he clears his name, even if that were ever possible.

Thirdly, and I think most importantly, it should be clear to everyone now that the investigations into the killing of Daphne Caruana Galizia are regulated by the narrow political interests of Joseph Muscat. The clear and present suspicion of political motivation behind the homicide requires politicians to be kept as far as possible from these investigations.

La Repubblica reports prior knowledge of the Maltese spy agency of the activities of the lead assassin. There is a distinct possibility that emerges from this fact: that someone who had the means to prevent Daphne Caruana Galizia’s assassination stood idly by and watched her die.

Whoever therefore may have commissioned this murder, whether it was Chris Cardona or not, a complicity of state-sponsored silence ensured that this murderous plan was seen through.

The resignation of Chris Cardona would not bring us even an inch closer to any satisfaction that investigations would be untarnished by the political interest of the crooks who run our country.

The conclusions from the stories published by The Daphne Project in the last 12 hours therefore are not forensic. We are not watching an episode of Ironside here. I hope not to come across people who ask me ‘but is there more because this does not prove he killed her?’ I’m sure I’ll end up in blows.

This is what Malta never understood in Daphne’s work. The press has done its job of letting us know the facts. How about asking the police now to do theirs? And how about we do our own job as citizens of demanding the prime minister get the hell out?