When Daphne Caruana Galizia a year ago and further back wrote about a bank in Malta set up to service the Azerbaijan regime, she was accused of lying. When she reported how its clients included the children of Ilham Aliyev of Azerbaijan, Labour told her she was inventing things. When she reported how the energy minister – the second richest man in Azerbaijan – used Pilatus Bank as his vehicle to access Europe, she was ignored.

Now The Daphne Project has gone deeper into these stories. Journalists have independently verified them in detail, found out even more and published them. Labour now calls them “rehashed stories”. ‘Nothing new’.

It would be appropriate at this point to despair. These people are worse than children changing their lies and excuses as their contradictions crash around their ears.

The laundering of misappropriated funds from the kleptocrats of Azerbaijan into European assets is a matter of global interest: stories that fit comfortably on The Guardian and The New York Times.

But here in Malta a number of conclusions must not be missed from these new Daphne Project publications:

Daphne Caruana Galizia is shown once again to have been an extraordinarily competent journalist with sound judgement for accuracy and unparalleled access to sources.

The only reasons these stories are “rehashed” (which obviously they’re not, except that the starting points are familiar to us) is that Labour used all its resources to prevent any action to be taken about them.

Had the United States not jailed Ali Sadr, Pilatus Bank would still be operating right now and we’d be telling Die Zeit and France 2 they are lying because they want Simon Busuttil back.

And what’s so wrong with looking at truths again, verifying them further and publishing them again and again? Do we tell our children we’ve heard the story of Noah’s Ark before?

Yes Edward Scicluna, hear it again. Under your watch Pilatus Bank laundered money for dictators and used your blessing and your license and the reputation you inherited from your far more capable predecessors in order to launder those dictators’ ill-gotten gains.

What’s more Edward Scicluna for the past year and more you were told this was happening by Daphne Caruana Galizia and others.

So hear it again. As often as it takes. Until you face up to the simple fact that you let this happen; that you lost your mind counting and recounting your coins in your lair whilst leaving your crops to dwindle and rot, unharvested in the sun. 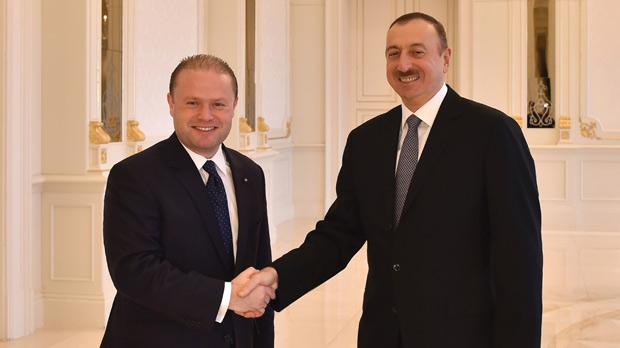