The impunity must end 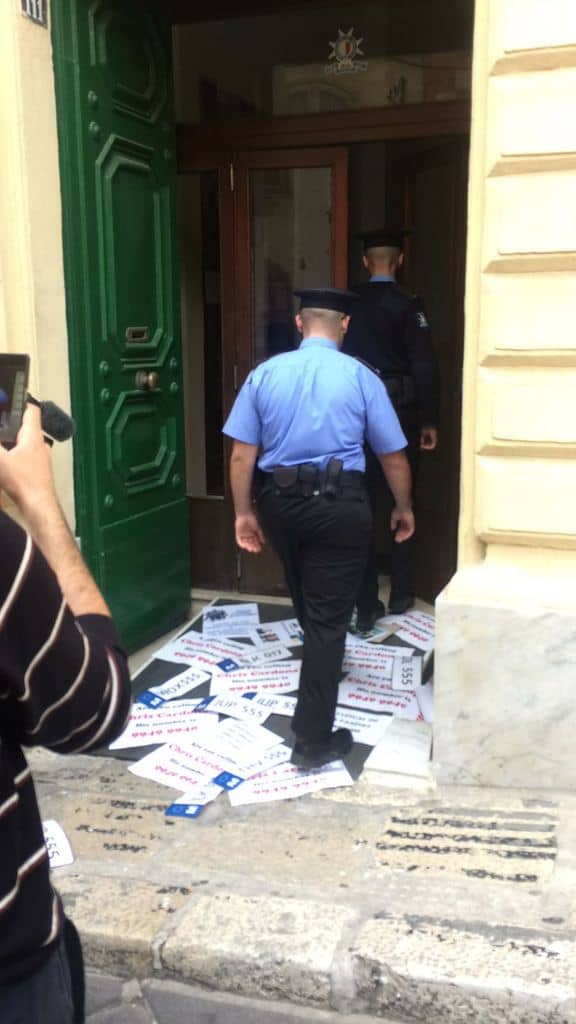 The image of a policeman walking over banners showing Chris Cardona’s mobile number sums it up eloquently enough.

France 2 yesterday showed a filmed eyewitness account of someone saying they saw Chris Cardona speak with one of the accused assassins who killed Daphne Caruana Galizia at the time of her death.

If the world cannot look away from this simple fact why does our police?

If someone reported they saw me speaking with il-Fulu in a bar around the time of Daphne’s assassination I would at least expect the police to ask me some questions.

The law is equal for everyone. If it isn’t, it is no law.

Previous:Looking for the way out
Next:Jason Azzopardi: On the hidden circles of power

THE SUNDAY TIMES: Freedom to volunteer