The petition to have the Archbishop of Malta removed if he does not resign of his own accord has been bumped off Change.org. Facebook and other social media outlets have enough problems as it is with people using it as a vehicle for Fake News. The blatant lie that the Archbishop said the provenance of the money promised to the Puttinu fund raisers by the prime minister was illegal was just the Fake News Facebook is very keen to stop.

But whether it can run on Facebook or whether OPM officials have the same sort of courage to go out in the streets and collect signatures for the removal of the Archbishop the old fashioned way, the real story here is that Joseph Muscat, prime minister of Malta, has engaged his staff to campaign against the Archbishop. 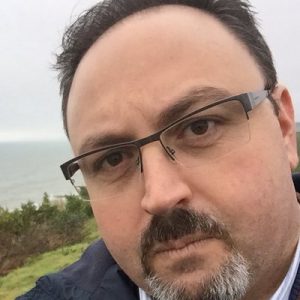 As everyone and his brother knows the Facebook campaign was set up by Josef Caruana, an official in the private staff of the prime minister recruited as a “person of trust” (it says so on his contract; that is not a euphemism).

There can be no error then. Joseph Muscat has engaged Charles Scicluna in battle and a politico-religious crisis is now in place.

I say religious because Charles Scicluna is a spiritual leader. But he’s also a civil society leader heading an organisation that is neither a state institution nor a private commercial interest but a major stakeholder in the workings of this community.

I do not need to put words in Charles Scicluna’s mouth, for two reasons. First the words that he does speak are clear, loud, unambiguous and compelling without needing my help. Second because I leave it to Josef Caruana to do that.

Joseph Muscat has shown that he completely misunderstands the church’s position on corruption, his as everybody else’s. Corrupt politics are not something either Pope Francis or Archbishop Charles Scicluna are willing to remain neutral about. Corruption hurts society. It is wrong. It has victims. It broadens the disparity between those who exploit and those whom they exploit.

This is a Pope that is canonising Oscar Romero. He is not going to fire an Archbishop for speaking out against corruption.

Pope Francis’s reaction, if I may hazard a guess, to this request for Charles Scicluna’s dismissal would be to make sure his protocol office give Joseph Muscat a front row seat for Romero’s canonisation ceremony so people can watch Joseph Muscat’s face while he’s giving his sermon.

Kicking Charles Scicluna is for the bullies that run our country no different than the way they kick all independent thinkers, writers, activists and leaders in this country. Their use of lies to mock, to twist, to slander, to demonise and to isolate their critics is stock in trade for them. They organised it to the point of making the killing of Daphne Caruana Galizia desirable for their followers. And their appetite for Charles Scicluna’s blood is no less voracious. 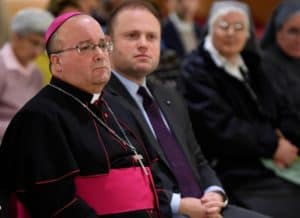 They don’t want Charles Scicluna withdrawn by Pope Francis. They want him isolated and detached from the ears of their followers. They want them to think he said what they tell them he said not what he really said. They want to make him another Daphne Caruana Galizia, as good as dead to those who would rather burn books than read what could cause them doubt Joseph’s dogmata.

Joseph Muscat, and his little Torquemadas like Josef Caruana, pronounce ex cathedra what they proclaim to be true and suppress any diversion as heresy.  Those who do not abjure heresy and refuse to pay homage to the great Joseph must be silenced, removed, exorcised from public discourse.

I can hear Charles Scicluna in my mind: ‘eppur si muove’.

On 16th April, 2018 at 6pm Archbishop Scicluna is saying mass at St Francis Church in Republic Street, Valletta, 6 months after Daphne Caruana Galizia was killed. Joseph Muscat, I suspect, will give it a miss. I won’t.