I’m meeting friends in Valletta tonight at another vigil to remember Daphne Caruana Galizia. I plan to speak at the event. The time for thanks and for protest, for grief and for anger, for admiration and for regret is far from over. So many people’s impatience to see it done justifies its unforced continuation.

Like her we had gone through six months of frustration at the apparent futility of it all. Labour appeared not to have lost a vote. Joseph Muscat was as strong as ever. The political opposition’s ability to resist him, never mind defeat him, had become worse and worse.

To the point, six months ago when it felt like all was in vain even before the greatest futility of all.

It felt like truth was a substance one best stay away from.

But the illusion of ‘the best of times’ is starting to crumble. The on line trolling is no longer a partisan nuisance: it has become frantic, acid with the panic of fear. Police suppression of protest has become anticipatory, even premature. The forced silence of a regime scared of hearing its knell betrays panic.

The sixteenth of every month will continue to be a rallying point. They will be dates to concentrate minds and for minutes to pause from the inward looking pettiness of our mundane lives.

The mockery of those who think a cult has formed around Daphne Caruana Galizia is borne of fear and reluctant admiration. This is no cult. We are no sect.

We are true citizens of a country we love. We are participants of a society that needs fairness to survive. Truth and justice and courage and constancy are not muses we paint on the corners of our hagiographies. They are values inculcated in our childhood, central to our sense of who we are.

The ultimate unfairness is the denial of life itself, the last possession of any woman or man. No one’s life is worth less than her’s. Her life is worth at least as much as anyone else’s. But depriving her of her life, deprived her sons and her husband, her parents and her sisters of the enjoyment of their greatest treasure.

And they deprived our country of a brilliant mind, a stinging conscience, and a knight of truth.

Today is not another month of an extended mourning. Today is a march of pride of people who return the loss they have been made to suffer by picking up where she was made to leave off.

Today we pause in silence.

Tomorrow the fight goes on. 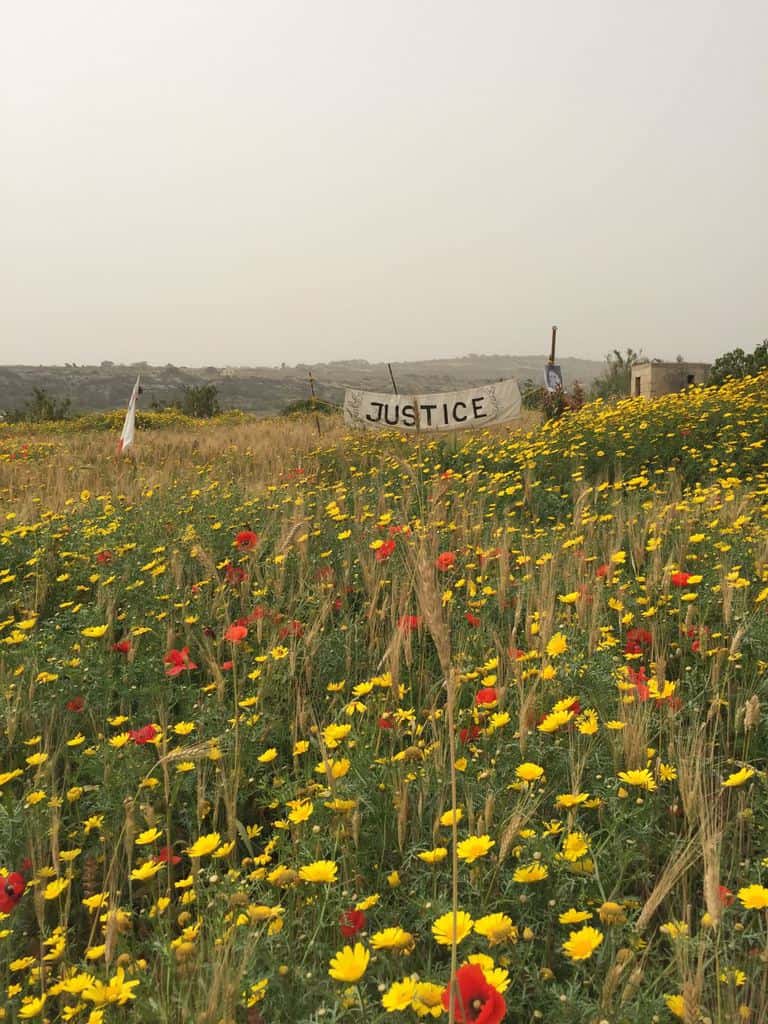